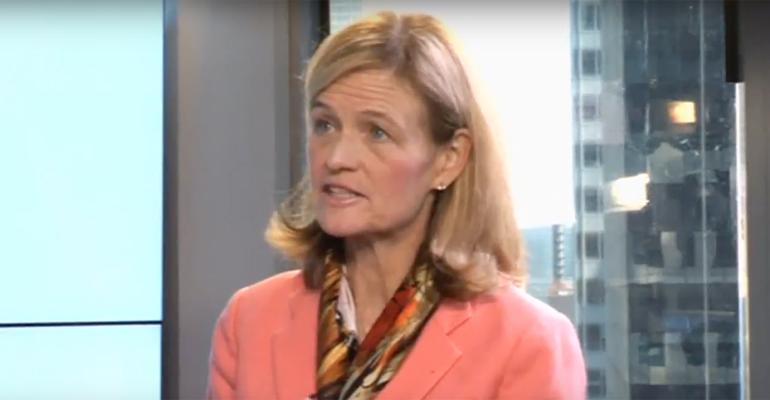 Elizabeth Lilly on her new fund, why active investing works for small-cap stocks and what research says about female portfolio managers.

Elizabeth Lilly, who had a noted six-year run as co-manager of the GAMCO Westwood Mighty Mites fund, has now opened an investment firm of her own, Crocus Hill Partners, in Minneapolis, to invest in small- and micro-cap stocks with a value tilt.

Lilly discussed these and other issues in a recent interview.

WealthManagement.com: What are the attractions of small- and micro-cap stocks as opposed to mid-cap and large-cap?

Elizabeth Lilly: Small caps are misunderstood. They aren’t well covered, as the Wall Street model has moved to mid- and large-cap for larger commissions. At the $300 million market-cap level and below, these are companies no one cares about. And they are inefficiently priced. There are wonderful companies at a significant discount to what we think they’re worth.

Small-cap companies are easier to research, because you don’t have to worry about a Wall Street note coming out about missed earnings, with 10 analysts following the stock. If you are willing to roll up your sleeves and do your own research; that’s the crucial aspect. You must also learn the business by building your own models. You must go visit—see the whites of their eyes—ask questions, learn the finances—see how they run their company.

Smaller companies are more willing to spend time with you. They want their companies to be understood and fairly priced. If you’re willing to get on a plane, you can get 45 to 60 minutes of their time for the access you don’t get with bigger companies. Management welcomes you, because they don’t get a lot of visitors.

It’s just as easy to analyze a small company as a large one, maybe even easier. If you go to GE it’s very complex, but many small companies produce just a single product.

WM: What are the most important elements of your investment philosophy?

EL: We look for companies with strong ROIC (return on invested capital). We want a good management team, companies that allocate capital well, a disciplined balance sheet and high inside ownership. And the founder might own 30 to 35 percent of the company. They eat their own cooking—they are concerned about creating value just like you. It’s easier to find all these things in a small-cap company.

There also needs to be a catalyst present to surface the value of the company. Maybe it’s a new management team, a consolidation in the industry or a change in regulation, so the company can grow revenue faster.

WM: What’s your outlook for small- and micro-cap stocks in the next year?

EL: The economy is improving, particularly with the tax bill and the benefits it offers to small companies. That will hopefully spur capital investment that we haven’t seen for a long time. As for rising interest rates, it’s a misnomer to say that as interest rates go up, it’s bad for small caps. Studies show they outperform large caps with the economy going strong.

WM: What do financial advisors do well and where can they improve in terms of guiding their clients in small-cap stocks?

EL: Financial advisors realize that over time small caps have outperformed all other equity classes. Where they could do better is to help them realize that while it’s commonly believed small cap is more volatile and risky than large cap, in fact that’s not the case.

You don’t need to be afraid of small cap. advisors often don’t steer enough client wealth to small- and micro-cap. As you get older, you reduce your equity holdings. But I think advisors would do well to put younger and even middle-age clients into small caps because of their outperformance over the long term.

WM: Do women add anything to money management that men don’t?

EL: That’s a loaded question. But all the studies I’ve read show that women outperform men over time. That’s partly because male portfolio managers turn over their portfolios more, which is less tax efficient. For the most part, women are more patient investors. If a company disappoints or its strategy isn’t executed as quickly as hoped, women are less likely to quickly dump the stock.

WM: What are the most important developments you’ve seen during your 30 years in the investment business?

EL: The biggest development changing our business was the internet. It equalizes distribution of information. In the past, when you wanted information from the company, you would have to call and investor relations would mail it out to you. Now you can just go to the company’s website and read the 10K by lunch time. It makes information easier to get, and it makes the market more efficient.

Then there’s the advent of index funds and passive investing. That’s actually positive for small- and micro-cap investing, because there’s not a lot of index investing, creating more opportunities for active managers. I don’t think passive investing will happen much in small cap. It’s such a small space, so the products will be very volatile. Liquidity in the stocks isn’t very high. There are some small-cap ETFs, but I don’t think you will have a vehicle where people are happy with the returns, because it will be incredibly volatile.

WM: What do you think might be some interesting developments going forward?

EL: In the next several years, we will likely see the move toward passive vehicles swing back to active. When the next market correction comes, and people see that passive strategies offer them no protection, there will be that move out of them. Active managers will significantly outperform passive in a downdraft.