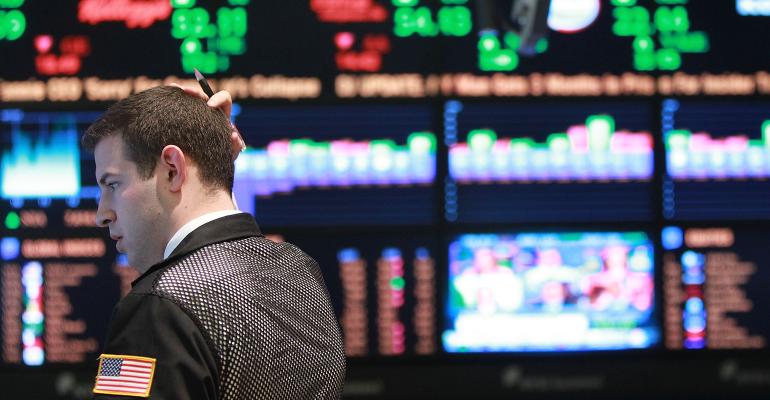 Active Funds Are Blowing It by Riding Interest Rates All Wrong

Depressed rates lift high-dividend shares at the expense of the low-dividend peers favored by equity pickers, according to Nomura Instinet analysts.

(Bloomberg) -- Stock pickers love to pin their woes on the rise of algorithmic strategies and exchange-traded funds. But a team of quants argues they’ve just been caught flat-footed by slumping interest rates -- and there’s a fix.

Holding low-dividend stocks during an era of rock-bottom borrowing costs and reducing portfolio turnover help explain why active-manager performance has “collapsed” since 2018, according to Nomura Instinet LLC analysts led by Joseph Mezrich.

Depressed rates lift high-dividend shares at the expense of the low-dividend peers favored by equity pickers, the team argues in new research this week. Throw in a trend toward reducing portfolio churn to save on transaction costs and it’s a poisonous cocktail for active management.

“Much of the poor active manager performance of recent years can be traced to how funds have been positioned for interest rate movements and how funds have reduced portfolio turnover, presumably to reduce costs,” the team writes. “Importantly, there may be remedies.”

With rates set to stay lower for longer and pressure on fees growing across the industry, managers should look to high dividend yielders, according to Nomura. They should also boost portfolio turnover to avoid “momentum traps,” or hanging on to winners long after they’ve stopped winning. Momentum factor “optimization” or “hedging” can also help, the team said.

Last quarter was another to forget for large-cap managers, with just 21% outperforming their benchmarks after fees, according to Nomura Instinet. That echoes recent findings from Bank of America.

Thanks to their status as bond proxies, high dividend payers have outperformed amid the central bank-induced global slump in borrowing costs. That’s been bad news for active managers, whose biggest overweights tend to be low-dividend-yielders, according to Nomura.

Meanwhile, rising borrowing costs tend to coincide with stronger performance for smaller firms, which have greater sensitivity to the state of the economy. When small-caps do well, “market diversity” increases, providing managers “a larger pool of alpha opportunities,” the quants write.

That pool has been awfully shallow in recent years as the opposite has been true -- the performance of small companies has lagged as growth slowed and rates were lowered to support the economy.

To contact the reporter on this story:
Yakob Peterseil in London at [email protected]

To contact the editors responsible for this story:
Samuel Potter at [email protected]
Sid Verma