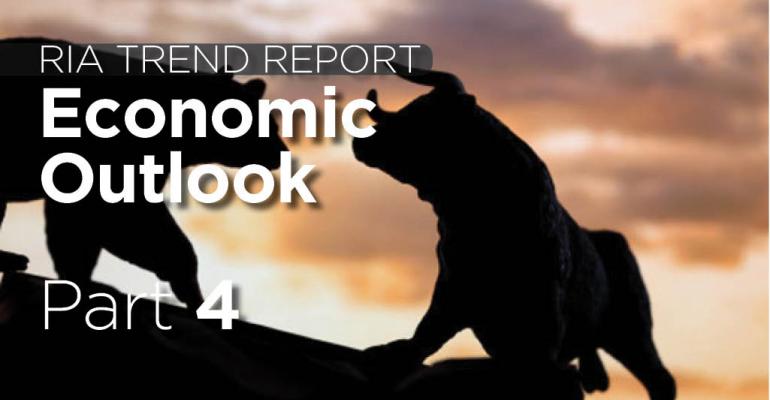 RIA Trend Report 2016: Expected Growth Rate of Advisory Business Over the Next Year

An uneven economic recovery and volatile equity markets appear to have tempered advisors’ growth expectations compared to prior surveys, which is demonstrated by an examination of the distribution of responses to this question. As we observed the prior two years, a large majority of respondents expect either moderate growth of 11% to 20% or slow growth of 10% or less. However, the mix within these categories reflects a bit more pessimism this year. Specifically, we observe that a much higher percentage of RIAs expect only 0-10% growth over the coming year: 41% of respondents compared to 28% last year and 36% in 2013. Similarly, those expecting 11-20% growth fell to 38% from 46% last year and 41% in 2013. In addition, there is also a notable decrease – 7% this year vs. 14% last year - in the most optimistic segment of advisors who expect growth over the next year to be greater than 30%. The moderation in optimism likely reflects the aforementioned economic slowdown, questions about the timing and trajectory of Fed policy, and uncertainty with respect to the Presidential election in 2016.

Next Part 5 of 6: Key Drivers of Growth in the Next Five Years