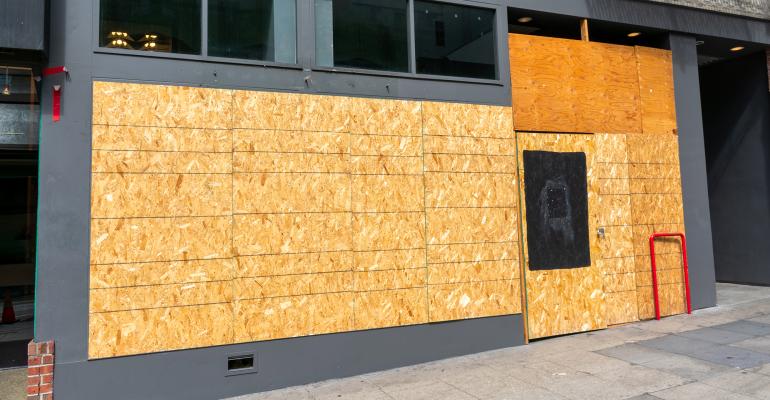 SVP Doubles Down With $5 Billion to Hunt for Troubled Assets

(Bloomberg)—An epic shortage of distressed assets isn’t deterring Strategic Value Partners LLC, which is doubling down on the sector by starting its largest fund dedicated to troubled companies.

SVPGlobal raised $5 billion for the Strategic Value Special Situations Fund V to buy debt and equity in struggling companies and seek control of businesses in restructurings, according to a statement reviewed by Bloomberg.

SVP plans to bide its time with a four-year investment period for the fund, but Chief Investment Officer and founder Victor Khosla has already put about 10% of the cash into the industrial, aviation and real estate sectors in the U.S. and Europe. It’s a slow and steady process, Khosla said in an interview.

“If you’re a typical distressed-debt investor, you’re deploying a lot of capital very quickly. We don’t,” he said. “We take a more evergreen approach and deploy capital steadily. If there is a crash, we will accelerate. But it’s never boom or bust for us.”

SVP invests globally, buying debt from banks and funds that want to get it off their books, and taking a direct role in companies by acquiring controlling equity stakes through restructurings. The task for Greenwich, Connecticut-based SVP and its peers hasn’t gotten easier lately, with the volume of traded distressed bonds and loans shriveling to about $72 billion from nearly $1 trillion when the pandemic first took hold.

That won’t last, according to Khosla, who said government bailouts during the pandemic gave overleveraged companies a pass.

“Next time there is a crisis, it will be deeper, because the excessive leverage and problems never got fixed,” he said, and the crunch might come sooner than later. “I don’t think we’re going to be waiting for 11 years” like the last economic cycle.

Despite the distressed drought, SVP is finding targets. The firm invested $7.5 billion in the past 18 months, Khosla said -- about $4 billion in the final three quarters of 2020, and it’s stepped up the pace to put another $3.5 billion to work in the first half of this year.

The newest fund is nearly double the size of its predecessor, which collected $2.85 billion in April 2018. That pushes SVP’s assets under management to more than $17 billion, making it one of the larger practitioners of distressed debt and special situations investing.

The strategy is more than just buy low, sell high, Khosla said. “We find we can create a lot of value operationally for many of those businesses,” he said.

SVP controls 10 businesses with 16,000 employees, according to Khosla. The firm has been in business for two decades. Its roots are in corporate distressed debt and restructurings, but over the last 12 years, it has developed and made investments in a number of “hard asset” industries, including infrastructure, real estate, aviation and power generation.

Around 65% of the firm’s work is in restructurings and debt. Another 35% involves deals with harder assets like toll roads, power plants and aviation. Both the New Jersey Department of the Treasury, Division of Investment and the Connecticut Retirement Plans and Trust Funds are new investors to SVP.

The tactics are paying off. Investors in three previous iterations of the fund launched in 2008, 2010 and 2013 have more than doubled their money with potential for more upside to come, according to people familiar with the results. The fourth version, which started in 2018, has already generated a 60% profit above cost through June 30, the people said.

The firm is expanding its staff to pursue opportunities on both sides of the Atlantic and keep up with the expansion in assets. SVP grew to roughly 130 employees, including an investment team of around 50, representing a 45% increase since April 2018.