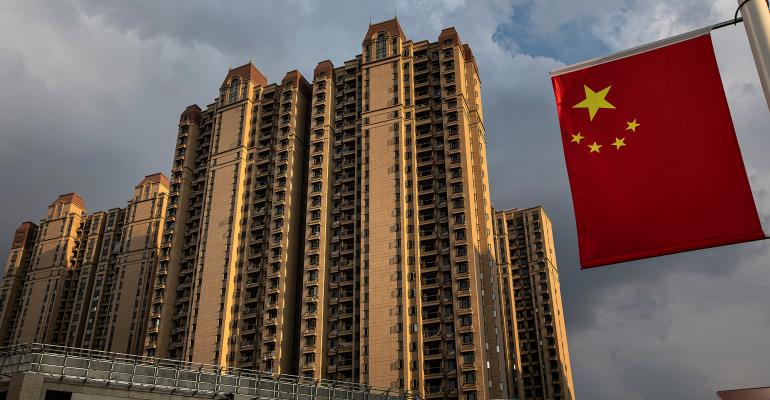 China’s distressed-debt managers have been in turmoil as aggressive lending to embattled developers and unchecked expansion into other areas during the sector’s boom years has beset the $730 billion funds with heavy credit losses.

Net income for the first six months at Cinda dropped 33% to 4.51 billion yuan ($652 million), after impairment losses on assets jumped 85%, according to an exchange filing. Huarong, which is also due to report Monday, had expected to post a net loss of 18.88 billion yuan for the same period, compared with a profit of 158 million yuan a year ago.

China’s distressed-debt managers have been in turmoil as aggressive lending to embattled developers and unchecked expansion into other areas during the sector’s boom years has beset the $730 billion funds with heavy credit losses, sending their bonds tumbling. Beijing is now weighing a preliminary plan to restructure the sector that could see state-backed entities take over three of the firms, people familiar with the matter said.

China Great Wall Asset Management on Friday reported a net loss of 8.56 billion yuan for last year after postponing the disclosure deadline twice, citing souring asset quality and losses from fair value changes. That compared with 2.1 billion yuan of profit the year before.

Beijing-based Huarong, Cinda, Great Wall and China Orient Asset Management Co., were created to buy bad loans from banks in the aftermath of the late 1990s Asian financial crisis, when decades of government-directed lending to state companies had left China’s biggest lenders on the brink of insolvency. The so-called AMCs later expanded beyond their original mandate, creating a labyrinth of subsidiaries to engage in other financial businesses, including shadow lending.

They have lent money to the majority of the country’s top 50 developers over the years. Property accounts for about 44% of Cinda’s acquisition and restructuring businesses.

“Real estate enterprises present significant credit risks, and some local governments are faced with severe debt risks,” Cinda said in the statement. “The distressed entities and distressed assets will increase. AMCs shall give full play to their professional advantages, take the initiative to act, and actively participate in the prevention and defusing of major risks.”

Chinese authorities in the past year have ordered the AMCs to pare back non-core businesses and shed assets from securities to insurance to reduce risks and return to their original remit. More recently, they were pegged as potential white knights to the crumbling real estate sector, only to be found knee-deep in the troubles themselves.

As part of the overhaul which may take place after the Communist Party Congress this year, one solution under consideration would be to have state-owned China Everbright Group acquire Great Wall while Orient and Cinda would be merged. The aim in the long run would be for a combined Cinda and Orient to become the only bad-debt manager with a nationwide operation to deal with distressed assets, people familiar said. Huarong and Great Wall would focus on handling the non-performing loans of their new parents -- China Citic Group and Everbright.

--With assistance from Zheng Li.