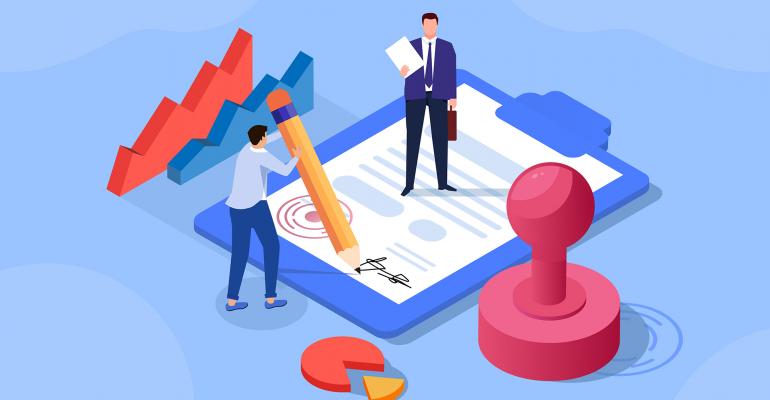 I’m sure you’ve heard it all before ... negotiate your contracts with key business counterparts up front as much as possible, and certainly prior to signing them.

As much as I try not to sound like a broken record, the importance of doing so and uncovering potential areas of concern cannot be understated. Opportunities for further negotiation or clarification can be identified explored with the other side . . . especially if those contracts hide one-sided terms, unrealistic liabilities or impossible performance items.

Okay, I get it. Negotiating and developing contracts may seem tedious and yawn-inducing for most business owners. However, taking these proactive steps up front can ensure better transparency in the business relationship, and also ensure you’re not assuming unnecessary risks that could blindside you later.

And you should be doing these things even if you have a personal relationship with the other side. After all, at the end of the day, this is still a business transaction.

Here’s a real-life example where failure to be proactive led to catastrophic business and litigation outcomes.

The parties entered into a series of agreements in which the manufacturer agreed to produce all of the components needed for this project, as well as obtain necessary drawings, permits and approvals at the initial site. The manufacturer was also financing the development company’s own costs on the project, so there were additional loan agreements, including a promissory note and personal guaranty from the owner of the development company.

Unfortunately, the development company had not reviewed or negotiated these very one-sided agreements in advance. As a result, the manufacturer took liberal interpretations of its own obligations related to the timing of producing these components, including when it needed to provide those pesky architectural drawings and obtain permits and approvals. This of course resulted in significant and unnecessary delays and costs to the development company, all of which had been financed by the manufacturer.

As a result of the persistent delays, the municipality refused to issue necessary permits and approvals for the project. The manufacturer then decided it would take over and complete construction of the project on its own, pointing to vague language in the development agreement addressing project delays. In other words, the manufacturer was claiming it could terminate the construction agreement simply by virtue of the municipality refusing to issue permits and approvals . . . even though it had directly caused those delays.

But it didn’t stop there.

The manufacturer then demanded that the development company pay the full outstanding loan balance by the deadline in the agreement, which of course had also not been negotiated in advance. The development company refused to do so given the circumstances, so the manufacturer proceeded with filing a seven-figure lawsuit against the company and owner.

Not surprisingly, the manufacturer’s form agreements had also been drafted with one-sided attorney’s fees provisions. This meant that the development company not only had to pay for its own fees in defending against the lawsuit, but it also had to pay the fees incurred by the manufacturer . . . which had hired a national firm to represent its interests, with the lead partner charging over $600 per hour.

The litigation battle was unfortunately an uphill one given the development company’s failure to negotiate the agreements up front. The manufacturer was also stubborn during the litigation proceedings, refusing to back off its uber-aggressive interpretation of the agreements and litigation position.

Attempts at settling the case, including multiple mediation attempts, were likewise futile as the manufacturer refused to settle for anything less than the full outstanding loan balance and all attorney’s fees it continued to accrue during the lawsuit. Ultimately, the development company’s was being forced to “bet the company” at trial.

In the end, the development company and its owner had no other option but to file bankruptcy.

Don’t let this happen to you. Contract negotiation is critical component of running your business and should not be dismissed. Being proactive by balancing out one-sided language and clarifying vague and ambiguous terms up front can minimize catastrophic business and litigation exposures like the one above.

First, consider developing your own set of “pro company” contracts which can be tailored across multiple business functions and deployed proactively. Needless to say, the one-sided provisions you were once worried about would be flipped toward exclusively protecting your interests. A process should also be developed to be flexible enough to accommodate having to react to the other side’s forms when necessary.

Keep in mind, some business counterparts will demand their forms be used. That’s okay, you generally shouldn’t blow up relationships over initial stubbornness. Instead, if this occurs, simply request a copy of the contract in Word (or other editable) format. Reasonable business counterparts should expect that you will want a copy to redline if they demand use of their one-sided form.

Be prepared that your business counterpart may not be willing to negotiate any language in its form contracts. At least you know, so you can make a business decision one way or the other as to whether you want to continue pursuing the business opportunity (hint, if they are going to be this difficult in these initial negotiation stages, consider how they may behave if issues arise during performance of the contract).

These little ounces of prevention can mean metric tons of cure for your business, including living to fight another day in the event of worst-case scenarios!

Chris Keefer is a principal with Keefer Strategy, a preventive law practice based in Lake Oswego, Ore.