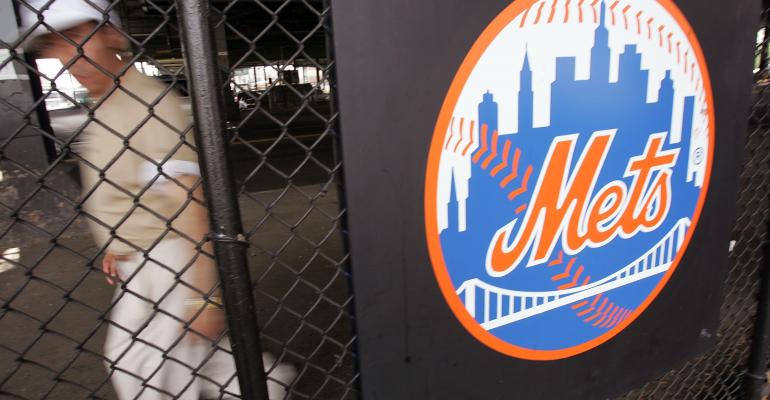 For the last decade, Wilpon’s been running Sterling Project Development, charging a fee to develop stadiums, arenas and other complex projects. Wilpon says he’s leveraged his relationships in sports and reputation for delivering projects under budget to win business from the Green Bay Packers, New York Islanders and other pro franchises.

Wilpon, 58, may soon have more time to devote to the real estate business, which he manages with childhood friend Richard Browne. The owners of the Mets, led by Jeff’s father Fred, are in talks to sell up to 80% of the franchise to billionaire investor Steven Cohen in a deal that could see the family relinquish control of the team over the course of five years.

The potential sale of the team has no impact on Wilpon’s role with SPD, according to a team spokesman. In an interview before the plan emerged, he described a bullish future for stadium construction as sports teams turn to real estate development to help cover the spiraling costs of new facilities.

Sports franchises are typically run by executives with more experience constructing rosters than buildings, creating demand for SPD’s services. Rather than putting its own capital at risk, the firm profits by hiring itself out to sports owners and other clients.

“I am not out there gunning to pay the highest price for a piece of dirt to go be the developer,” Wilpon said. “I think the business is good enough the way it is that if we keep growing it and it’s organically growing, we’ve got plenty of things to do.”

U.S. sports teams, often armed with public subsidies, have poured more than $42 billion into stadium projects over the past two decades, according to data compiled by Austin Drukker for a forthcoming paper in the National Tax Journal. The boom is often traced back to the success of the Baltimore Orioles’ Camden Yards, which helped convince owners that a new, downtown ballpark could be a boon to business after it opened in 1992.

Before long, franchises were building out entire neighborhoods, erecting hotels, shops and restaurants. The projects give fans new ways to spend money, and can create revenue the teams don’t have to share with players or competing teams. In Green Bay, where SPD is helping the Packers build its Titletown neighborhood, the focus isn’t the stadium, but the surrounding real estate.

“You have a new financing mechanism that makes it look like the city isn’t investing money,” he said. “The city very often is investing the same amount, just through different vehicles.”

Even with public backing, stadium projects can turn into money pits for sports owners, who have a hard time resisting expensive materials and last-minute design changes, said Browne. To avoid that path at Citi Field, which opened in 2009, he put a poster on his office wall instructing employees that if they wanted to make a change to the stadium plans, they’d have to clear the cost with Wilpon.

“We have $800 million, let’s go build the best baseball stadium we possibly can, but don’t come back for another penny,” said Browne, a real estate industry veteran.

Wilpon and Browne initially planned to finish Citi Field and move their development team across the street to Willets Point, a neighborhood of auto shops and junkyards they wanted to redevelop. The project stalled, so they launched SPD to keep working together.

Wilpon, whose father built a fortune developing office buildings and apartments, was drawn to the fee-for-service model. It was a strategy suited for the aftermath of the financial crisis, when money for new projects was hard to come by. The era was especially trying for the Wilpons, who became embroiled in the unwinding of Bernie Madoff’s Ponzi scheme.

SPD turned into two businesses. In one, the firm does advisory work, helping investors manage commercial real estate projects around the world. Wilpon and Browne bring an “owner’s mentality” to overseeing development and evaluating potential investments, according to Craig Solomon, chief executive officer at Square Mile Capital. The investment firm has hired SPD for dozens of projects, including a 75-story skyscraper in Chicago and a giant warehouse in the Bronx.

On the sports side of the business, the company has leveraged Wilpon’s connections. It has struck deals to develop new Manhattan headquarters for Major League Baseball and the National Hockey League, as well as a standing agreement to consult with Major League Soccer franchises on new stadiums.

It’s overseeing the development of a sports campus that recently broke ground at Belmont Park, where the New York Islanders are building an arena. That project, which will eventually include retail space, a hotel, and a new commuter rail stop, is the kind of complicated job that calls for SPD’s expertise, said Islanders owner Scott Malkin.

“It’s unusual that someone who knows sports can intuitively relate to the real estate process,” Malkin said. “In real estate, there are timetables and protocols that don’t bend for anyone, even for important people.”