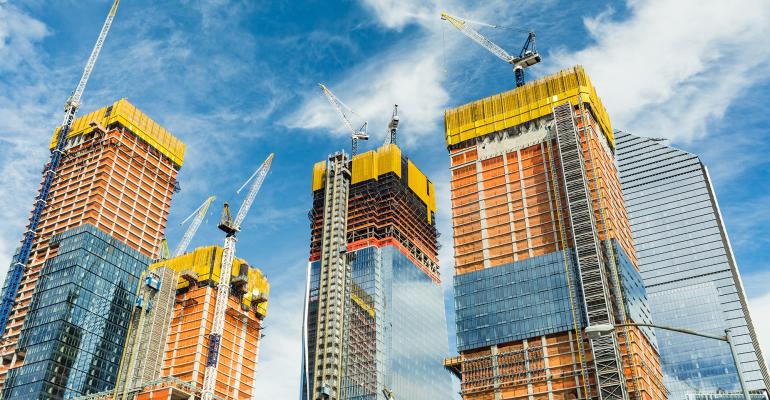 The key to developers’ success in securing community approvals is showing credibility.

Navigating the public approval process for large-scale, transformational real estate projects can be challenging for developers, especially with community residents, community organizations and governmental entities making different, sometimes conflicting requests, which may or may not actually be in the community’s best interests or be viable economically. Moving through this process effectively can mean the difference between a successful property that becomes a great community asset and an ambitious plan on paper that never gets off the ground.

Our organization, Regional Industrial Development Corporation of Southwestern Pennsylvania (RIDC), has worked with communities, elected officials and government agencies across our region on many projects, revitalizing old industrial properties and reinvigorating the tax base of many varied communities. The lessons we’ve learned along the way may be valuable to other developers seeking public consensus in support of development plans.

The key to success is credibility. Credibility is built by demonstrating not only commitment to the vision behind the project, but respect for the opinions of local residents and government agencies. That doesn’t necessarily mean doing everything they want—but it does mean showing that you take their opinions seriously and engaging in good faith discussions, based on facts, data and market research, before coming to any conclusions.  And of course, transparency is crucially important.

If a community wants you to build a hotel or restaurant on the site, for example, and your own knowledge of the market tells you those uses are not feasible, it might be tempting to simply reject that suggestion out of hand. Instead, we always take such recommendations seriously and, if significant portions of the community favor them, we’ll do our due diligence and investigate before making a decision. If you can go back to the community and relate conversations you’ve had with brokers and potential tenants, or if you can show them market research demonstrating why hospitality tenants are not suitable, that will go a long way toward demonstrating respect and building consensus.

Likewise, if the community wants to include amenities like a dog park or recreation facility—or use the project for a socially worthwhile purpose, like affordable housing—rather than simply rejecting those recommendations as too costly, produce financial pro formas that outline the cost and the impact it would have on the viability of the overall project. You might be surprised—perhaps community representatives have ideas about sources of funds from foundations or government programs that would make the economics work. Perhaps someone will have valuable ideas that hadn’t occurred to you. Perhaps, if you collaborate, you’ll end up with a variation on the proposal—a walking trail, rather than a recreational facility—that actually benefits the project overall. If not, at least you’ve shown transparency and given them an opportunity to give constructive input and feel invested in the project.

Building credibility also means being straightforward from the outset in setting expectations. For instance, if residents want permanent jobs and want them now, developers need to explain that if it takes several months to receive plan approval and obtain a building permit, additional time to lock-in financing and bid out construction, and additional time to actually build the project, it’s going to be a while before anyone other than construction contractors are going to be hiring on that site.

That may not be what community members want to hear, but they will accept it from a developer who listened to their concerns and considered their input. One of the worst mistakes a developer can make is promising something—whether overtly or implicitly—that it cannot deliver.

In dealing with government, community support is important, but so is being able to move quickly and smoothly through whatever approval process is required. But government officials, whether they be staff members in the Buildings Department or members of City Councils, often misunderstand the nuances of the development process.

RIDC has the advantage of a long track record, non-profit status and a history of projects that are environmentally and economically sustainable. So, while some may not fully understand a project’s finances or how it impacts our overall balance sheet, at least they know that financial self-interest isn’t driving our executive team’s decisions. Still, many of our lessons learned apply to for-profit developers as well as non-profits, to newer entities as well as more established ones.

Growing cities can tend to be more skeptical about development, and approach project proposals with the mindset that they can make unbridled demands because developers are making a profit and if one developer won’t do it, another will. That mentality can snowball into outsized expectations, driving up costs and slowing down development with red tape, sometimes even killing job-creating projects that would benefit the region.

There is sometimes an expectation that developers should shoulder the burden of solving community needs like traffic control, parking and infrastructure, or creation of affordable housing. They fail to recognize that developers already do their share by paying property taxes and impact fees, and that the companies that ultimately occupy a revitalized property will also pay taxes, as will their employees.

That’s on top of the transformative effect a large project can have in stimulating other development nearby—all of which generates tax dollars. Solving public issues like poverty and urban decay should be issues for the public sector (government)—not opportunities to hold projects hostage unless developers agree to fund these initiatives.

Cities need to help shoulder that burden through incentives, supportive regulations, and identifying and securing sources of funding that encourage developers to invest in the region. But when that’s not the case, developers should keep in mind that the best way to counter negative stories about the project is with hard data on its impacts. And when government officials or community organizations remain unrealistic, go directly to the community, with town hall meetings and other forums that lay out the project plans, gauge reaction and support the people who actually live in the community and are going to be most affected.

When developers sit down with communities, include them in their plans, explain their processes and present well-thought out research, reasonable people often end up on the same page. That paves the way forward and earns developers a reputation as good partners, who are interested not only in making a profit, but in creating projects that reflect the community's needs and provide the best results possible for the surrounding area.