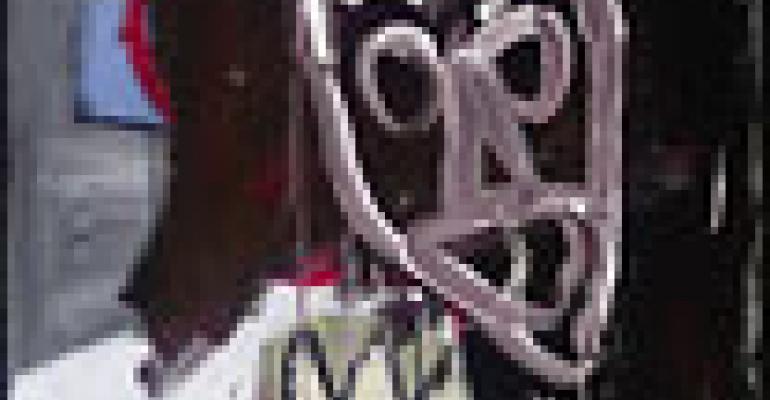 A summary of articles appearing in the October 2007 issue of Trusts and Estates magazines.

Just in time for Halloween, some spooky paintings sold at Christie’s “First Open Post-War Contemporary Art Sale” on Sept. 10, 2007, in New York. Among them: an untitled work by Jean-Michel Basquiat, painted in 1982; it sold for $1.116 million.

According to Christie’s, the “spectral vision” of “Untitled” has been likened to Ralph Ellison’s Invisible Man, both depictions of the marginalization of African-American men.

More directly, “Untitled” is reportedly based on a childhood tale that Basquiat’s mother told him: An evil warlord kidnaps and imprisons a prince with a magic crown and takes away his voice. The prince smashes his head against the bars of his cell, hoping someone will hear and set him free. Although the prince is never found, the magic crown makes the most beautiful sound anyone’s ever heard; and it’s heard ringing for miles.

The story tracks Basquiat’s own. Crowned a king of the art world in 1982 at just 22 years old, Basquiat died of a heroin overdose when he was 28. But his paintings, often a mix of graffiti and abstract expressionism, are critically acclaimed.

Other highlights from this auction include:
• “Time Goes By Fast” (2004), Martin Eder’s oil painting, depicting an ominous scene of a couple at a highway rest stop, sold for $169,000.
• The Kenyan artist Wangechi Mutu’s untitled work, created in 2003, depicts many facets of womanhood—from glamour and beauty to violence and corruption—through various media: printed paper collage, watercolor, inks, foil, faux-leather contact paper, iridescent faux-snakeskin and glitter on mylar. The work fetched $46,600.

GST Planning With CLATs
David T. Leibell and Daniel L. Daniels, partners in the Stamford, Conn., office of Cummings & Lockwood LLC, report that Private Letter Ruling 200733007 (issued Aug. 17, 2007) provides a road map on how to establish a qualified testamentary charitable lead annuity trust (CLAT). But they also send up a red flare: There is an often misunderstood interaction between charitable lead trusts (CLTs) and the generation-skipping transfer (GST) tax that could hurt future generations. There are also a few potential remedies.

Tax Law Update
David A. Handler, partner in the Chicago office of Kirkland & Ellis LLP, reports:
• Stone v. United States—finds a 5 percent discount for a fractional interest in artwork. This was probably low, said the U.S. District Court for the Northern District of California, but the plaintiffs provided no evidence from which the court could reasonably base any larger discount.
• Bigelow affirmed—On Sept. 14, 2007, the U.S. Court of Appeals for the Ninth Circuit affirmed the Tax Court’s decision that the full value of property transferred by Virginia Bigelow to a family limited partnership (FLP) was included in her gross estate for federal estate tax purposes under Internal Revenue Code Section 2036(a)(1).

Opt Out of QTIP?
By Michael J. Jones and DeeAnn L. Thompson
Did you know that an income interest in a taxable estate can create a credit on prior transfers in the income beneficiary’s subsequent estate? In fact, clients may derive considerable estate tax savings from credit for tax on prior transfers (CTPTs), but you need to know who is eligible and how it works. For instance, possession of a qualified terminable interest property (QTIP) election may render a spouse ineligible, whereas a spouse without a QTIP who has an income interest may obtain a tax benefit. And the benefit could be even greater if the spouse possesses 5x5 power.

DeeAnn L. Thompson is a partner at Thompson Jones LLP in Monterey, Calif.

Although many advisors have some knowledge of the U.S. Bankruptcy Code, they may be unaware of several provisions that could derail an estate plan. Many estate tax- and income tax-oriented planning structures could be dismantled by a bankruptcy judge, even when the plan’s primary purpose has nothing to do with creditor protection. That’s why it’s critical to know the basics, to identify certain rules that apply in the bankruptcy forum and to recognize when it’s time to consult a bankruptcy specialist.

Alan S. Gassman is a partner at Gassman Bates and Associates, P.A., in Clearwater, Fla.

For sophisticated investors in trusts, there are three principal ways to manage equities and fixed income: alpha (active), passive (beta) and enhanced beta (a combination of both.) Find out when these choices apply and how you can use them to benefit your clients.

Power to the Donors
By Winton C. Smith, Jr.

Traditionally, donors have had no right to sue to enforce the conditions of their restricted gifts to charities. But that’s changing. So New York’s Lincoln Center has to be concerned that the family of Avery Fisher is objecting to the possibility that Fisher’s name may be taken off the famous concert hall. The Georgia O’Keeffe Foundation has been in the Tennessee courts fighting Fisk University’s proposal to sell paintings from a collection O’Keeffe donated under the condition that the university never sell or exchange any part of her gift. And the Robertson family has sued Princeton University over its alleged misuse of a restricted gift made by the Robertsons’ supporting organization. These cases alert the donors’ advisors that it’s wise to draft creative charitable gift agreements that clarify donor intent and stipulate that, if the charitable institution breaches the gift agreement, donors have the right to judicial relief, the gift gets sent to a competing qualified charitable organization and this fallback charitable organization has the right to sue.

Winton C. Smith, Jr., is a partner at Winton Smith and Associates in Memphis, Tenn.

Conrad Teitell is principal and chair of the charitable planning group at Cummings & Lockwood LLC in Stamford, Conn.

Tax Credit for Gifts Charities May Never Get
By John C. Yeoman

John C. Yeoman is an associate professor of finance at the Mike Cottrell School of Business at North Georgia College & State University in Dahlonega, Ga.

It was widely reported that Leona Helmsley left $12 million to her dog. That’s not necessarily true, says Herbert E. Nass, who’s examined the will. That $12 million went into a trust, whose terms are not public. What is true: Leona left nothing to two of her four grandchildren, millions to her brother and two other grandkids, and the bulk of her estimated $2.5 billion estate to her charitable foundation. Also: the woman once convicted of tax evasion made sure there’d be relatively minimal U.S. and N.Y. state estate taxes paid on her estate. This time, though, Leona’s tax avoidance seems to be perfectly legal.