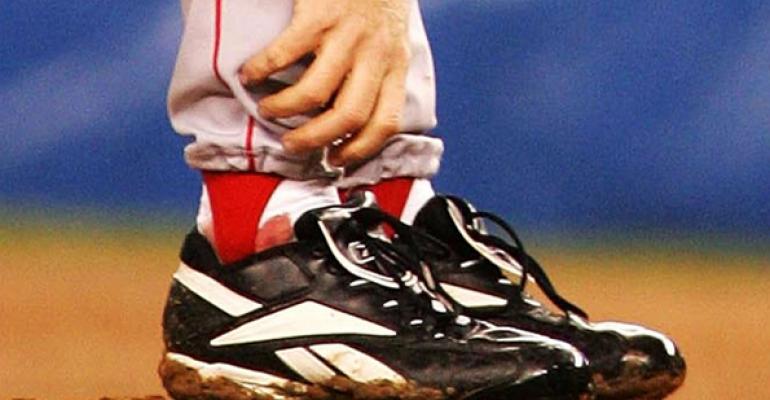 Curt Schilling’s bloody sock from game 6 of the 2004 World Series carries a pre-auction estimate of $100,000, according to Heritage Auctions, which will auction off the sock during its Platinum Night Sports Event at the Fletcher-Sinclair Mansion in New York City on Feb. 23.

Schilling is consigning the sock himself. After baseball, Schilling formed an entertainment company called 38 Studios to create and sell an online fantasy video game. A $75 million loan guarantee led him to move the operation away from Massachusetts and to Rhode Island in 2010. In May, the firm declared bankruptcy. Schilling had listed the sock as collateral on a bank filing, according to reports.

“…Curt Schilling's world famous Bloody Sock is arguably the most hallowed artifact in Boston Red Sox lore and has been on display in the Baseball Hall of Fame since 2004. It is the perfect distillation of the amazing effort of the 2004 Red Sox. Reminiscent of Roy Hobbs' climactic scene from The Natural, a wounded Curt Schilling ignored the advice of the physician who had pieced back together the ragged tendons of his right ankle and took to the mound, first in a crucial Game Six to stave off American League Championship Series elimination against the hated New York Yankees and then again in Game Two of the World Series to claim the second victory in a four-game sweep of the St. Louis Cardinals.”