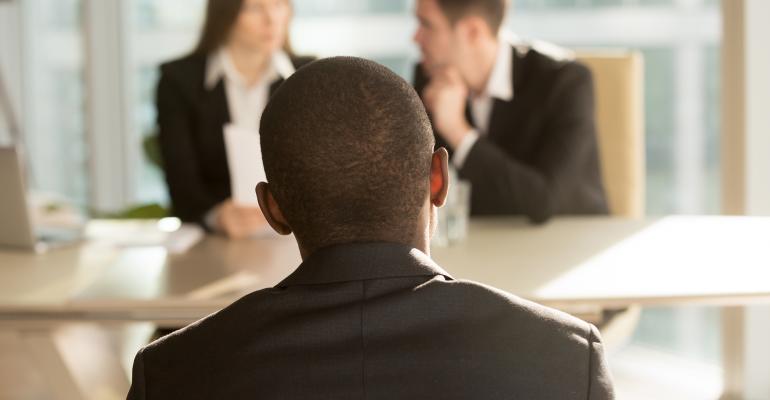 Corporate America Loves the Rooney Rule. But Does It Work?

Companies could set a standard of having their executive ranks mirror the gender and race breakdown of the usually much-more-diverse entry-level workforce.

In recent years, the Rooney Rule has gone from barely mentioned in the corporate world to being adopted by at least 100 public companies for recruiting people at all levels amid the backdrop of a national reckoning on race, sparked by the 2020 murder of George Floyd by police.

But as more companies agree to release detailed information about the diversity of their workforces, the data portray a disturbingly similar pattern. While women and people of color, particularly Black and Hispanic employees, are well-represented in the lowest rungs of company workforces, there’s little and sometimes no representation in the most powerful roles. As recently as 2018, Black and Hispanic workers held less than 5% of top executive roles, according to the U.S. Equal Employment Opportunity Commission. Experts agree there’s been little progress since, and that the popularity of the Rooney Rule has done little to create change.

“It’s kind of really like checking the box to say ‘We have the Rooney Rule, look how progressive we are,’” said Alina Polonskaia, global leader of the D&I practice at executive recruiter Korn Ferry, which has researched the effectiveness of corporate-diversity initiatives.

The reality, she said, is: “There are a lot of companies that are doing it just for show.”

Typically, when companies adopt a Rooney Rule, they’re pledging to add at least one candidate to their interview slate to increase gender and racial diversity. That’s usually not enough to foster real change. Even in the NFL, the Rooney Rule was modified in 2020 to require at least two underrepresented candidates for head coach vacancies.

Women and people of color can face more questions about their readiness for a role than other applicants, said Ilana Wolfe, the head of corporate board engagement at Goldman Sachs Group Inc.

That means that even when more women and people of color are interviewed, they often don't get hired.

Wolfe has assisted 45 underrepresented directors in finding a board seat with Goldman clients after the bank in 2020 announced it would no longer underwrite initial public offerings of companies with a board whose members were all straight, male and White.  She says that with only the Rooney Rule in place, and without a more comprehensive drive toward inclusivity, companies can fall into hiring decisions that feel “familiar.”

“I worry that the Rooney rule, while maybe good in its intensions, does very little to actually drive board diversity,” Wolfe said.

To make a meaningful impact, hiring managers should aim to interview a slate of candidates that’s 30% diverse, said Polonskaia of Korn Ferry. Companies could also set a standard of having their executive ranks mirror the gender and race breakdown of the usually much-more-diverse entry-level workforce, she said, adding that employers should also use the same diversity standards they are applying for new hires to people being considered for promotions.

One model for success in hiring Black and Latinx employees can be seen at Twitter Inc., which saw significant gains last year in attracting people of color. The company used a Rooney Rule-style initiative, but also cited its shift to a “work from anywhere” model as being a key factor in the improvement. The company actively targeted recruits from areas with high populations of Black and Latinx workers.

In contrast to the minimal impact that the Rooney Rule has had increasing diversity among corporate executives, boardrooms for S&P 500 companies have made recent strides in inclusivity thanks to outside pressures. Investors such as BlackRock Inc. and Vanguard Group Inc. have been asking companies to improve the diversity of their boards. Nasdaq Inc. will require its index members over the next year to disclose the diversity of their boards, and ultimately those companies will have to either adhere to the policy or explain why they won’t. California has laws requiring gender diversity as well as broader diversity that are also leading many boards to make changes.

Meanwhile, employers haven’t faced the same outside scrutiny over their C-suites. Left to their own devices, companies haven’t moved the needle much when it comes to executive diversity.

It’s not just the Rooney Rule that’s falling flat. When it comes to diversity initiatives more broadly, most companies are going for the low-hanging fruit: Three-quarters have diversity celebrations, 67% have developed a diversity vision statement and 64% have unconscious bias training, according to a Korn Ferry survey of about 1,700 executives in the U.S. and Canada.

But only 42% focus on developing an equitable talent process, and just a third say they purposely create diverse and inclusive teams. A quarter reported having development programs for under-represented groups, the survey showed.

The “Rooney Rule” first appears in U.S. corporate regulatory filings in 2013, referenced by the New York City comptroller and pension funds in ballot proposals asking Freeport-McMoRan Inc. and CF Industries Holdings Inc. to adopt diversity hiring policies for their boards, according to an analysis of filings from 2003, when the NFL first adopted the rule, through February.  The non-binding proposal was approved by CF shareholders, and the comptroller said in a report at the time that it was the first example of a diversity proposal getting majority approval.

Among the nearly 100 mentions of the Rooney Rule since then, three-quarters came after the May 2020 murder of Floyd.

The first time the practice was mentioned affirmatively by a company in the regulatory documents was March 2019, when both Humana Inc. and Alexion Pharmaceutical filed proxy statements indicating they had added the Rooney Rule in their board searches. Pressure mounted to adopt the method after the New York City comptroller in October 2019 sent a letter asking 56 companies that didn’t have a Rooney Rule-style process for board selection to add one.

Invoking the Rooney Rule in proxy proposals is a way to get companies to start to make changes, even if more is needed beyond the measure, said James McRitchie, an activist investor. McRitchie over decades has sponsored hundreds of proxy proposals about social and governance issues, including two unsuccessful proposals with a reference to the rule in 2021 at Clorox Co. and Procter & Gamble Co.

“It’s a way to at least get companies thinking about it, but there’s not much of a hammer there,” McRitchie said, adding that many companies will make a gesture that is more “one and done,” than make a true behavior change. “That’s something we have to continuously fight against.”

Fresh introspection over the Rooney Rule was jumpstarted in February when former coach Brian Flores sued the NFL over its hiring practices and said in his suit that the Rooney Rule isn’t having its intended effect. The NFL currently has five head coaches of color. As recently as the end of the 2018 season, there were eight. After meeting with civil-rights leaders including Al Sharpton, NFL Commissioner Roger Goodell said the league is evaluating the Rooney Rule.

Mobilized by the controversy in the NFL, civil-rights leaders intend to bring the same scrutiny over diversity to corporate executive teams, said Sharpton, leader of the National Action Network. When it comes to hiring underrepresented candidates, companies should have the same sort of detailed goals, with specific time frames, as they do for earnings and sales, he said in an interview.

“The danger of the misuse of the intent of the Rooney rule far outweighs the achievement,” Sharpton said. “Because corporations can do what the NFL has done, and go through the motions. So we get the optics of inclusion, but not the reality of inclusion. And that’s not what we want.”

To contact the author of this story:
Jeff Green in Southfield at [email protected]