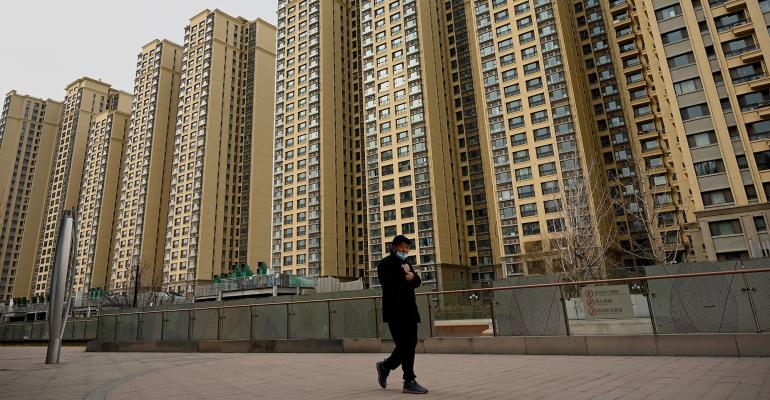 The changes took place just before Xi was set to meet US President Joe Biden Monday on the sidelines of a Group of 20 summit.

(Bloomberg) -- China issued sweeping directives to rescue its property sector, adding to a major recalibration of its pandemic response in the strongest signs yet that President Xi Jinping is turning his attention toward shoring up the world’s second-largest economy.

Regulators issued a 16-point plan to financial firms for boosting the real estate market on Friday, with measures that range from addressing developers’ liquidity crisis to loosening down-payment requirements for homebuyers, according to people familiar with the matter. Authorities said separately in a public statement on Monday they’re allowing developers to access more money from home presales, the industry’s biggest source of funds.

The moves -- which coincided with a 20-point playbook from the National Health Commission aimed at reducing the economic and social impact of containing Covid -- have added fuel to this month’s rally in Chinese markets even though significant headwinds remain for the property sector and the wider economy.

It’s a stark reversal from the gloom that descended over markets in late October, after Xi’s elevation of close allies during the Communist Party Congress stoked concern that ideology would trump pragmatism for the most powerful Chinese leader since Mao Zedong. The Hang Seng China Enterprises Index has now erased losses suffered in the immediate wake of the meeting, swinging from one of the world’s worst-performing stock gauges to among the best.

“It’s a meaningful easing,” said Larry Hu, head of China economics at Macquarie Group Ltd. “It seems that the room for policy change has widened on various fronts after the Party Congress, including for the two major headwinds to the Chinese economy: Covid Zero and property.”

The changes took place just before Xi was set to meet US President Joe Biden Monday on the sidelines of a Group of 20 summit, in the first in-person meeting between the two heads of state since the pandemic began. Treasury Secretary Janet Yellen will seek information on China’s Covid lockdown policies and the troubled property sector during a meeting with central bank Governor Yi Gang this week, according to senior Treasury Department officials.

The People’s Bank of China and the China Banking and Insurance Regulatory Commission on Friday jointly issued a notice to financial institutions laying out plans to ensure the “stable and healthy development” of the property sector, said the people, asking not to be identified as the matter is private.

As part of the rescue plan, developers’ outstanding bank loans and trust borrowings due within the next six months can be extended for a year, while repayment on their bonds can also be extended or swapped through negotiations, the people added.

The move “could be a game-changer for being the first comprehensive supportive policy from central authorities, unlike previous piecemeal steps,” Citigroup Inc. analysts including Griffin Chan wrote in a note.

The central bank and the banking regulator didn’t immediately respond to requests for comment.

Separately, authorities will give “quality” developers access to as much as 30% of funds from presold properties with letters of guarantee from banks, according to a statement posted on the banking regulator’s website. The funds are money that home buyers have paid to developers in advance of their property being built, which is generally held in an escrow account.

Authorities on Friday also issued a set of measures to recalibrate their pandemic response, including a pullback on testing and a reduction in the amount of time travelers and close contacts of virus cases must spend in quarantine.

The changes by no means signal the end of Covid Zero. A day after releasing the new parameters, officials were quick to clarify that Covid rules were being refined, not relaxed, and a strict attitude toward stamping out infections remains China’s guiding principle.

“It’s still hard to say whether this is going to be a turning point for the economy,” said Shen Meng, a director at Beijing-based investment bank Chanson & Co.

China Ramps Up Property Support With $56 Billion in New Funding

Authorities have sought to defuse the property crisis with a raft of measures in the past few months, including cutting interest rates, urging major banks to extend 1 trillion yuan ($140 billion) of financing in the final months of the year, and offering special loans through policy banks to ensure property projects are delivered.

One of the biggest policy changes in the latest notice is to allow a “temporary” easing of restrictions on bank lending to developers.

China began imposing caps on bank’s property lending in 2021, as authorities sought to tighten the reins on a bubble-prone industry and curb leverage at some of the nation’s largest developers. Banks not meeting the current restrictions will be given extra time to meet the requirement, said the people. 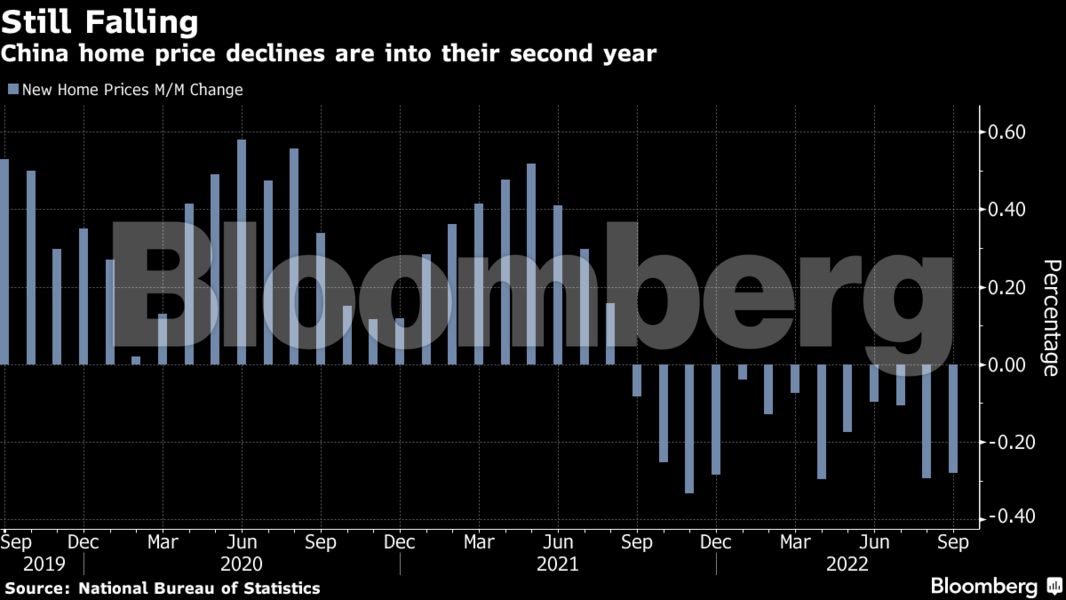 In addition, regulators encouraged lenders to negotiate with homebuyers on extending mortgage repayment, and emphasized that buyers’ credit scores will be protected. That may alleviate the risk of social unrest among homebuyers who have engaged in a widespread boycott on mortgage payments since July.

China’s $2.4 trillion new-home market remains fragile and property debt defaults have surged. Price declines in the existing-home market were the most extreme in almost eight years in September, according to the latest official data. At banks, the proportion of bad loans related to property has surged to 30%, according to Citigroup estimates.

Developers face a mountain of looming debt maturities. China’s property sector has at least $292 billion of onshore and offshore borrowings coming due through the end of 2023. That includes $53.7 billion in borrowings this year, followed by $72.3 billion of maturities in the first quarter of next year.

“Longfor will likely be saved from China’s property debt crisis, while Country Garden could get short-term cash-flow relief, should Beijing implement a policy package aiding stronger private developers’ debt-raising. A bailout for some distressed players including Shimao and Sunac could be too late, given the damage already done to buyers’ confidence.”

The outlook for the sector, and the wider economy as a whole, will likely hinge on how far the latest support measures go toward reviving confidence among banks, investors and homebuyers.