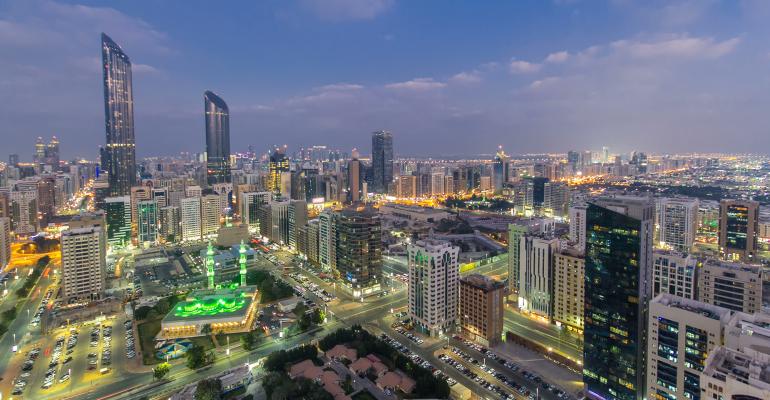 The company is benefiting from resurgent demand for property in Abu Dhabi.

(Bloomberg) -- Apollo Global Management Inc. signed a deal to invest $1.4 billion in Aldar Properties PJSC, its latest commitment to Abu Dhabi after agreements in recent years that spanned the emirate’s state energy company and one of its wealth funds.

As part of the transaction, Apollo will take a direct minority stake in Aldar Investment Properties, in what could be one of the largest foreign direct investments in Abu Dhabi’s private sector, according to a statement on Monday. The deal is expected to close in the first quarter.

Aldar, which primarily operates in Abu Dhabi, has been chasing growth in a cramped market. At home, the emirate’s biggest developer is growing its management business. Beyond the United Arab Emirates, it’s gained a foothold in Egypt through its acquisition of a majority stake in a developer known as Sodic.

Weeks earlier, Alpha Dhabi Holding PJSC built an additional stake in Aldar Properties valued at about $1.5 billion. Alpha Dhabi is a unit of International Holding Co., which is chaired by Sheikh Tahnoon Bin Zayed Al Nahyan, a brother of the UAE’s de facto ruler and the country’s national security adviser.

The tie-up with Apollo follows less than two years ago after the New York-based firm led a consortium that agreed to invest $2.7 billion in the real estate of Abu Dhabi’s oil company Adnoc. The alternative asset manager also has a strategic partnership with Abu Dhabi’s sovereign wealth fund Mubadala Investment Co.

Coming off its best quarterly inflows in more than a year, Apollo had $47.2 billion in cash available for investment at end-2021.

Aldar last week said it plans to spend 5 billion dirhams ($1.36 billion) on acquisitions this year to grow its portfolio of revenue-generating properties. It reported a 21% increase in full-year profit, supported by “strong performance” across group businesses.

The company is benefiting from resurgent demand for property in Abu Dhabi amid plans to grow its revenue-generating unit, which includes schools and malls.

“We always knew that this company has a behemoth land bank,” Yazan Abdeen, chief executive and portfolio manager at AD Investment Management, said in a Bloomberg TV interview. “The most important part was to know how to unlock value of that huge land bank and monetize it.”

Since its 2005 initial public offering, Aldar has created several units. Aside from developing and selling real estate, its newer offshoots include income-generating assets such as schools, hotels, malls and offices, which are helping provide a more predictable revenue stream.

Aldar also owns companies that provide services for its communities such as district cooling, subcontracting or cleaning, said Abdeen.

“Aldar Investment could be floated as a listed entity to unlock additional value for Aldar shareholders in the future,” said Harshjit Oza, at Abu Dhabi-based International Securities LLC.

“There is a lot interest for such assets especially due to the dearth of listed real estate companies that manage operating assets with recurring income in this region,” Oza said. “There would be a lot of demand from local, global and regional investors.”

--With assistance from Manus Cranny.