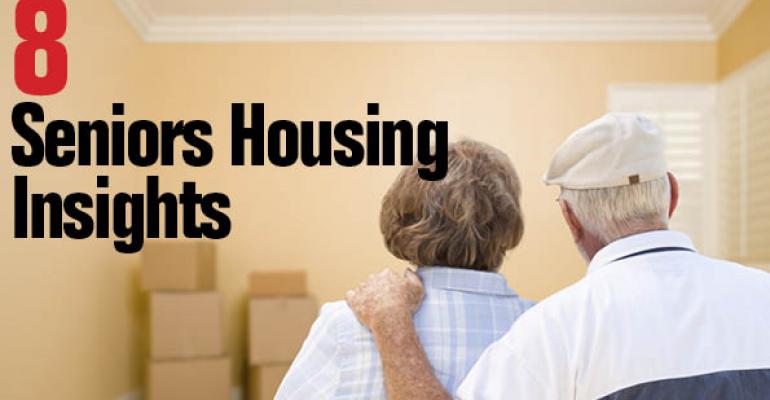 Eight charts from an exclusive survey conducted jointly by NREI and the National Investment Center for the Seniors Housing & Care Industry (NIC) show a bullish outlook for the seniors housing sector.

Nearly half of survey respondents (45 percent) said they plan to buy more seniors housing properties over the next 12 months, while 40 percent plan to hold and only 15 percent plan to sell property.

Although nearly one in three respondents (39 percent) expect an increase in cap rates in the coming 12 months, the majority of respondents expect cap rates to decline further (28 percent) or remain the same (33 percent).

Respondents believe that the state of the U.S. housing market and U.S. economy have had the biggest impact on occupancy rates at seniors housing facilities over the past six months, while rental discounts/incentives have had the least impact. Nearly two-thirds of respondents believe the state of the U.S. housing market has had a strong impact on the seniors housing market over the past six months. All told, 64 percent of respondents rated the impact as a 4 or 5 on a 5-point scale with 5 representing significant impact and 1 being no impact.

Flip through the charts for further insights from respondents.