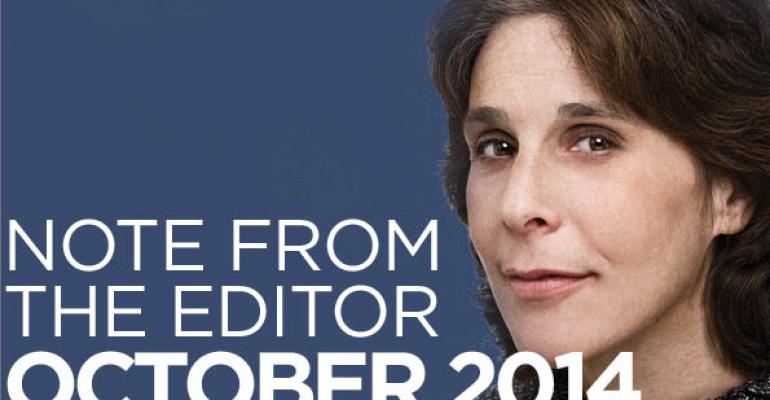 Note From The Editor: October 2014

This month, we present a Special Edition of Trusts & Estates devoted to charitable giving. The timing of it couldn’t be better. As Committee Chair Robert F. Sharpe, Jr. notes in his article, “A Bright Outlook for Charitable Giving?” p. 14, “the remainder of 2014 through early 2015 may prove to be a pivotal point for charitable gift planning.” Robert serves on the advisory committee for Alliance for Charitable Reform, which is a leading advocate for preserving charitable tax benefits. He was part of a group that met with Congressman Paul Ryan (R-Wisc.) and a number of other representatives and senators in July to inform Congress about the impact of proposed changes on the non-profit world. Robert recently pointed out to me, “Our federal income and estate tax system has long recognized that funds that are voluntary forgone by American citizens shouldn’t first be subject to taxation before being devoted to funding many of our nation’s vital educational, religious, cultural and social services.”

Change has also come to our Trusts &Estates Philanthropy Committee. Starting this month, we have two new additions: Julia Chu, head of philanthropy for the Private Banking North America business of Credit Suisse Securities (USA) LLC, based in New York City and Christopher P. Woerhle, assistant professor of taxation at the American College of Financial Services in Bryn Mawr, Pa. Also, on Nov. 29, Laura H. Peebles will step down from the advisory board on her retirement from Deloitte Tax LLP in Washington, D.C. Laura has been an active participant on the committee, and her contributions will be sorely missed. Indicative of her commitment to Trusts & Estates, she’ll be writing for us up until the last minute of her tenure. Her “farewell” Philanthropy column will appear in the December 2014 issue. We wish her the best of luck.