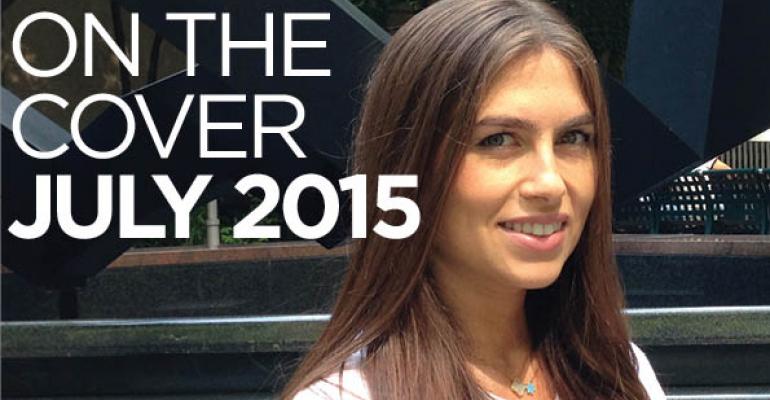 Our cover this month, Gil Elvgren’s “High and Shy, Brown & Bigelow calendar illustration” (30 in. by 24 in.), sold for $161,000 at Heritage Auctions’ Illustration Art Signature Auction in Beverly Hills, Calif. on May 14, 2015. Though he’s best known for his pin-up and glamour paintings, Elvgren also enjoyed immense success as a commercial illustrator.

A master at portraying the all-American ideal of feminine beauty with brilliant precision, Elvgren’s prominence can also be attributed to the advancement in printing technology during the 20th century and the booming demand for commercial illustrations that ensued. Elvgren meticulously planned every last detail of a painting, even taking into account that it might not be published until a few years later, so the subject’s hairstyle needed to be one that wouldn’t become outdated. His refined technique and intriguing use of props and scenery appealed to the public at large, securing a steady stream of commissions and making him a household name. Eventually, the popularity of pin-up girls began to fade, leaving Elvgren financially unstable at the time of his death. In recent years however, pin-up art has regained popularity, and art connoisseurs have deemed his work as highly collectible.

Just as fastidious planning for the future was a driving force of Elvgren’s success, it’s important for advisors to consider all the options when helping clients plan for their elder years. As clients age, they face a decline in mental and physical ability, becoming more susceptible to foul play by the very individuals entrusted with their care and assets. Advisors who typically use only the traditional tried-and-true methods of elder planning are encouraged to “dive in” and take heed of the forward-looking advice in this month’s Committee Report.