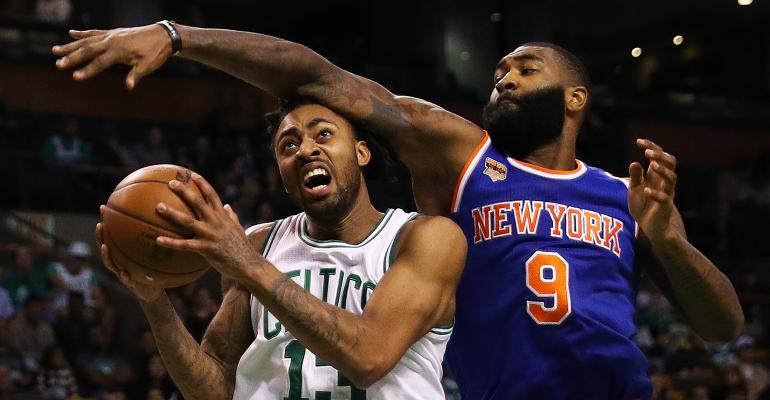 There are some big events on the horizon that could radically alter the market landscape.

(Bloomberg Prophets) --I said Nov. 8 that Donald Trump would win the U.S. Presidential election and that it was time to buy equities. I repeated that call a day later. The Dow Jones Industrial Average has since risen 11.3 percent.

The gains have been based on future hopes for cuts in regulations that would add to the bottom line of many U.S. corporations, and cuts in taxes that would be “God sends” to a large amount of companies. In reality, the bet has been on a future that has not yet occurred.

All the fury and political brinksmanship surrounding Obamacare has not been a “market factor.” Certainly, it has affected some health care companies and some drug companies but the issue has really not driven the markets. Obamacare “may” move the markets at some point if it fails, defined as premiums going to the moon or insurance coverage being lost across a large swath of America, and I am quite aware that this “may” happen.

This is not new. Whether it is the equity market or the debt market, the markets are generally betting on a future that has not yet occurred. This is NOT any Trump phenomenon. All of you “political attention-getters” may now return to your seats.

All of this will change when an event, a significant event, rolls onto the playing field and radically alters what I refer to as the Great Game. The Lehman Brothers bankruptcy on Sept.15, 2009 was one such instance and Trump’s election was another. The landscape was radically altered.

I do see some potential game-changing events. Besides the possible demise of Obamacare, I note a massive, if generally undiscussed, hemorrhage taking place in the Italian banking system which could send tremors through Europe. Frexit, Grexit and possibly even Italgo all stand out on the horizon as events that could block the sun.

I am always wary of eclipses.

In America, I am paying close attention to what the Trump administration is likely to do with the Federal Reserve. The Press just can’t let go of the notion that the Fed is not going to change. We continue to see dot plot projections, statements in the press predicting three or four interest rate hikes by the end of the year, and a general clamor that higher rates are absolutely going to happen.

I am not so sure. Trump, at some point, is going to appoint at least three new members of the Fed. It is my bet that they will be business people and that the era of only academics and economists at the Fed is finished.

With the first appointment of some business person, the Fed will be a very different and much more pragmatic institution. There will still be plots, of course, but they won’t be connected to the dots of what we find at the Fed these days. Given what Trump wants to do with a military build-out, and an infrastructure build-up, our newly configured Fed may keep rates “lower for longer and lingering” there than thought by almost anyone.

So, we now arrive at an alternative strategy for investing currently, which is based on cash flows and not appreciation. In fact, appreciation causes re-positioning, in this strategy, as you are not making money on your money and what’s up with that?

The concept is a conservative one. You take a chunk of money and invest half in medium-term investment-grade corporate bonds. Generally, corporates are yielding more than municipal bonds on an after-tax basis regardless of anyone’s tax bracket. I repeat, this is “generally” true but not always the case depending upon your circumstances. This part of the strategy is utilized in case we have an “event.” Also, I want to buy the bonds at a discount and par ($100.00) is the top of my range.

The other half is invested in carefully chosen closed-end bond funds. You can currently get around 4 percent for investment-grade corporates and around 10 percent for closed-end bond funds and have an average return of about 7 percent. Because of compound interest, the return from closed-end bond funds can jump to around 11 percent for good ones that pay monthly. There are some high-quality funds that are listed on major exchanges and trade as equities, and so, in the case of an emergency, or an “event,” your money can be obtained at the normal settlement date, while the amount, of course, is dependent upon the market at that time.

There are some risks, just like with every strategy. The closed-end bond funds, for the most part, are levered and short-term higher interest rates could affect them. The sponsor could also lower the monthly payments or some credit could blow up in the bond portfolio. This is why the selection of these funds is so critical. I look specifically at the net asset value, the leverage, the amount of shares traded daily, the yield and finally what is exactly in the funds. It takes a significant amount of homework to make the selections.

I am not saying, by the way, that equities might not continue their path higher. I am especially fond of American oil companies where I expect Trump to tax imported oil and give tax credits for companies that are exporting oil. This, I believe, will be the off-set for America’s additional expenditures and I am quite positive on the American oil and natural gas companies.Having said that, though, I am somewhat more cautious these day. "Preservation of Capital" always rules my roost.

Mark Grant is a managing director and chief strategist at Hilltop Securities.