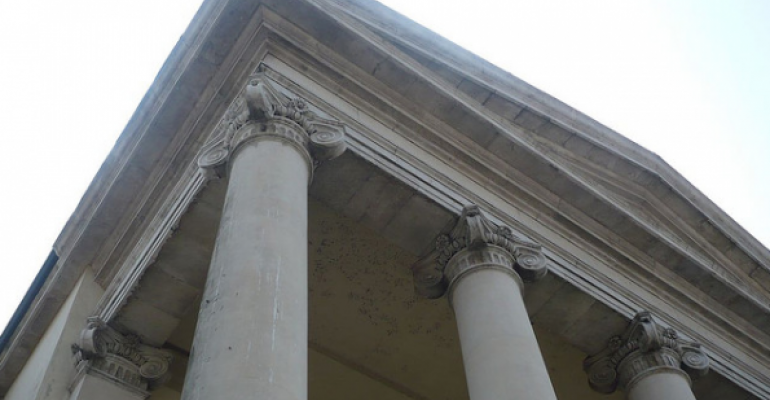 In the last of a three-part series, Dr. Daniel Crosby examines why simplicity impacts the quality of the investment experience.

The third and final pillar of investor behavior is “Surety” or a desire to have confidence in one’s financial decisions. As with the other pillars, it is only natural that investors wish to feel a degree of confidence in the choices they are making. After all, hard earned dollars are on the line and the consequences have immediate and far-reaching impact. While desiring some certainty is natural, some of the ways in which we buy a feeling of confidence can negatively impact our decision-making process. Consider for instance “confirmation bias”, a pattern of behavior where we seek only the opinions that conform to our pre-existing notions. Similarly problematic is “self-enhancement”, a process by which we emphasize our personal strengths and ignore our weaknesses as irrelevant. Both are excellent at maintaining a positive self-image, which has its place in being happy, but less place in making financial decisions.

Humankind in general is ambiguity averse; often preferring even a negative certainty to the unknown. Many scratch their heads at why adult children of alcoholics would marry alcoholics themselves, but the certainty of knowing how to deal with substance abuse provides its own sense of misguided comfort. In financial markets, investors turn to the 24/7 financial media for a sense of surety, hoping that by staying abreast of the market, they will be positioned to make better choices. On its face, this seems like a reasonable enough strategy. After all, in most endeavors in life, greater attention to and awareness of something increases knowledge and enhances skill. But this is often not the case with those most locked in to the more bombastic elements of financial reporting.

The poster child for providing a feeling of comfort in the face of market uncertainty is Jim Cramer. Everything about Cramer’s schtick is calculated to put your mind. By speaking emphatically, throwing toys, hitting buttons and looking straight into the camera, Mr. Cramer exudes extreme confidence in his picks. Unlike the boring, shades-of-grey nuance of reading an academic paper, you walk away from watching Cramer and feel like the guy knows what he is talking about.

Sadly, the results don’t always bear that out. Forbes reports that Cramer’s picks underperformed the market by double digits from 2005 to 2007 and that he missed the benchmark by 5 percent during the years of the recession. What’s more, he (in)famously called Bear Stearns a buy 12 days before its eventual collapse and doubled down just five days before, telling his viewers that “Bear is fine.” To be clear, I think Jim Cramer is likely a talented investor and his previous track record as a money manager seems to reflect that skill. However, Cramer is no longer in the business of making people money. He is now in the business of providing entertainment and the false confidence that goes along with it.

Another pervasive means of buying felt comfort is by maintaining a short-term horizon; keeping an itchy finger on the trigger of your portfolio. As we saw above, the reason investing is difficult is that it takes a contrarian mindset. In most endeavors, you can be infinitely more confident about the near present than the distant future. If I were to ask you what you were doing in five minutes or even five days, you could tell me with almost perfect certainty. But five years from now? Forget it, no clue. But the opposite is true of investing; you can be far more certain of positive returns at longer horizons than you can in the short-term. Looking over more than 100 years of data, we can see that any given month the market is down 40 percent of the time, a scary proposition if you are being overly watchful. At five year rolling periods, investors experience a loss 12 percent of the time. But at 12-year rolling periods, there has never been a nominal loss of capital! In the topsy turvy world of money management, the future is far more sure than the present.

As is so often the case with maladaptive investor behavior, the cure is often as simple as taking a more personalized approach. Investors who feel they have a trusted personal advisor will go to her instead of taking the more general, sensationalized advice of someone paid to deal in grandiosity. Likewise, as clients benchmark to what matters most to them, rather than trying to outperform the market in the short term, horizons naturally lengthen. I call this process “aligning gaze with goals” and it is one of the surest ways to provide your clients with genuine confidence.

Ignoring disconfirmatory ideas, taking a myopic focus and listening to financial “talking heads” all give an inflated sense of temporary surety that later comes crashing down. This sort of cheap affirmation is the junk food of the financial advice world, it feels good now but you’ll regret it later. It is only by trading counterfeit confidence for the genuine kind borne of longer horizons, personalized advice and examining all angles that investors will really begin to sleep well at night.