/sites/all/themes/penton_subtheme_wealthmanagement/images/logos/footer.png
Recent
Recent
11 Must Reads for the CRE Industry (May 18, 2022)
May 17, 2022
Apple Delays Plan to Have Staff in Office Three Days a Week
May 17, 2022
Will Inflation Derail the Recovery in Restaurant Dining and Leasing?
May 17, 2022
SPAC Deal Tests Investors’ Zeal for Single-Family Rentals
May 17, 2022
Featured
The 10 Best and 10 Worst States in Which to Retire in 2021
Jul 15, 2021
Poll: 15 Classic Books on Investing and the Markets
Apr 03, 2020
Fifteen Must-Listen Business Podcasts for Advisors
Aug 14, 2020
Celebrity Estates: Jay Leno and Planning for Classic Car Collections
Feb 22, 2022 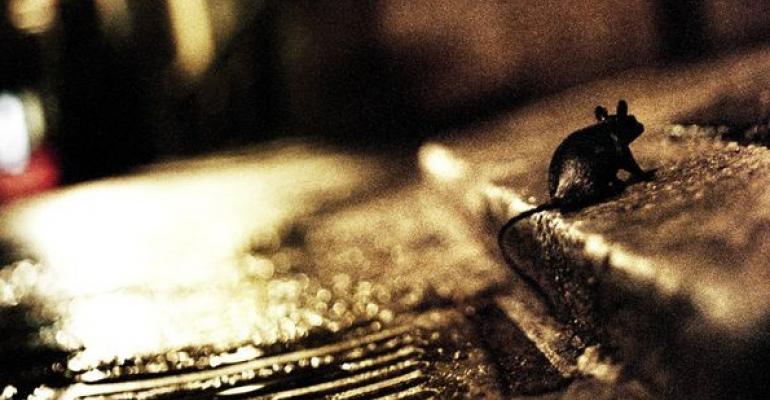 Surprise! How Did Long-Forgotten, Minor Complaints Abruptly Appear on BrokerCheck?

In 2010, FINRA amended Rule 8312 to require information concerning minor historic customer complaints be added to BrokerCheck records. Customer complaints that brokers had long since forgotten, which, in some instances, never resulted in litigation or even a settlement, suddenly appeared on their records, which are easily accessed by potential clients and others.  Brokers were forced to address informal customer complaints that could have occurred upwards of 15 years ago.

Three years later, the reason for this sudden and inconvenient change remains a point of confusion and frustration.  Here, I endeavor to clear up the confusion, at least.

FINRA rule 8312 before its amendments.

There are two general types of “historic complaint.”  The first type involves customer complaints that settled for less than $10,000 before May 18, 2009, and $15,000 after May 19, 2009.  In short, as long as a customer complaint settled for a relatively nominal amount (less than the above thresholds), those complaints did not make it onto a broker’s publicly available BrokerCheck record.

The second type of historic complaint previously barred from inclusion on BrokerCheck records were those customer complaints more than two years old that were neither settled nor adjudicated.  For example, suppose a customer makes a written complaint to a broker’s branch manager, but never files a lawsuit; and the broker-dealer never settles the matter with the customer.  After two years, under the previous rule, reference to such a customer complaint was removed from the broker’s BrokerCheck record.

The amendments to FINRA Rule 8312.

As such, customer complaints that FINRA previously did not include because they settled for less than $10,000/$15,000, or because they were neither settled nor adjudicated, abruptly and retroactively appeared on BrokerCheck records.  What’s more, the rule laid out no meaningful recourse for brokers to address these complaints that, for all previous years, had been a non-issue.  The problem remains today.

While I can somewhat understand FINRA’s amended requirement to disclose historic complaints that settled for less $10,000/$15,000 (at least in those cases there was presumably some actionable conduct that would warrant a party to pay a settlement), I find FINRA’s requirement to also include customer complaints that were neither settled nor adjudicated troubling.

A customer complaint that has neither been adjudicated nor settled means, quite literally, that any complaint a customer makes, be it written or oral, and irrespective of its merits, must be disclosed on a broker’s BrokerCheck record.

For example, suppose a customer with known mental problems calls the branch and curses the name of their broker of record.  The customer then follows up the phone call with an email to the branch further berating the broker alleging that he was damaged by the broker’s actions. Such a complaint, by rule, must be disclosed on the broker’s publicly available BrokerCheck record.

What’s more, the broker’s only recourse to have such a disclosure expunged is through FINRA Rule 2080, which would require him or her to initiate a formal arbitration proceeding and prove to panel of arbitrators either that the claim is false, that he or she was not involved in the alleged sales practice violation, or that the claim was impossible or clearly erroneous.  Although the arguments could weigh heavily in the broker’s favor, the cost of pursuing an expungement of this type of disclosure could be significant.

Brokers should have an opportunity to face their accusers in an efficient, just, and meaningful way.  And the fact that formal expungement proceedings are a broker’s only mechanism to refute a customer complaint that could have been effectuated through as little as 20 second telephone call and follow-up email somehow does not seem right.

Patrick Mahoney is an attorney based out of Manhattan Beach, California.  His practice focuses on representation of financial professionals in connection with a wide range of matters including: expungement of customer and employment related disputes from Central Registration Depository (“CRD”) records; litigation arising out of employment and customer disputes; and representation in connection with inquiries from state, federal, and self-regulatory bodies.

**This article is intended for informational purposes only and does not constitute legal or investment advice. Any views expressed are those of the author only.**