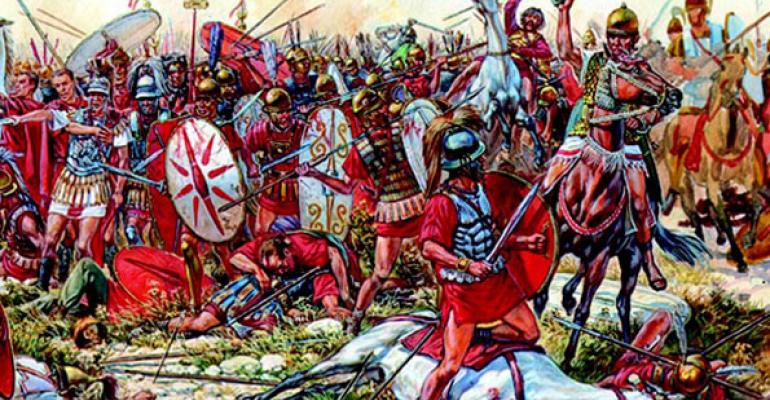 Roman generals had a method to stay humble after winning battles. Investment managers claiming victory in a bull market should take heed.

“I do not like to work with patients who are in love. Perhaps it is because of envy—I too crave enchantment. Perhaps it is because love and psychotherapy are fundamentally incompatible. The good therapist fights darkness and seeks illumination, while romantic love is sustained by mystery and crumbles upon inspection. I hate to be love’s executioner.”

So says Dr. Irvin Yalom, Stanford professor and the author of, in this shrink’s humble estimation, some of the finest books on psychology produced in the last 50 years. While Yalom’s pronouncements here deal most directly with romantic love in a therapeutic setting, their application to bull markets is obvious to me.

Just as good therapy is about seeking personal illumination, good investing is about overcoming spin and subterfuge to determine the true value of an asset. When times are tough, everyone is a cynic and such scrutiny comes easily, but as rising tides begin raising all boats asking the tough questions seems passé; paranoid even.

This tendency is rooted in a handful of well-documented biases, the first of which is “affect heuristic,” or the tendency for our current mood to color our perception of risk. When giving seminars on risk assessment, I often ask participants to write down the word, that if it were spelled phonetically, would be “dahy.” Go on, write it down and don’t over think it.

A second contributor to this dynamic is our tendency to own success and delegate misfortune, known as the “fundamental attribution error.”

We are quick to integrate contextual cues into our appraisals of ourselves but do not give others the same nuanced appraisal. Instead, we see their failings as more absolute and organic. On your morning commute, this looks like you screaming at others to “Watch where they are going!” even as you ascribe your own bad driving to not yet having had your second cup of coffee.

This tendency to own success and outsource failure leads us to view all successes as alpha, thereby robbing us of opportunities for learning as well as any sense of history.

In ancient Rome, victorious military leaders were paraded through the streets to be celebrated by the masses, much as today we celebrate the rockstar investment managers at conferences and on the sets up 24-hour business networks.

But there is one edge the Romans victors hold over the modern day Wall Street warrior, a behavioral intervention meant to overcome the damning effects of hubris and recency bias. Behind the general, in the same chariot, was placed a slave whose sole responsibility was to remind the general of his mortality as a hedge against excessive pride, the kind that comes before the fall. “Memento mori”, the slave would whisper, “Someday you will die.”

Even on the general’s greatest day, the Romans included a mechanism by which the conqueror was reminded that he too would be on the receiving end of bad luck at some future date.

Odds are, your investments and those of your clients have done well this year, a reality that should be celebrated after the collective punch to the gut of five years ago. But even as we celebrate, we would be wise to do as the Romans and ground ourselves in the sobering truth that tomorrow won’t always be as bright as today. “Respice post te! Hominem te esse memento!”, the slaves would further say, “Look behind you and remember that you are a man.”

Dr. Daniel Crosbyis a behavioral finance expert who works with organizations to develop products and messaging to maximize positive investment outcomes. Among his current collaborations is "Personal Benchmark", a system of embedded behavioral finance delivered by Brinker Capital.