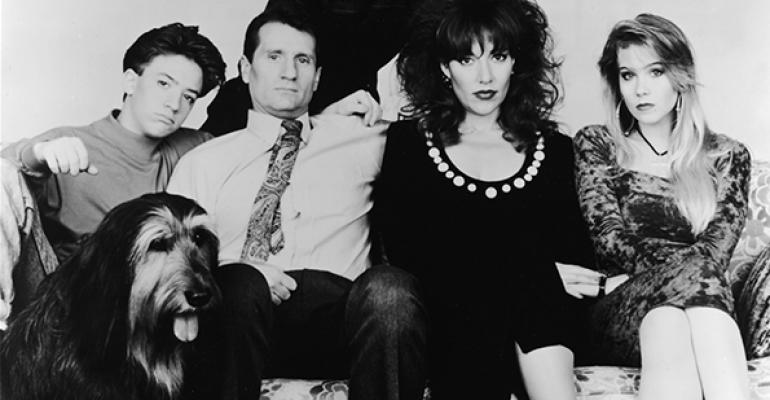 REP. readers do it by the numbers

Marriage confers big financial advantages to those who pursue wealth. Married couples have an edge when it comes to income, taxes, Social Security, inheritance, home ownership, dozens of other state and federal benefits, and even physical health. To better advise married couples, advisors should be informed.

Factor by which the risk of early death is higher across a lifetime for single men and women compared to married men and women, respectively: 32 percent / 23 percent

Number of benefits, rights and protections provided on the basis of marital status in Federal law: 1,138

Number of provisions in the U.S. tax code that take marital status into account: 179

Number of provisions dealing with current and retired federal employees, members of the Armed Forces, elected officials, and judges that invoke marital status: 270

Maximum annual tax-free gift that you can give another person not your spouse: $14,000

Maximum annual tax-free gift that you can give your spouse (as long as he or she is a U.S. citizen): unlimited

Threshold for a married couple’s combined income before the so-called “marriage tax penalty” may be incurred: $169,150

Estimated impact of marriage penalty relief for the average taxpayer in the top income quintile: 0.66 percent

For the average taxpayer in the middle quintile: 0.24 percent

Maximum amount of home ownership debt a married couple can deduct, twice as much as a single taxpayer: $1 million

Maximum amount of capital gains from the sale of a home that married couples can avoid, twice as much as single taxpayers: $500,000 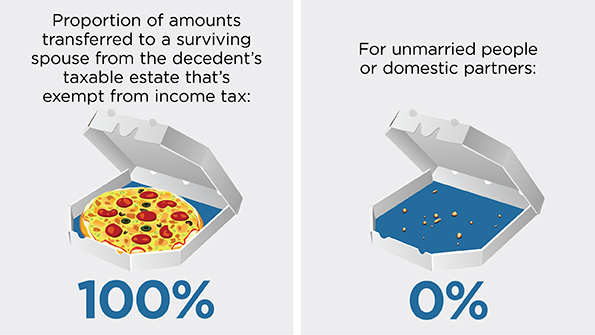 Proportion of retirement plan benefits that may be rolled over into the IRA or 401(k) of the surviving spouse when a married retirement plan participant dies: 100 percent

Percentage by which young men and women of married parents living in intact homes are more likely to graduate from college: 44

Factor by which male victims of violent crime are more likely to be single than married: 4

Rank of arguing about money on a list of predictors of divorce: first 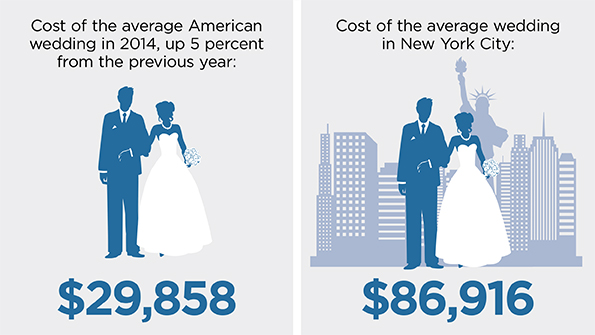 Percentage of couples who said the economy affected their wedding budget in 2013, compared to 34 percent in 2009: 20