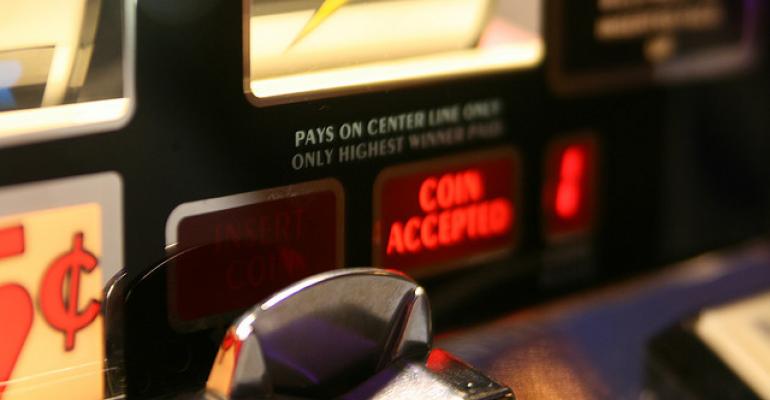 Gaming stocks are seeing a nice pop today, with BYD stock up 2% or so and Zynga up a cool 6%- you can check out the stock quotes here- http://yhoo.it/YZbamb.

The enthusiasm stems from the approval of online gaming in New Jersey. NJ casinos will now be allowed to offer online play to NJ residents. This event is being part of a trend, along with similar legislation in Nevada and Delaware, that will eventually lead to nationwide online gaming. Online gambling site PokerStars has already announced plans to buy a moribund Atlantic City casino in an attempt to enter this market.

But while there is no doubt this legislation will grow the market, the financial impact is likely to be muted over the next 6-24 months. First, it won’t be up and running until this fall, by  most accounts. Second, since it is limited to NJ residents playing in NJ on the sites of NJ based casinos, the target market is limited.

But I am even more skeptical of Zynga’s move. While the company has been talking about moving from its highly successful free poker games on Facebook to real money gambling, I doubt this will happen without a game changing acquisition. Simply being able to offer online poker software is hardly the most important aspect of running a successful online real money gaming system. Regulatory issues, relationships with state licensing boards and gambling commissions, payment systems, and other infrastructure related abilities are the most important. For Zynga to move from being a fast paced software company to a established firm with relationships with regulators would be a difficult, expensive and lengthy effort.

While I am optimistic that online gaming will continue to grow domestically with additional efforts by state legislators, I think it is a poor investing thesis, especially for the flagging Atlantic City casinos and the troubled Zynga platform.