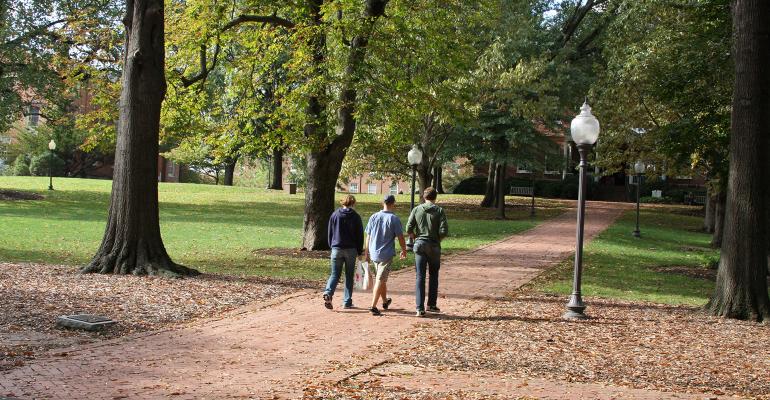 Careful planning can help clients minimize the cost of using these funds of last resort.

Ideally, clients would be able to pay for college costs from a combination of savings, income and financial aid such as grants and low-cost loans. But often those sources aren’t enough (or aren’t attractive enough) to the foot the entire bill.

Those who are in a financial pinch at the start of a semester will be relieved to know that it’s possible to use their 401(k)s, IRAs and Roth IRAs to pay for higher education expenses without necessarily getting clobbered by taxes and penalties. Here’s what you need to know when clients call you in a panic.

The easiest way most workers can use their 401(k) accounts to pay for college expenses is by borrowing money directly from the account, assuming their employer allows loans from the plans. If so, the 401(k) owner can usually borrow the lesser of $50,000 or 50 percent of the account value. There is no credit application or approval process for a 401(k) loan, and the debt doesn’t show up on the borrower’s credit report, thereby avoiding a potential negative effect on their current debt terms or future borrowing.

However, if the borrower’s employment is terminated while a loan balance is outstanding, the loan usually has to be repaid immediately. Otherwise, it counts as a distribution and will be taxed as income and penalized if the account owner is under age 59½.

Another more drastic method is for the client to take a “hardship withdrawal” from their 401(k), again assuming their employer allows these distributions. Only a few circumstances allow employees to use the hardship withdrawal provision, but one of them is the need to pay for higher education expenses incurred by themselves, a spouse and/or children and dependents when no other funds are available. If a hardship withdrawal is approved by the employer, then the amount taken out will be subject to income taxes, plus a 10 percent penalty if the 401(k) owner is under age 59½.

Last but not least, clients who have reached age 55 and have a 401(k) from a previous employer can make withdrawals from that account at any time, in any amount and for any reason. The withdrawals will be taxed as ordinary income, but there will be no “pre-59½” penalty applied.

However, this exempt amount may be reduced by scholarships, grants and other forms of financial assistance. The net figure is known as the “adjusted qualified education expenses” (AQEE), the details of which can be found in Publication 970 at www.irs.gov.

Assets held in Roth IRAs can be withdrawn tax-free, as long as the owner has reached age 59½ and at least five years have passed since the owner made their first contribution to the account. Roth IRA owners of any age can always withdraw the contribution portion of their account at any time for any reason (including paying college expenses) with no taxes or penalties whatsoever.

Better yet, the IRS allows Roth IRA owners to designate the withdrawals as the “contribution” portion of the account, until the money taken out equals the amount contributed. But if the Roth IRA owner is under 59½ and/or has held the account for less than five years, the earnings portion of the account will be taxed as ordinary income. However, in that situation the client can still avoid the 10 percent penalty if the money is used to pay for qualified higher education expenses incurred during the same calendar year in which the distribution is made.

Loans from 401(k)s are not included in the EFC, as long as the money is spent before the family applies for financial aid. But any unused loan proceeds remaining when the family applies in the future may be included as a “parent asset” in the EFC. Up to 47 percent of money withdrawn from 401(k)s, IRAs and Roth IRAs is usually included in the “parental income” portion of the EFC; therefore, it may have a substantial negative effect on the amount of need-based aid received by the family. Consequently, clients who anticipate receiving need-based aid may want to wait to tap retirement accounts until the student is near the end of their college years and won’t be applying for aid in the following years.

Clients who hope to qualify for financial aid should begin filling out the FAFSA form at www.fafsa.ed.gov as soon as possible after the October 1st preceding their child’s attendance at a higher education institution. They can use the FAFSA4Caster at the same site to get a rough idea of how much need-based aid they may get, and what moves may increase (or decrease) their eventual award. Clients can also use H&R Block’s Tax Calculator at tinyurl.com/taxest to simulate how withdrawing money from their various retirement accounts may affect their taxes.