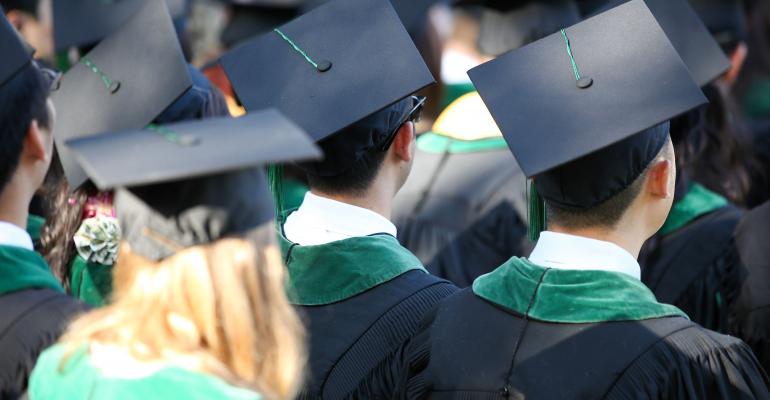 The average amount of debt a student will accumulate in college continues to climb.

It's been estimated that graduating undergrads from the Class of 2015 left college with the highest amount of debt ever incurred—more than $35,000, on average, per borrower.

But paying off debt isn’t just a challenge for twenty-somethings. Even people in their forties, fifties and older still have student loan balances.

Because high levels of student loan debt are far more common than they used to be, you should expect queries from clients about how to minimize their own balances, in addition to those of their grown children, as well as how to stay on top of payments. 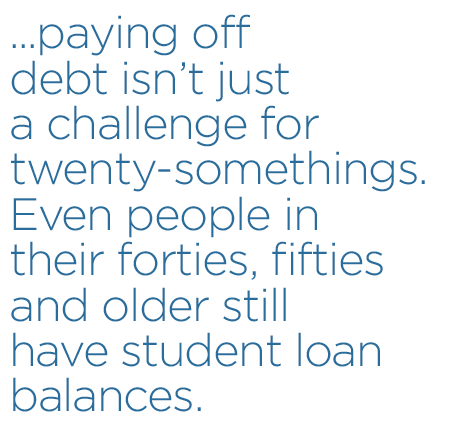 But no prohibition exists to prevent borrowers from refinancing their debts with private lenders. Depending on the debtor’s credit score, among other factors, a borrower could capture a significantly lower rate than the one charged by the federal government. Private loans come with variable and fixed rates that can range from 1.90 percent to 9 percent.

Lenders who offer loan refinancing for student debt include traditional banks, such as Wells Fargo and Citizens Bank, as well as credit unions, which can be more consumer friendly. Good resources for information on credit unions that refinance student loans are LendKey and Credit Union Student Choice. There are also newer entries into this field, in-cluding SoFi, Earnest, Darien Rowayton Bank and CommonBond. CommonBond only refinances graduate loans.

Your clients need to appreciate that it can be quite risky moving federal debt, as opposed to private college debt, into a private loan. That’s because federal student loans come with built-in protections that can help borrowers when they're struggling. You typically won’t find these sorts of features with private loans.

Only borrowers with federal loans, for instance, can qualify for the federal government’s income-based repayment plans, which essentially allow borrowers to repay based on what they’re earning rather than what they owe. The newest plan, and the one with the best terms, is called Pay As You Earn. This program will lower a participant’s monthly payment and can also result in loan forgiveness if the loan isn’t repaid in 20 years.

Moving federal debt into a private loan would also disqualify borrowers from public service loan forgiveness programs, which allow graduates who work for a government entity or a nonprofit to have their loans forgiven after 10 years of payments.

A person who’s a recent college grad, underemployed or thinking about changing jobs or careers, would usually be better off keeping their federal student loans. Individuals who are in a secure financial position and are eager to pay off their federal loans quickly may want to consider refinancing with a private student loan if they can qualify for a low rate.

Consolidating federal loans with the federal government can be a smart idea if the borrower has multiple loans and is having trouble staying organized. Borrowers can access all their federal loans by logging into the U.S. Department of Education’s National Student Loan Data System.

Any borrower who consolidates his or her federal loans through the federal government will end up paying the weighted average of the rates on the outstanding loans, with that figure being rounded up by 1/8th of a percent.

Talk with your clients who have heavy student debt loads about some of these options and you may help alleviate a great source of financial stress.