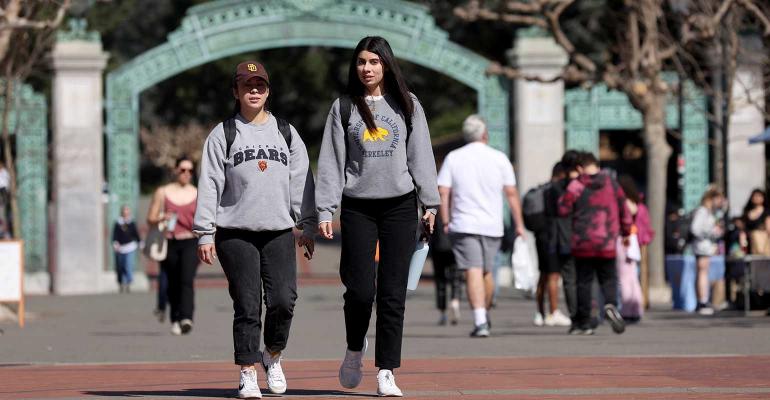 Under a new government program, any borrowers who were in default or delinquent before the loan-payment moratorium will emerge from it with a clean slate.

The federal student loan payments were first paused in March 2020 during the Trump administration, when the pandemic was shutting down the country and people were losing their jobs.

The loan-repayment moratorium continued into the Biden administration, and the policy is now on its sixth extension, scheduled to end on Aug. 31, 2022. With midterm elections coming up in November, however, I wouldn’t be surprised if it was extended again.

The pause has been a godsend for many borrowers who have not only skipped making payments, but also seen their balances remain the same. During this period the interest rate has been set at 0%.

The pause has also benefited borrowers who have defaulted on student loans, since collection activity has been suspended.

But another major development, which has gotten little publicity, will dramatically help borrowers who previously had defaulted or were delinquent on their payments.

When the payment moratorium ends, struggling borrowers who had fallen behind in payments before the pandemic hit will be getting what the federal government is calling a “Fresh Start.”

According to the U.S. Department of Education, any borrowers who were in default or delinquent before the loan-payment moratorium will emerge from it with a clean slate. Delinquencies and defaults will be removed from borrowers’ credit histories, and individuals will be able to make their payments again in good standing.

The DOE has released little information regarding how the Fresh Start program is going to be implemented. One question that is unclear is whether these rehabilitated borrowers will now have access to programs that had been closed to them, such as the federal income-based repayment plans and Public Service Loan Forgiveness. Also, will they be eligible to begin borrowing through the federal financial aid system again?

It’s estimated that roughly 10 million borrowers will be able to take advantage of the Fresh Start initiative. Within that group, about 3 million borrowers were delinquent with their payments and 7 million were in default. Borrowers are considered to be in default if they don’t make their scheduled loan payments for at least 270 days. Borrowers are considered delinquent if they are a day late on their loan payment, but the delinquency isn’t reported to the three major credit bureaus unless the loan is 90 days past due.

Approximately one in six borrowers with federally managed student debt are in default. In the year before the pandemic, more than 1 million Direct Loan borrowers defaulted.

The Fresh Start initiative didn’t get much publicity because it was briefly mentioned in April when the administration announced that it was extending the loan pause for a sixth time.

One question that I have about the expungement of delinquency or default from borrowers’ records is whether this will have a deleterious impact on future borrower behavior. That will be interesting to watch.

Once they’ve left school, students who borrowed through federal Direct Loans can select one of four income-driven repayment programs, which are valuable if a borrower’s debt exceeds his/her ability to pay based on income and household size. Essentially, borrowers in these programs can repay their loans based on how much they are making, not what they owe.

Parents who rely on PLUS Loans haven’t enjoyed the federal income-driven repayment options, although students who use the PLUS Loan for graduate and professional degrees can take advantage of these repayment programs.

Many parents could benefit from an income-driven plan because the nature of the PLUS Loan makes it incredibly easy to financially overextend. After a student’s grants and scholarships are subtracted from the cost of a school’s attendance, a parent can borrow the rest. In some cases, this can be tens of thousands of dollars a year.

Luckily, however, there is a little-known loophole that will allow parents to take advantage of one of the federal income-driven repayment programs. PLUS Loans taken out on or after July 1, 2006, will be eligible if they move their PLUS Loans into the federal Direct Consolidation Loan. Parents who jump through this hoop will be eligible for the income-contingent repayment plan. This ICR plan is the oldest and has the least desirable terms, but it could be beneficial for many parents.

Under the ICR, payments are set at 20% of the discretionary income for 25 years or at 12 years of fixed payments — whichever is less.