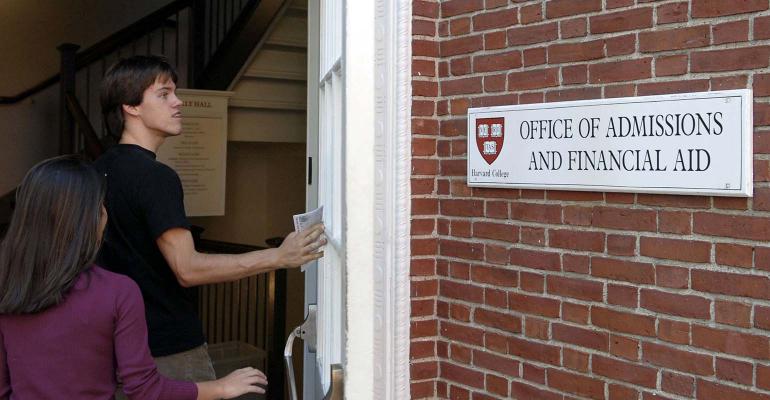 Roughly two years ago, the U. S. Department of Justice began exploring college admission practices. The DOJ was concerned that the traditional recruitment methods were anti-competitive and anti-consumer.

For instance, May 1 has always been the day when colleges are supposed to stop recruiting students who have decided where to attend college and have put down deposits to reserve a freshmen spot. Why, the department wanted to know, should there be a date when offers from other schools have to stop? What if a college was eager to extend a better deal to a committed student? Shouldn’t that student be allowed to hear about it?

The National Association for College Admission Counseling has insisted that May 1 remain sacrosanct. NACAC represents 1,700 private and public colleges and universities that agree to follow the organization’s extensive code of ethics. NACAC backed the May 1 deadline observance and many other rules that dictate how institutions can conduct their admission activities.

In 2018, an opinion piece in The Wall Street Journal characterized how colleges, following NACAC’s lead, conducted themselves in the admission process: “It’s long been an open secret that American colleges engage in cartel-like behavior.”

The DOJ ultimately told NACAC that it needed to eliminate some sections of its ethics code or face legal action. At its annual meeting at the end of September, the NACAC membership voted to delete ethic code provisions that the DOJ found objectionable. NACAC urged its members to approve the deletions because the group didn’t have the financial ability to fight the department in court.

Now, the May 1 deadline to committed students is gone, and schools can continue contacting high school seniors with admission offers through the summer. Essentially, college admission recruiting will last year round.

Just as importantly, families can keep hunting for better deals that could lead to enhanced merit aid and/or financial aid packages. What’s more, families could enjoy leverage with a student’s No. 1 pick. Let’s say a student is getting contacted by other schools and is thinking about leaping to another college. Parents could contact the original school that a student committed to and ask for it to sweeten its deal.

Keep in mind that not all colleges will need to bargain or lengthen their recruiting season. Extremely popular schools with ridiculously high rejection rates won’t have to. I can’t imagine a university like Stanford, with an acceptance rate of just 4%, chasing prospects in July or worrying about other schools poaching their latest pool of freshmen.

Here is the other major development: Colleges can now sweeten the pot for students who are applying early decision. The NACAC provision that prohibited colleges from offering special incentives to students who applied early decision is no longer in effect.

When students apply early decision, they promise to attend the college regardless of whether they receive scholarships or financial aid from the school. Some families are willing to take this risk because at most colleges early decision applicants enjoy a higher acceptance rate.

Colleges could now offer special deals for applicants, including better financial aid, bonus scholarships and special housing for the early birds. Some schools that didn’t offer early decision as an option or did very little, could jump in.

The biggest winner of this change will be affluent families. Because of the financial uncertainty of applying early decision, the option has primarily been employed by wealthier families who are less concerned about the ultimate cost of a school.

Admission directors at the majority of private and public colleges and universities were already stressing about filling their freshman class each year, and now this capitulation to the DOJ will make their job even more challenging.

One way that schools may fight back against opportunistic college shopping and poaching from their peer institutions is to increase the required college deposit amounts. Many colleges now have a modest deposit requirement, which wouldn’t discourage some families from putting down multiple deposits or walking away from one.

Some schools are expected to initiate changes in their admission recruiting this season, while others will be waiting until next year.