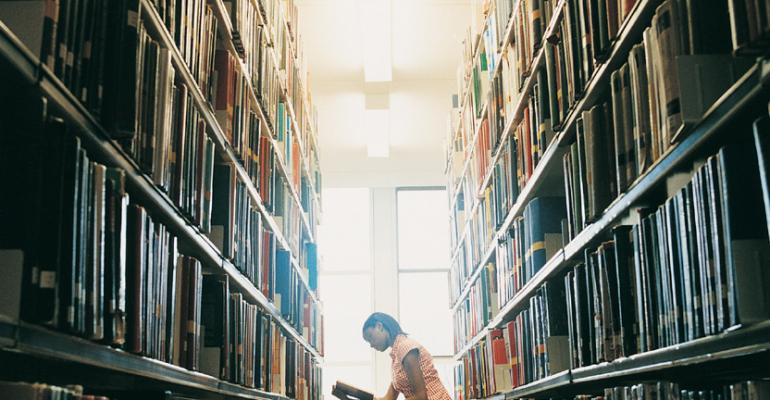 Parents often assume that their children are going to finish their degrees in four years. Most of the time, it doesn’t happen.

At some schools, students enjoy greater odds of correctly guessing a coin flip than they do of graduating on time. Parents and teenagers often assume that their children are going to finish their degrees in four years. Most of the time, however, it doesn’t happen.

At public universities and colleges, which is the destination of the vast majority of students, just 31.3 percent of graduates manage to earn a bachelors degree in the traditional four years. At private institutions the four-year grad rate is 52.5 percent.

Even six-year grad rates are nothing special. According to federal statistics, 57 percent of full-time college students graduate within six years. A third of students who borrowed for college have never earned a degree.

That said, the nation’s elite schools (listed below) enjoy a lock on the most impressive grad rates. The students who attend these schools are typically well-prepared for college, and they are far more likely to have wealthy parents who can foot the bill. Students won’t be dropping out because they can’t pay a $60,000-a-year price tag.

Beyond the institutions clustered at the very top of the college rankings, however, graduation rates can vary significantly among similar types of schools.

For example, a student at Villanova University would be far less likely to experience delays (with a 87.5 percent four-year grad rate) than undergrads at Loyola University in Chicago, where only about half graduate on time.

The graduation rates can also vary significantly among groups of students within an institution. Using new federal graduation data, The Education Trust recently highlighted the graduation disparity within student bodies. The latest six-year grad rate for whites was 62.1 percent, while the rates for Hispanics and blacks were 51 percent and 39.9 percent, respectively.

Apologists for the graduation disparities suggest that minorities can be less academically prepared for the rigors of college, which they say explains the inferior grad rates. But the new report by The Education Trust proves that this is a weak excuse.

Two of the schools that The Education Trust used to illustrate its position were Syracuse and Hofstra universities, both located in New York State. The freshmen who attend these schools share similar median SAT scores: Hofstra (1185) and Syracuse (1165). They also enroll a similar percentage of low-income students, as measured by federal Pell Grant recipients: Hofstra (24 percent) and Syracuse (25 percent). And yet the six-year grad rates for blacks (73.6 percent) and Latinos (72.2 percent) at Syracuse is far better than that of blacks (49.4 percent) and Latinos (53.8 percent) at Hofstra.

The researchers found plenty of examples of the same phenomenon at public institutions. At Florida State, for example, black students graduate in six years (74.1 percent) at nearly the same rate as white students (75.1 percent). In contrast, at Michigan State, the grad rates for blacks (58.4 percent) is significantly lower than white students (80 percent).

While most schools don’t publicize their grad rates, they are easy to retrieve. College Results Online (www.collegeresults.org) is offered through The Education Trust. College Completion (collegecompletion.chronicle.com), another source for grad rates, is a microsite of The Chronicle of Higher Education.

At either of these sites you can obtain the four, five and six-year grad rates of any school. You will also see these grad rates broken down by ethnicity and gender. At many schools, women graduate at higher rates than the men.

To save money, your clients need to check the graduation rates of colleges on their teenagers’ lists before they apply to any schools. Spending a few minutes researching could save them tens of thousands of dollars.