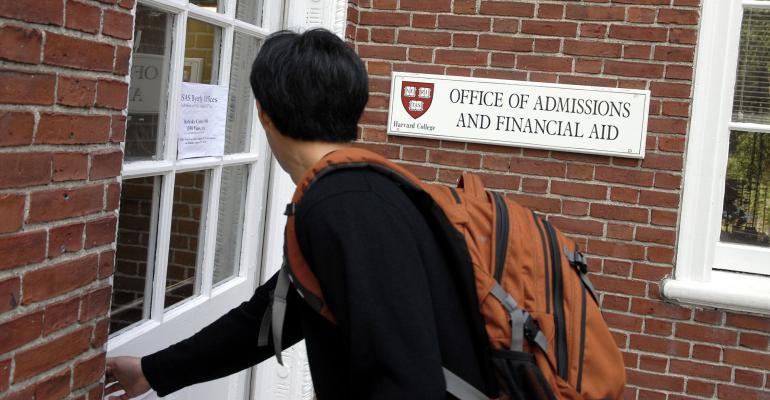 Publicizing Financial Aid Awards for All to See

Greater tuition transparency would be a boon for students and their parents.

It would be extremely valuable if parents and teenagers had access to information about financial aid and merit awards that students elsewhere are receiving at schools that interest them.

Seeing other award letters could provide families with leverage to potentially squeeze more money from colleges on their lists and also alert them to attractive packages from schools that hadn't even been on their radar but now could be.

TuitionFit.org, a new, ambitious higher-ed player, wants its online platform to make college pricing transparent for families across the country. The site is the brainchild of Mark Salisbury, a former admissions administrator at Augustana College in Illinois and the University of Iowa.

“As consumers, we're asked to narrow our choices to a small number of schools from thousands of colleges out there and then narrow that down without being able to know the price," Salisbury said. His aim is to reduce the need to make a final selection in a vacuum and, ultimately, help families save money.

TuitionFit encourages teenagers to upload their award letters and, in return, receive free access to aid offers that other students have posted. TuitionFit redacts all names and other personal information before posting the letters.

Families that don’t have any award letters to upload can pay to access the site. After this inaugural year, families will be able to see award letters from previous admission seasons for free.

With this information, families can form a better idea if an award could be more generous and then appeal to the school to sweeten the deal. Beyond the most prestigious institutions, many schools are willing to negotiate because there is fierce competition among colleges to fill their freshman slots.

Just as important, the website serves as an intermediary between families and colleges that are eager to offer a teenager greater awards. Colleges can become members and have the opportunity to reach out to students, via TuitionFit, after seeing a student’s grade point average, test scores and Expected Family Contribution.

For instance, let’s say a student with a 3.3 GPA and an 1180 SAT got a $15,000 award from a school that brought the net price of attendance down to $35,000. A college on the TuitionFit platform could see that offer to the anonymous student and offer the student, via TuitionFit, an award that would drop his/her cost down to $31,000.

In essence, what TuitionFit is trying to do is bring some sanity to the marketplace by making pricing transparent. At the same time, TuitionFit aims to expand the pool of promising colleges with potentially greater offers to students.

Here is a hypothetical example that Salisbury provided of how this approach could mutually benefit schools and applicants:

An Illinois family might think that one of the regional state universities in the state, such as Northern Illinois or Western Illinois, would be the cheapest option. And it would be if you just looked at sticker price because private schools have much higher published prices.

Many families, however, don’t know that most private Midwestern schools are discounting their tuition prices as the region produces fewer teenagers and parents are balking at high sticker prices.

If you just looked at sticker price, a family might never consider a private school like Monmouth College, which charges $46,640 for tuition and room/board. What families wouldn’t know about Monmouth is that its average tuition discount is a whopping 65 percent.

With that discount, the price difference between Monmouth and Western Illinois is just $3,000. Private schools like Monmouth could reach out to families on the site and say, “Hey, look at us. We are eager to make a deal.”

There were just a few dozen award letters posted on the new site in January, which is when it launched, but as more letters come in the site’s value will increase.

The Challenge of Reading an Award Letter

While award letter transparency would be a boon to families, many parents and teenagers struggle to decipher the awards that they receive.

And it’s no wonder. I’ve seen plenty of misleading awards that leave out the cost of attendance, don’t identify loans properly and use confusing abbreviations.

One of the worst letters that I’ve ever seen came from the University of Arizona. The award made it appear that the student would be attending the flagship for free!

The sticker price was $48,2000 and the award said the student’s cost would be zero dollars after all forms of help were subtracted. In reality, after the gift aid (free money) was subtracted, her costs would have been $42,385.

I was amazed that they classified a potential loan of $36,885 as “credit-based aid offered.” Some nerve.

Here is a screenshot of the offer:

A New American study of awards at more than 500 colleges and universities showed that many award letters are, at best, confusing and, at worst, downright misleading.

Here are highlights of what they discovered:

To see a model award letter, you can take a look at the U.S. Department of Education’s Financial Aid Shopping Sheet. The federal government is currently revising this document and is renaming it the College Financing Plan.