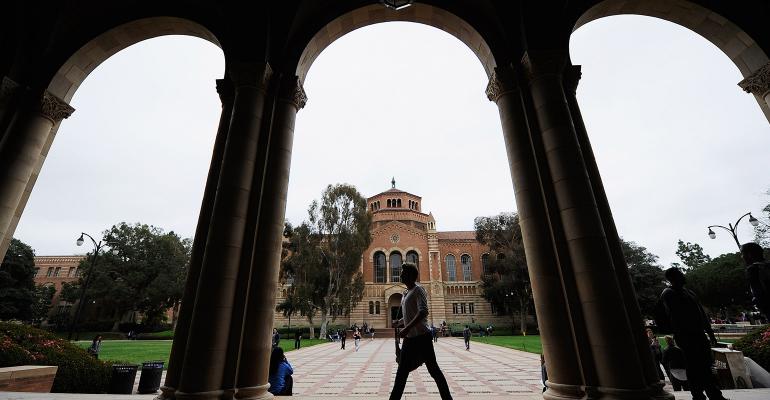 Picking Colleges by Price or Reputation

Your clients’ college-bound kids should consider next-door neighbor schools, which may not have the highest rankings but are much lower priced.

At the same time, price tags shouldn’t be ignored because, in many cases, institutions that have higher published prices will cost families more.

Schools that can charge higher prices generally do. Most colleges, however, can’t charge as much as the most elite institutions.

Here are schools that are routinely costlier than most institutions:

A common denominator for all these expensive schools is their high U.S News & World Report college rankings. These high-ranking schools can charge more money because the rankings cachet attracts more (often quite affluent) applicants to these schools. When the supply (limited freshmen slots) is out of whack with the demand, prices rise and keep climbing.

Here are some pricing examples of this phenomenon at public universities that are popular with out-of-state and foreign students. Because of the draw their brand names command, the following schools are among those that can charge the same inflated prices as some of the fanciest private schools:

You can see the same dynamic with the University of Arizona, which is very popular with Californian teenagers, and its next-door neighbor University of New Mexico, which doesn’t have the same draw. UNM’s cost of attendance is $15,071 cheaper than Arizona’s.

It’s true most colleges and universities offer price discounts, but the schools most in demand can dispense smaller merit scholarships with tougher requirements. For instance, the University of New Mexico offers nonresident scholarships worth nearly $15,000 a year to students with a score of 23 ACT (1130 SAT) and a 3.5 GPA. In contrast, at the more popular University of Colorado at Boulder, a nonresident would typically need an SAT score of at least 1360 or 29 on the ACT with a GPA of at least 3.85 to get a $6,250 scholarship.

You can see the same trend with private colleges and universities. For instance, at Pomona College, an elite liberal arts college in Southern California, no one in the student body receives a merit scholarship. The school, which is ranked seventh among all the nation’s liberal arts colleges, gives generous need-based financial aid, but 43 percent of the student body is high income and since there are no merit scholarships, they pay full price.

Now let’s contrast that with the University of Redlands, a 30-minute drive away. Ninety-four percent of freshmen get a price discount there, and the average merit scholarship for freshmen is $17,389.

You might be thinking at this point that the more expensive schools are simply better and worth paying the premium, but that’s a dangerous assumption.

When researching colleges, many families gravitate to highly ranked schools without having any idea of whether these institutions merit their reputations. In reality, no university is a monolithic entity that is uniformly excellent, average or mediocre. That’s why just selecting a school by relying on general impressions, the strength of a school’s men’s basketball or football program or U.S. News’ actual rankings won’t be adequate.

The quality of education that students receive will often depend upon the academic major that they pick and how strong or weak that school’s corresponding academic department is.

The Chronicle of Higher Education, which was previously only available to subscribers, has a helpful tool that can help you and your clients identify schools by price. With the online tool, you can sort through 3,000 colleges and universities by price in all 50 states. Here are the categories that the tool covers:

Using this tool, officially entitled Tuition and Fees, 1998–1999 Through 2016–2017, you can conduct a search for schools in any of the above categories or all of them simultaneously either nationwide or by state.