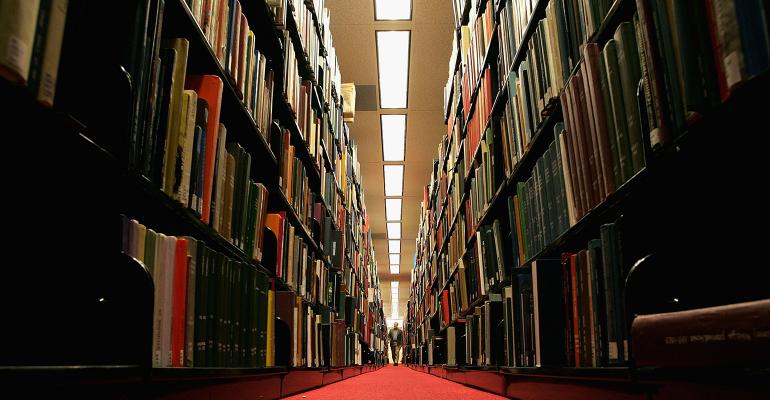 (Bloomberg) -- College financial aid counselors are supposed to be students’ primary resource to help figure out how to pay for school—determining how much they'll need to borrow, the types of loans best suited for them, and sources of cash. But a recent survey suggests that most young Americans saddled with student debt aren’t getting that level of care.

Less than half of millennials who have dealt with student loans called college financial aid offices “helpful,” according to a September online survey of 2,086 American adults conducted by ORC International for Citizens Bank, one of the nation’s largest lenders and a unit of Providence-based Citizens Financial Group Inc.

Millennials’ dim view of their schools’ financial aid offices comes nearly a decade after New York State prosecutors accused colleges and financial aid counselors around the country of accepting kickbacks from lenders in exchange for sending them business from new student borrowers. Those allegations led to numerous settlements with lenders and schools, while the National Association of Student Financial Aid Administrators— which lobbies on higher education finance issues in Washington on behalf of college aid counselors—agreed to abide by a detailed code of conduct.

Beth Guerard Maglione, a spokeswoman for the financial aid group, didn’t respond to requests for comment on the survey.

While the survey found just 49 percent of millennials, defined as people between the ages of 18 and 35, found college financial aid counselors helpful, that's still a bigger share than said any other sources of information were helpful.

Further down the list of options presented to those surveyed were the U.S. Department of Education, college advisers, and family and friends. At the very bottom were branch bankers: A paltry 7 percent of respondents said bankers and physical branches were helpful to them in dealing with student loans.

Considering how little help they said they're getting, it’s no wonder that 69 percent of the millennials surveyed said applying for student loans caused them more stress than applying to college. About three-quarters of millennials polled said that the borrowing experience was confusing and that they wished they had someone to help them navigate the process.

“People were even more confused than we thought they were,” said Christine Roberts, head of student lending at Citizens.

The survey, one of many commissioned by Citizens in recent years, is part of the bank’s effort to expand its student lending business. In response to various survey results, the company has asked for less paperwork from borrowers, simplified application form language and added training for branch bankers, Roberts said.

The Citizens survey also found that four of every five millennials with student loans worry about their ability to repay that debt—something with which many millennials are already struggling. About 25 percent of the country's student loan borrowers are either in default or in arrears on their debt.

That figure could have broader economic consequences. With about one in six American adults, or more than 40 million people, collectively owing nearly $1.4 trillion on their college debt, federal financial regulators have warned that the growing pile of student loan bills may hold back economic growth as indebted Americans cut back on spending.