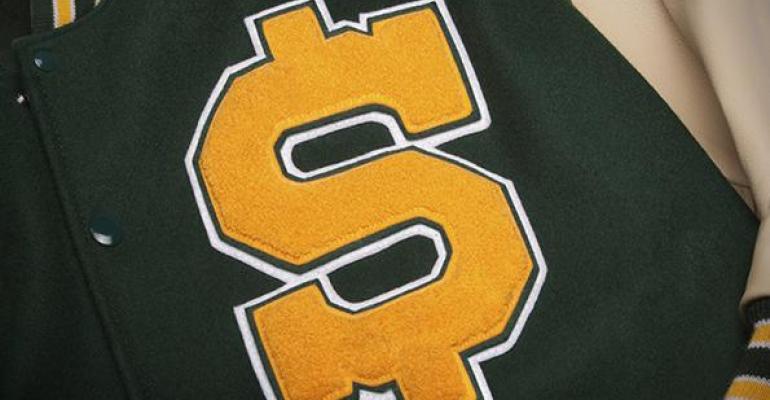 (Bloomberg) -- Parents coo and cheer as kids take their first steps, speak their first words, and eventually gambol through those schoolhouse doors. Lurking in the background though is a slowly building dread that culminates with another first: the college application, and the mountain of tuition bills it foreshadows.Half of U.S. high school graduates this year had better forget about mom and dad paying for all, or even some, of their college education, now a six-figure proposition at even middling schools. A new survey from Discover Financial Services found that 48 percent of parents think their child should pay a portion—or all—of the cost. Four years ago, the same survey found 39 percent of parents held that opinion. That parental piggy bank is shrinking.

Interestingly, the proportion of parents fully prepared to pay all of a kid's tuition increased from 9 percent in 2015 to 11 percent this year, perhaps reflecting that the number of very wealthy families is increasing at the same time that half the country contemplates taking ever-larger student loans to fill the gap. The survey of 1,000 American adults with children from age 16 to 18 was conducted on behalf of Discover by Rasmussen Reports, a nonpartisan polling firm, from March 30 to April 3. Most of those polled said they could spring for at least a quarter of the tuition cost. This is a hefty amount, given that the average debt for an American undergraduate who completed studies in 2014 was $28,950, a 2 percent increase from 2013.

Not surprisingly, borrowing is the most common method used to pay for education, with 32 percent of parents saying they would ask the bank for help, while 27 percent plan to rely on family savings. Four percent of parents said they’d dip into retirement funds, while only a handful, 3 percent, said they would consider refinancing their home or taking on a second mortgage.Don't get too happy, students: Over half of all parents said you'll have to take out loans, especially if you pursue a degree that's less likely to lead to a job. (Drama majors, you've been warned.) Despite increasing reliance on student borrowing and nightmare tales of unemployed graduates carrying $100,000 or more in debt, a third of all parents don't seem to know much about what their kids are getting into. The survey found that 8 percent of parents had no idea of the difference between federal and private loans (the latter are generally much more expensive), while 26 percent described themselves as simply “not very knowledgeable.”

One thing parents may be happy to learn is that billions of dollars in free tuition money is out there waiting to be claimed. The majority of those polled by Discover said they didn't complete the Free Application for Federal Student Aid (FAFSA). About $2.7 billion in federal grant money was left on the table because parents didn't bother to fill out these forms, consumer finance website NerdWallet Inc. said. Among those who did complete the application, 15 percent described it as “very difficult.” Nonso Maduka, a student debt expert at NerdWallet, said the form is indeed complex, which may be "impeding them from filling it out.”

Despite all these hurdles, the survey found mom and dad still have high hopes for junior's success: Though 43 percent say they're very worried about having enough money to pay, they have yet to scratch the priciest schools off their lists.