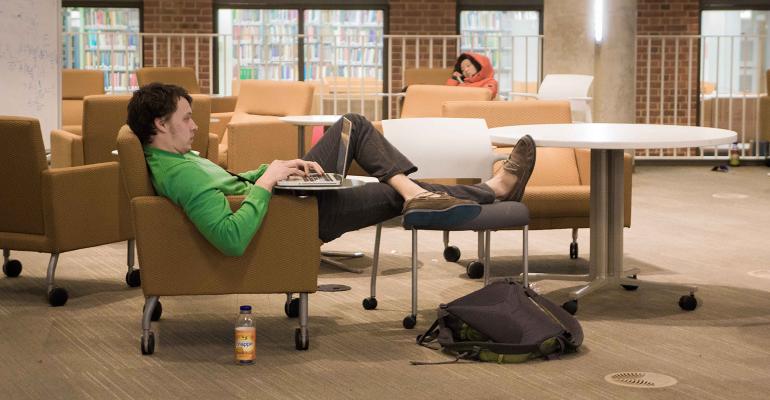 The amount of money state universities are devoting to merit scholarships for well-off applicants has exploded since 2001, a new study shows.

If your clients are looking for schools that will provide their teenagers with merit aid, a promising place to look is at public universities inside and outside their own state.

A new report from the New America Foundation documents that the nation’s state universities are in a “merit-aid arms race” to attract affluent students wherever they might live.

The amount of money that state universities are devoting to merit scholarships for well-off applicants has exploded since 2001. Currently $2 out of every $5 these schools provide in aid went to upper-middle-income and wealthy students.

The Reason Behind the Merit-Aid Arms Race

Here are key reasons why state schools pump so much of their money into attracting affluent students:

1. High-income students are a source of needed revenue.

Even with scholarships, high-income students from out of state typically spend more on tuition that in-state residents who qualify for need-based financial aid. This is hugely important to public universities that have been grappling with declining financial support from state governments for years and especially after the recession nearly 13 years ago.

State universities want to inch up in U.S. News & World Report’s rankings for bragging rights and also to attract more affluent students who pay attention to the rankings.

The biggest decline of college-bound teenagers is in the Northeast and the Midwest. Illinois, Ohio and Wisconsin are expected to experience especially sharp declines in the coming years. State universities are scrambling to find students anywhere they can.

Universities that are doling out merit aid have to compete with schools that up the ante and offer even fatter merit scholarships. To protect their own future applicant pools, these schools can feel forced to bump up their awards.

The Most Aggressive State Universities

In the chart below, you’ll see the public universities that devoted the most money to merit scholarships between 2001 and 2017. 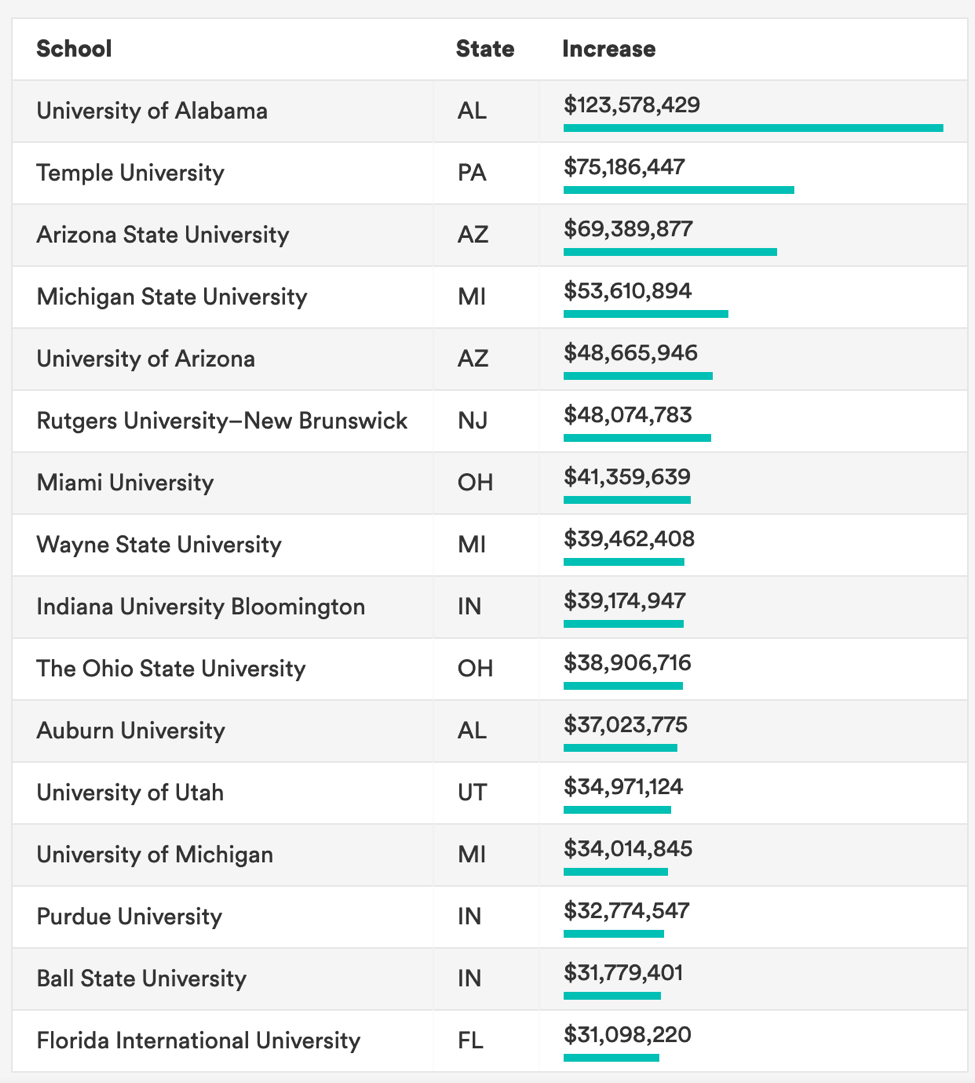 Exceptions to the Merit-Scholarship Arms Race

While many public universities are dispensing merit scholarships as an enrollment management strategy, a few notable holdouts exist. The report cited public universities in California, North Carolina, Texas and Washington as not playing the merit-aid game. Instead these state universities devote most of their dollars to need-based financial aid.

On the flip side, public universities in Alabama, Indiana, New Jersey, South Dakota and Tennessee have been heavily involved in offering merit scholarships.

The Future Trend in Merit Aid

There is little chance that the merit-aid bonanza playing out at state universities across the country will dry up, and, in fact, it may escalate. The report explains why here:

“The more public universities engage in these practices, the harder it gets for others to resist for fear of putting themselves at a competitive disadvantage. As a result, schools that provide generous amounts of non-need-based aid cannot rest easy. They have to keep ratcheting up their scholarships or discounts to try to stay ahead of their competition, creating an ever-expanding arms race.”

There is a downside to the merit-aid giveaway. Universities that participate in this strategy tend to provide less financial assistance to students who truly need financial aid to attend and remain in college. At institutions that spend heavily on merit awards, low-income and working class students are more likely to take out loans and leave college with higher debt levels.

The report cited a couple of institutions that have reexamined their reliance on merit aid. The University of Pittsburgh and the University of Kentucky are now providing greater amounts of need-based aid to students.

It’s pretty easy to determine whether a student will qualify for a merit award at state universities because these scholarships are typically tied to grade point average, test scores and sometimes class rank. You can often find the requirements of scholarships on a state university’s website.