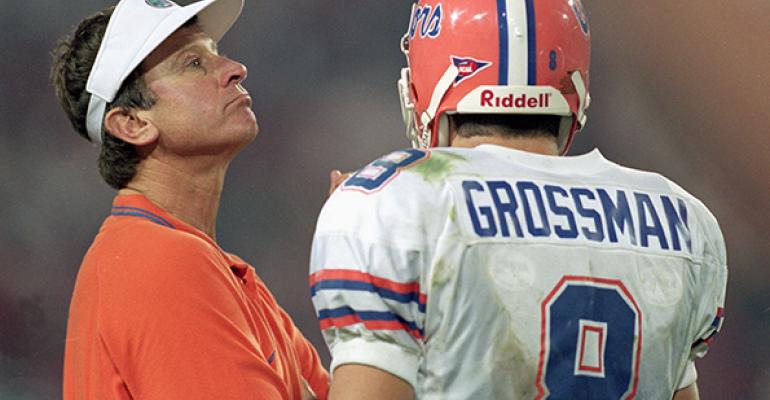 How to Get An Athletic Scholarship

If clients are convinced their kid will get a sports scholarship, here’s what advisors need to know.

Many parents overestimate their children’s athletic ability. If you have clients who believe their children will win athletic scholarships, you will be doing them a favor if you set them straight.

At NCAA institutions, only about 2 percent of high school seniors win sports scholarships every year. Additionally, sports scholarships are typically not as generous as the non-athletic awards that students can capture from schools. A great source to obtain scholarship statistics for specific sports and schools is at ScholarshipStats.com.

Rather than counting on an athletic scholarship, parents should be saving as much as possible for their children’s education. Here are seven things advisors should share with clients who believe athleticism is the way to cover college costs:

Look at Division I men’s basketball to see how this plays out. Thirteen athletes will capture a full-ride and the other players are out of luck; they won’t receive any athletic money. That’s the rule whether you're at a basketball powerhouse like Duke or Kansas, or a below-the-radar school like Nicholls State or Western Illinois University.

The NCAA considers all other collegiate athletic programs to be equivalency sports. The NCAA dictates the maximum number of scholarships allowed per sport, but full-rides aren’t required. Coaches in the equivalency sports can divide up their scholarships to attract as many promising athletes as they can. Slicing and dicing scholarships often leads to meager awards that can be so small that they may only cover an athlete’s textbook costs.

Families also need to know that the vast majority of Division I sports teams do not fully fund their scholarship programs because they can’t afford the cost.

Division III schools, which don’t provide any athletic scholarships, can be an attractive option for student athletes. These schools give out need-based aid, and most of them also award merit scholarships; their packages are usually better than athletic awards. Many of the schools in this division are private colleges and universities, including Washington University in St. Louis, Tufts University, University of Chicago, Amherst College and Pomona College. Exceptions are the Ivy League institutions that are in Division I, but they do not award athletic scholarships.

5. Students shouldn’t wait to be discovered

Except for the true superstars, teenagers can’t wait for coaches to discover them. Students should reach out to coaches on their own. NCAA rules generally prohibit coaches from contacting high school students directly before July 1 between their junior and senior year in high school. Teenagers, however, can contact coaches at any time and should typically do so no later than their sophomore year.

Club and high school coaches can also act as intermediaries. A college football coach, for instance, might ask a high school coach to let a talented freshman wide receiver know that he’d like to talk to him.

The majority of college coaches say that their recruiting process starts online. There are many online recruiting sites where a student can create a profile page for little to no cost. Students can then send coaches links to their profiles. Athletes should include such information in their profiles as a biography, relevant sports statistics, coach recommendations, upcoming game schedules and video clips.

Riki-Ann Serrins, a former women’s soccer coach at Georgetown and Tulane, once told me that coaches typically only need to see seven to eight minutes of action. There is no need for the video clip to be professionally done; smartphone recordings are fine. Students can upload videos to YouTube or a recruiting site, then send the links to coaches.

Coaches may tell teenagers that they have lots of scholarship money to divvy out, but prospects shouldn't assume that they'll be the recipients. A coach might not know whether he wants a particular athlete until he finds out whether other prospects want to be on his team. What really matters is the scholarship amount contained in the school's official athletic grant-in-aid form.

Also keep in mind that a coach's verbal commitment to an athlete is meaningless. Among highly competitive programs, some coaches are now offering verbal commitments to talented kids as young as middle schoolers, but there is absolutely no guarantee that a child who verbally commits to a team will end up on it.