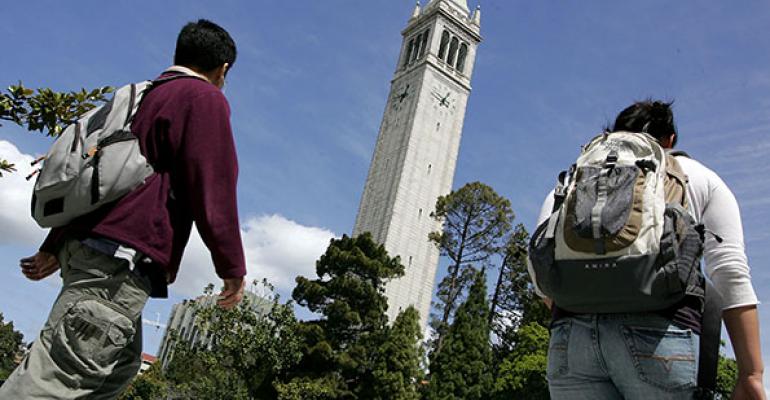 <p>One out of every 10 freshmen said they frequently felt depressed, and their assessment of their overall emotional health is at its lowest level in years.</p>
Wealth Planning>College Planning

It&rsquo;s not that important where your clients&rsquo; children go to college. What matters more is their teens&rsquo; mental health.&nbsp;Advisors can calm parents&rsquo; nerves.&nbsp;

If your practice includes clients with teenagers, you understand all too well that parents are stressed. They have probably turned to you to discuss how they are going to pay for their monstrous college tab, but they are just as likely to be freaking out about something else that will seem just as overwhelming: getting their kids into college.

When I give college talks at affluent high schools, I often ask parents in the audience if they are worried about their children getting into good colleges and universities. The number of parents who express concern about getting their kids into college is almost as many as those who worry about paying the tab.

A lot of this fretting about getting into college, however, could be harming the mental health of many of your clients’ teenagers. In fact, an annual survey by UCLA found that the emotional health of college freshmen is in the worst shape ever recorded. One out of every 10 freshmen said they frequently felt depressed, and their assessment of their overall emotional health is at its lowest level since UCLA started asking about the issue.

UCLA surveyed more than 153,000 full-time freshmen at 227 private and public colleges and universities. The survey was conducted at freshmen orientations, registrations or in the first weeks of college.

Another study conducted by the American College Health Association indicated that more than half of college students have experienced “overwhelming anxiety” in the past year, while nearly one out of every three students said depression has made it difficult to function.

It’s no wonder that many of these students are troubled due to the pressures that parents—particularly affluent, educated parents—are placing on their shoulders. At expensive private high schools and high-achieving public high schools, too many students are feeling like failures if they get a B-plus on an English paper or they can’t ace AP chemistry.

In fact, according to Madeline Levine—author of the critically acclaimed book, The Price of Privilege: How Parental Pressure and Material Advantage Are Creating a Generation of Disconnected and Unhappy Kids—students who appear to be successful with top grades, lots of activities and solid interpersonal skills are among those experiencing high incidences of anxiety and depression because they believe they must be perfect. And if they aren’t perfect, these children fear, their parents will not love them.

I would highly recommend reading Levine’s book, and also reading a synopsis of the key findings at TheCollegeSolution.com.

Getting into college isn’t nearly as difficult as families are led to believe. For years, UCLA has asked freshmen how many of them got into their top-choice school, and every year about three in four students said they gained admission to their top school.

But aren’t only a few dozen schools even worth attending? Even if it was true that alums of Ivy League schools, for example, get all the very best jobs in this country, that would leave more than 99.9 percent of jobs available for everyone else. Check your LinkedIn account to see where most of your business contacts attended school. I can guarantee you that the vast majority of the talented people you know didn’t attend U.S. News darlings.

An ambitious survey conducted by Gallup and Purdue University in 2014 indicates that the type of institution that college graduates attend matters less to their future happiness at home and work than the experiences they have in college.

In other words, it’s not important where you go to college. It could be an elite school, a regional public university, a premier state flagship or a private college—it makes no difference. What is crucially important is making the most of your time at whichever institution you end up at. It’s been a hard sell, however, and when I give presentations, I can see the looks of disbelief among the parents, who believe that the most elite schools hold a monopoly on the golden tickets to a great career and a happy life. But it just isn’t true.