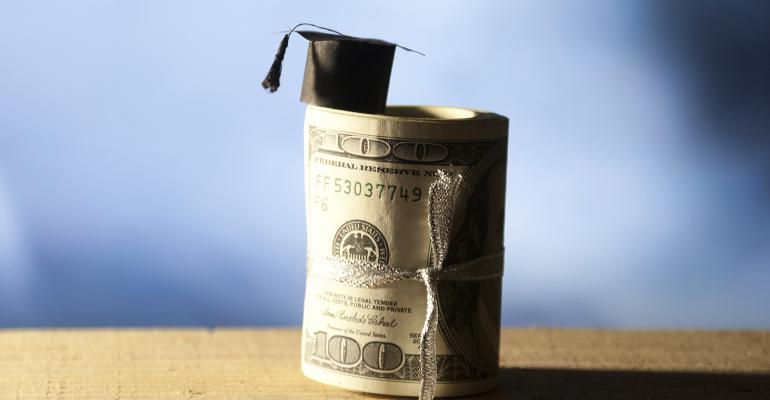 Grandparents Can Give More to College 529 Plans After Rule Change

Outside contributions will no longer be penalized in financial aid decisions after Congress made tweaks that will go into effect for the 2024-25 school year.

(Bloomberg) -- Grandparents who want to help pay for grandkids’ college costs are getting more bang for their buck.

Recent changes to financial aid rules mean they’ll soon be able to contribute to 529 college savings plans that they own without penalizing their grandchild’s eligibility for federal money, a limitation that’s made some grandparents think twice before opening new accounts or adding to existing ones.

“The fear that a grandparent helping their grandchild by using their own 529 plan would interfere with them getting financial aid, that worry is gone now with the new rules,” said Stuart Siegel, president of college financial-aid service FAFSAssist.

The change is part of an overhaul of the Free Application for Federal Student Aid, or FAFSA, that students and their families fill out when applying for financial assistance. Its length and complexity have been blamed for deterring people from even seeking aid, spurring Congress to streamline the process through the FAFSA Simplification Act.

Currently, money distributed to students from grandparent-owned 529 accounts effectively reduces the recipient’s eligibility for federal financial aid by 50% of the amount withdrawn for the student. That’s because the current FAFSA asks students to report how much they receive from non-parent sources, and then adds half that gift to what’s known as the Expected Family Contribution. That amount is then deducted from a student’s overall federal aid eligibility.

That’s changing under the new rules, which take effect in the 2024-25 school year. Among the questions being removed from the simplified FAFSA is one about outside contributions. Grandparents, as well as godparents, aunts, uncles and other non-parent family members, will be able to contribute as much as they want into their own 529 accounts without the student being required to report any funds that are later withdrawn.

State-run 529 plans are a popular way to pay for college because of their tax benefits: Participants don’t have to pay taxes on gains or withdrawals as long as the money is used for college or certain other education expenses. They can also be used to defray K-12 costs or, since 2019, student loan repayments.

Parents are the biggest contributors to 529 plans, but grandparents are often the second-largest. In North Carolina, 16% of accounts overseen by the state’s NC 529 Plan are owned by grandparents.

“This is a big deal,” said Laura Morgan, a vice president at the College Foundation of North Carolina, a non-profit that administers the state’s 529 plan accounts. “The rising cost of education has made paying for college a family effort and this opens the door for more grandparents and other non-parents to own and manage 529 accounts.”

While many wealthy families either don’t apply or aren’t eligible for financial aid, the simplified FAFSA could be a boon to low- and middle-income students. The current form is so dense with questions about assets and income that many families never even bother to fill it out. More than $3.7 billion of free money was left on the table last year by families eligible for aid, according to a recent study.

Richard Thigpen, who has two grandchildren in the sixth grade, is already preparing to help with their college. He’s saved about $10,000 for each in a 529 plan and looks forward to the change involving outside contributions taking effect.

“It’s been great,” he said. “This is something meaningful we can do.”

To contact the author of this story:
Scott Carpenter in New York at [email protected]