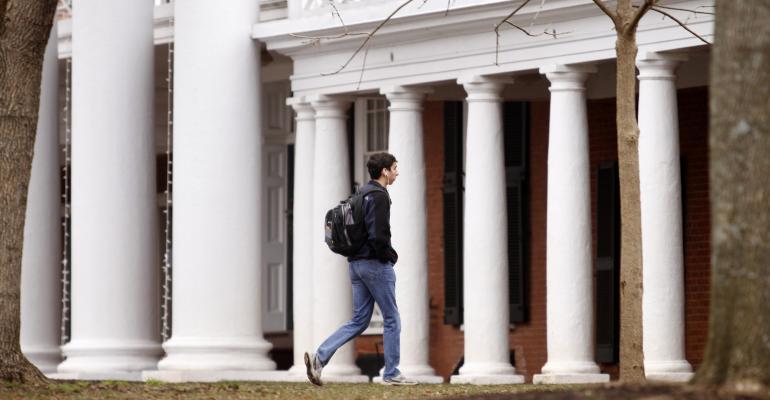 Federal legislation will shrink the FAFSA from six pages to two and eliminate a benefit affecting parents with more than one child attending college simultaneously.

Over the holidays, Congress passed federal legislation that could impact clients with college-bound children significantly.

The change that has attracted the most initial attention is the simplification of the Free Application for Federal Student Aid (FAFSA), which millions of families complete every year. Currently, some families have to answer up to 213 questions on the financial aid application, but that number will drop to 36. The document will shrink from six pages to two.

Related: Twelve Tips for Filling Out the FAFSA, CSS Profile

A huge motivator to simplify the FAFSA was to encourage more households to fill it out. Without completing the FAFSA, students aren’t eligible for federal grants, federal loans and work-study jobs. At the vast majority of private and public colleges and universities, students who don’t complete the FAFSA would not be eligible for institutional need-based aid either.

The FAFSA change won’t take effect until July 1, 2023, which marks the start of the 2023-2024 school year. That means families won’t experience the remodeled FAFSA until they are filing out the application beginning Oct. 1, 2022.

As of Jan. 8, 2021, 32.3% of high school senior households had completed the FAFSA, a drop of 10.6% compared to last year at the same period. This decline is primarily because of the pandemic.

In slimming down the FAFSA, the aid application will eliminate questions that only 1% or so of households had to answer.

Another dramatic change involves getting rid of a benefit affecting parents with more than one child attending college simultaneously.

Currently, households that have more than one child attending college at least halftime get a big break on their Expected Family Contribution. The EFC, expressed as a dollar figure, represents what the federal formula says a household should be expected to pay, at a minimum, for one year of college.

When a family has two children in college at the same time, the EFC for each child declines by 50%.

A reduced EFC is significant because with a lower figure, the student would be eligible for more need-based aid. In some cases, your affluent clients would not qualify for need-based aid with one child, but they would when another child heads to college.

Like other changes in this legislation, the multiple-child rule won’t take effect until the 2023-2024 school year.

What remains to be seen is whether the CSS Profile, the other major financial aid application, will end up also eliminating the EFC reduction for multiple siblings in college. My guess is that this won’t happen.

The CSS Profile, which is a creation of the College Board, is used by roughly 200 colleges, almost all of them private, to determine whether aid applicants qualify for institutional need-based aid and how much. Profile schools, which include the nation’s most prestigious colleges, use the FAFSA to determine whether their students will qualify for state and/or federal aid. In contrast, most private and public universities use the FAFSA exclusively.

Another change that will take effect for the 2023-2024 school year is the EFC will be re-named the Student Aid Index. After completing the FAFSA, households learn what their official EFC is when they receive their Student Aid Report, which also summarizes the information that a family shared on the FAFSA.

I am a bit skeptical about the stated reasons for the change. Advocates of scrapping the term EFC suggest that it was confusing to parents and also demoralizing because the figure indicated what they should be able to pay for one year of college.

Ron Lieber, a personal finance columnist at The New York Times, wrote, “Let us celebrate the banishment, as of the 2022-23 application season, of each of these hateful words from our lives, one by one—and the emotional toll they took on countless parents.”

But I believe that most households have never even heard of the term EFC. While the EFC is displayed on the Student Aid Report, which parents should always review for errors since it contains all their inputs on the FAFSA, it is not highlighted, and there is no explanation for the figure. In fact, the number isn’t even displayed with a dollar sign.

The EFC is helpful because it gives parents a sense of how much they will have to pay for college, and usually that EFC lowballs what households will have to pitch in. The EFC, which should be on a student’s financial aid award, but often isn’t, can be used to judge how good an award is and can be a helpful figure when appealing an award.

The Student Aid Index will serve the same purpose as the EFC—indicating what the federal formula says a household should be able to pay for college.