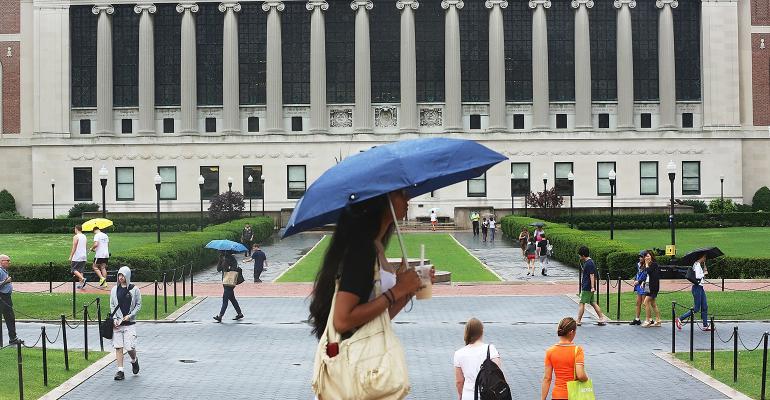 East and West: Paying for College on the Coasts

Students and their parents need to understand the realities of aiming for these schools.

When students start thinking about where they’d like to go to college, they often dream about attending schools on the East and West coasts.

The allure is only natural. Most of the nation’s elite universities, as well as other schools with brand-name recognition, are located on either coast. And teens often love the idea of attending a college in large metropolitan areas which are more likely to be found on the coasts.

Students and their parents need to understand the realities of aiming for these schools, and advisors can help. Here are four things that you need to consider.

1. Coastal schools can charge more. Colleges and universities that charge the highest average net prices, according to the annual list compiled by the U.S. Department of Education, are heavily concentrated on the East and West coasts. Net price is important because, unlike sticker price, this is the amount of money that a family will pay after grants and scholarships are deducted.

A major factor to these schools being more expensive is their location. Students want to live in cities like Boston, Los Angeles, Washington, D.C., Philadelphia, San Francisco, San Diego and New York. Blessed with excellent locales, these institutions can charge more because they attract a greater number of applicants interested in attending. They also typically attract richer students, whose parents can afford to pay more.

A sampling of schools that charge the highest net prices include:

On the website of the Department of Education’s Center for College Affordability and Transparency, you can find the private and public colleges and universities that charge the highest tuition prices (the top 5 percent), as well as the highest net prices in the nation.

2. The highest net-price schools are not necessarily the ones you’d think. The institutions with the highest net prices tend to be ranked below those with the shiniest brand names. Let’s compare, for example, the pricing for Drexel University in Philadelphia, which is ranked 102nd in U.S. News & World Report’s national university category, and the University of Pennsylvania, just a few miles away, which is ranked eighth.

3. Elite schools offer little to no merit scholarships. The private universities with over-the-top sticker prices tend to be the most highly ranked schools in U.S. News & World Report’s national university and liberal arts college categories. Harvard or Stanford could charge $1 million a year and the schools would still have no problem filling their freshmen slots.

So why don’t the most prestigious schools have the most excessive net prices? The highest ranked private universities don’t have to try hard to attract highly qualified applicants, who tend to be wealthy. Since getting into a school like Stanford, MIT or Princeton is such an honor, these rarified institutions can charge full price to high-income students. And the parents of wealthy students will pay full price for their children to attend these trophy schools.

On the other hand, the most elite institutions, which educate a large percentage of full-pay students, can provide excellent financial aid to students lucky enough to get into these schools. Middle-class and low-income students who gain admission into a school like Harvard or Yale will pay little or even no money. In contrast, these same students, if they got into less prestigious schools like Fordham University or Santa Clara University, would likely pay more—and probably considerably more—than what the ranking giants would charge them.

Coastal campuses, which don’t enjoy the highest rankings, are typically not as generous with financial aid, but they do provide merit scholarships to affluent students. However, the majority of merit scholarships that universities on the coasts offer will, as a general rule, not be as attractive as those offered by private colleges and universities that are situated in less desirable areas far from major cities.

4. State universities can base their prices on their locations too. As a group, public universities in the Northeast charge the most for their own residents and considerably more for nonresidents. For nonresidents, high prices are the rule at the most sought-after state schools on the West Coast.

Families need to understand how colleges on the coasts price themselves. It can be financially wise for families to expand their college search beyond these schools.

Lynn O’Shaughnessy is a nationally recognized higher-ed speaker, journalist and author of The College Solution. She writes about college for CBS MoneyWatch and for her own blog, TheCollegeSolution.com.