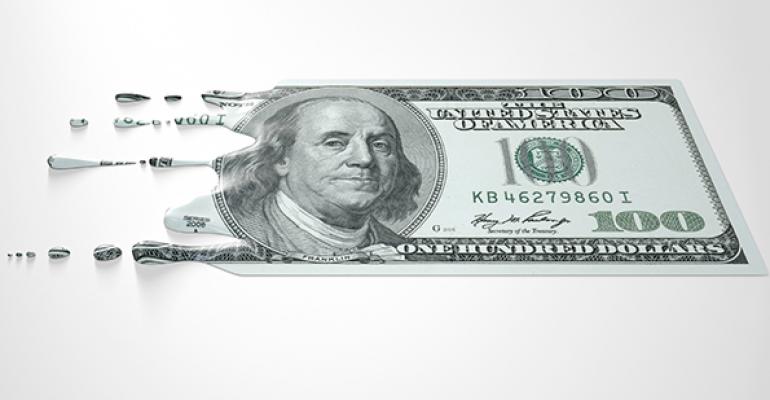 Are your clients, who could be paying as much as a quarter of a million dollars to send one child to college, getting their money’s worth? New research from a pair of renowned sociologists suggests that a lot of parents are getting ripped off.

Professors Richard Arum from New York University and Josipa Roksa from the University of Virginia discovered that 71 percent of the surveyed students from the Class of 2009 were still receiving financial help from their parents two years after graduating.

Here are some key findings:

While the recession certainly didn’t help the job prospects of these young grads, the study found that the students themselves and their alma maters were also responsible.

In fact, the academics aimed their strongest criticism at the nation’s colleges and universities, which have been more intent on turning their campuses into the higher-ed equivalent of Club Med, with lots of amenities that have nothing to do with learning. In their new book, Aspiring Adults Adrift: Tentative Transitions of College, which shares their research findings, the professors theorize about why colleges are not producing more success stories:

“Rather then defining undergraduate experiences in a manner conducive to the development of young adults, institutions today have let themselves be defined by the preferences of undergraduates. Institutions make resource allocation decisions based on what will entice 17-year-old high school seniors to apply and enroll. State-of-the-art gymnasiums, student centers, dormitories and athletics spectacles are often thought to suffice. Once students are enrolled, institutions give them broad latitude to choose their own course of study while failing to impose rigorous academic standards and leaving their social behavior largely unregulated.”

The research is a continuation of their study of more than 2,000 students who attended 24 unnamed private and public colleges and universities that included both elite schools as well as those with easier admission standards. In their original work, Academically Adrift, the professors discovered that 45 percent of students surveyed had not improved their writing skills nor their critical thinking and complex reasoning abilities after two years of college. Roughly a third of students graduated without learning much of anything.

In the follow-up research on the college grads, the sociologists found that students who did poorly on the CLA were far more likely to be unemployed or under employed. They also were more likely to have been laid off than those who did improve academically during their college years.

One reason colleges get away with failing so many of their students is because they share bogus job placement statistics with teenagers and their worried parents.

College staffers will typically quote some impressively high job-placement percentage that is aimed at reassuring families. The problem, however, is that schools do a bad job of surveying their grads. Students are often contacted a few months after graduating to see if they are employed, in grad school, volunteering or still looking for a job. The response rate for these surveys is usually quite low.

That said, nearly all students from the Class of 2009 remain optimistic about their futures even though there seems to be little evidence that many of them should be. Ninety-five percent of these grads said they believe that their lives will be the same or better than their parents.