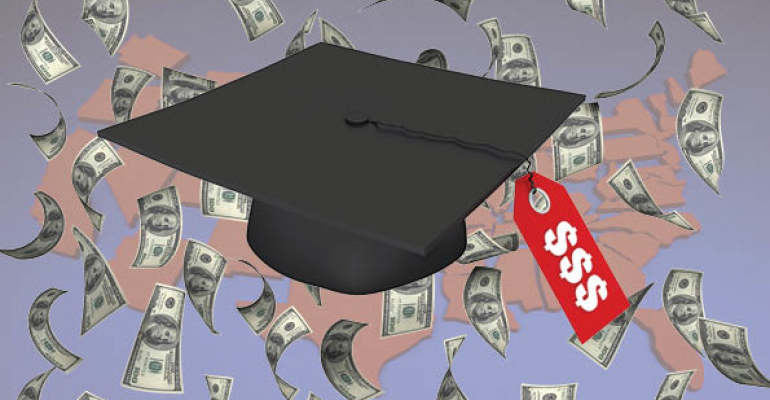 The price of a college education continues to rise, with tuition and room and board now costing nearly $20,000 per year. And while most students do not end up paying the full price tag, the average graduating college senior who takes out loans leaves school about $30,000 in debt.

To help families get more bang for their buck, Morningstar released a report Tuesday ranking 64 of the largest 529 college-savings plans from around the country based on process, performance, people, parent, and price. The plans analyzed represent about 95 percent of the more than $214 billion currently in U.S. 529 plan assets as of Sept. 30.

Here’s a look at which plans earned a gold rating, as well as the three plans that earned negative ratings, an indication that the plans have one or more significant flaws that are likely to hold them back over the long term.