/sites/all/themes/penton_subtheme_wealthmanagement/images/logos/footer.png
Recent
Recent
Nine Must Reads for the CRE Industry Today (Oct. 28, 2021)
Oct 27, 2021
Schwab Retools iRebal
Oct 27, 2021
Advisor Innovations: Brian Hamburger on The Advisor Transition Game
Oct 27, 2021
How a Small Change to FIRPTA Can Help House America’s Workforce
Oct 27, 2021
Featured
The 10 Best and 10 Worst States in Which to Retire in 2021
Jul 15, 2021
Poll: 15 Classic Books on Investing and the Markets
Apr 03, 2020
25 U.S. Markets Adding the Most Multifamily Units This Year
Feb 03, 2021
Fifteen Must-Listen Business Podcasts for Advisors
Aug 14, 2020
The Daily Brief
brought to you by 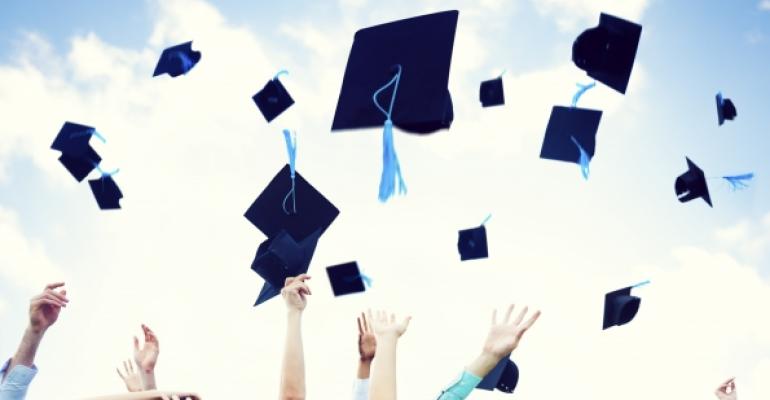 Americans Aren't Using 529 Plans to Save for College

Most Americans don't use 529 plans, and many don't even know what they are.

Only 18% of Americans are using 529 plans for future education expenses and two-thirds weren't familiar with the tax-advantaged plans at all, according to a recent study by financial services firm Edward Jones.

Most respondents said they will instead rely on personal savings accounts, scholarships and student loans to cover future education costs.

"It's concerning to see that in nearly a decade, the number of individuals who do not understand or know what a 529 plan is has increased," said Tim Burke, principal at Edward Jones. "What's more alarming is that parents with young children, those who stand to benefit the most from this type of savings plan, are not aware of its many advantages, not just for college, but for K-12 education expenses as well."

Parents with young children can use 529 education savings plans to pay up to $10,000 per year for each child attending a private or religious elementary or secondary school. This benefit is not available for a 529 prepaid tuition plan, which is restricted to credit purchases at colleges and universities with a focus on public and in-state institutions. Both plan types include fees that vary depending on whether they were direct-sold by a state manager or through a broker.

A little over a third of parents with children under the age of 18 are not saving at all for future education expenses.

"As the cost of education continues to rise, it is crucial for parents to invest in their children's education as early as possible," said Kyle Andersen, principal at Edward Jones. "By relying on strategies that aren't necessarily guaranteed, like scholarships, federal or state financial aid, Americans leave themselves vulnerable," he said in a statement.

Edward Jones' survey drew from 1,002 interviews with U.S. adults over the age of 18.