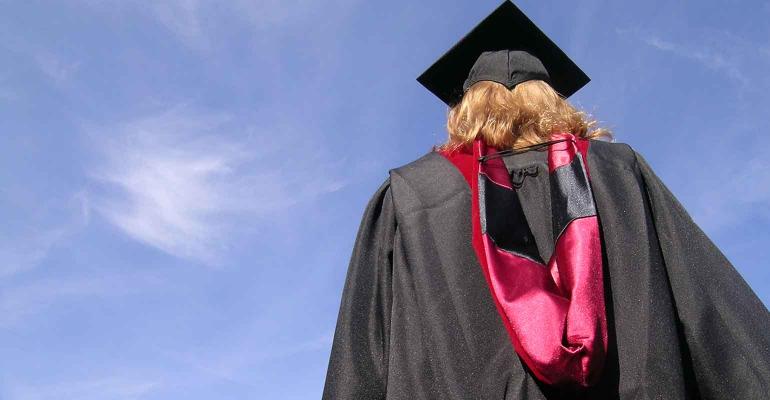 Is an Advanced Degree Worth It?

It’s easier to get into financial trouble when pursuing a graduate degree because there is no fixed limit on how much graduate students can borrow for tuition, fees and living expenses.

While most of the attention on paying for college is focused on bachelor’s degrees, pursuing advanced degrees represents an even higher-stakes calculation.

On the surface, it’s true that Americans who possess graduate degrees enjoy higher income than individuals who stop at a bachelor’s degree. According to the U.S. Bureau of Labor Statistics, the average yearly salary for workers with a bachelor’s degree is $64,896 compared with $77,844 for master’s degree holders and $96,772 for those with a professional degree.

The price of a master’s degree, as well as of advanced degrees from professional schools, including medicine, law and architecture, and allied health fields, such as physical therapy, however, has been growing quickly.

Why It’s Easy to Get into Financial Trouble

Federal loan data shows that, for the first time ever, graduate students were on track to borrow just as much as undergraduate for the 2020–2021 school year. That is stunning.

It’s easier to get into financial trouble when pursuing a graduate degree because there is no fixed limit on how much graduate students can borrow for tuition, fees and living expenses.

Via the federal Direct Loan, students can borrow a maximum of $138,500 for graduate or professional degrees. The cumulative limit for medical school students is $224,000. These borrowing ceilings include federal loan amounts received for undergraduate studies. The current interest rate is 5.28%.

If grad students need to borrow even more, they can turn to the federal Direct PLUS Loan, which is commonly called the grad PLUS loan. The amount borrowed can’t exceed the cost of attendance minus grants and the federal Direct Loan. The interest rate and fees are much higher for this loan. The current interest rate is 6.28% and the fee is 4.22% for the amount borrowed, which gets taken out before the loan disbursement.

The large amounts of federal money that grad students have easy access to have given some graduate schools, especially the most prestigious, permission to charge outrageous prices for their programs. It’s no surprise then that individuals, especially those who pursue low-paying disciplines, can graduate with shocking debt and make low salaries even with degrees from fancy institutions.

Since graduate programs get their tuition money upfront, they have a financial incentive to expand their cash-cow programs and face no consequences when graduates can’t afford to pay their federal loans upon graduation.

It’s important that Americans contemplating getting advanced degrees understand what the financial consequences—good or bad—of their decisions are. Too much money is at stake to ignore doing due diligence.

The Wall Street Journal recently rolled out a great new tool to evaluate whether advanced degree programs for individual disciplines at specific schools are worth the price.

This tool, which is available to subscribers, calculates the median earnings, median debt and the debt-income ratio of thousands of graduate and undergraduate programs.

After some time playing with the tool, you’ll notice that even within disciplines, the debt burden can be widely different. For instance, students who obtained a master’s degree in journalism from the University of Southern California, Northwestern or Columbia graduated with far more debt than the University of Missouri, which is also a premiere journalism school (and my alma mater).

The Wall Street Journal ran an article in July that illustrated some especially alarming debt rates for individuals who pursued master’s degrees at elite universities. For example, the newspaper noted that the average debt load compared with earnings for recipients of Columbia University’s film degree was the highest of any major university’s master’s program. The average film school graduate at Columbia had a median loan balance of $181,000, but two years later, half of them were making less than $30,000 a year.