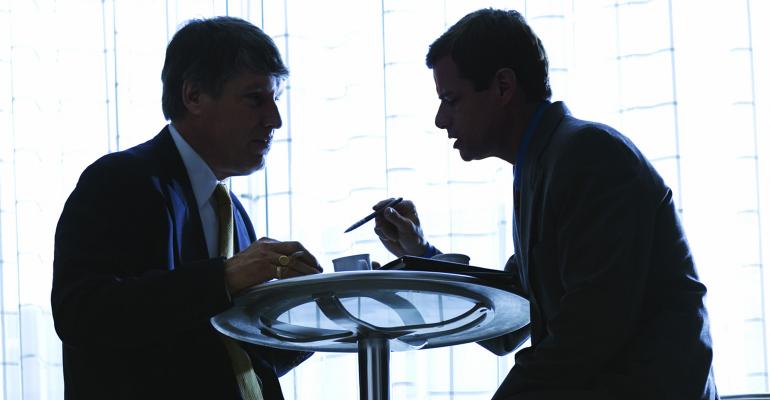 When You Don’t Know What To Say - Role Play

Tips for how to get the most out of role playing activities.

RALEIGH —  “I think role playing is highly overrated,” Janice exclaimed with an air of absolute certainty, then finishing her train of thought with, “I’ve been training advisors for 20 years and have never seen anyone improve because of some silly role play. They’re embarrassing, awkward, and no veteran today would be so sophomoric. Rookies, maybe.”

Wow! She certainly told me. To put this conversation into context, it was at a restaurant bar where, by happenstance, I found myself sitting next to Janice and her husband in an attempt to grab a quick dinner while watching a college bowl game. Being a talker, Janice initiated conversation, suggesting what I should order (I didn’t), and then asked the proverbial “What do you do?” question.

As I briefly explained our affluent research and advisor coaching program, she became fascinated and began peppering me with questions.  I soon find out she’s a sales trainer at a major insurance company, is tired of the travel, to which she “wonders out loud” if I’d be willing to meet with her to discuss the possibility of becoming one of our coaches.

It’s amazing what you learn about people when you apply the 80/20 rule (listen 80% of the time).  In less time than it took for me be served a drink, it was clear that Janice had a high opinion of herself and talked too much. By the time my food came, it was obvious that she was both opinionated and argumentative. Before she got on her role-play bandwagon, I had to listen to her dispute our research on the affluent use of social media (because “I’m old school and don’t use it.”) – which was followed by her aforementioned tirade on role-playing.

Because I was stuck sitting next to her, I ended this unpleasant conversation by simply shaking my head and saying “You’re certainly argumentative.”  To which she responded, “Well, I guess that rules out coaching.” An astute observation – ha!

What I’m going to share with you is what I declined sharing with my protagonist at the bar. The following is a simple 3-part role-play process, in this case, to improve your affluent sales skills.

The idea here is to identify upcoming opportunities where you might be a little uncomfortable, where you want to be absolutely sure that you’re on your “A+” game.

2. Determine how you will role-play

This is not some stage performance (Janice’s concept of role-playing) where you’re being embarrassed by a trainer in front of your peers. Hardly! This is all about fine-tuning your sales skills to make certain that you’re concise, conversational, and confident.

Actually the “how” is quite easy, as you can…

You want to take notes. Identify the scenario, what words were used, what was effective, what was not effective, and what needs to be worked on. Maybe it’s language, the delivery, or body language. It could simply be too long-winded. Whatever the feedback, good and bad, keep notes in your log book and date your entries.

None of this is for the faint of heart. You need to place your ego aside to get the true benefits of role-playing. Feedback must be honest and on point. Think in terms of your role-play partner being your devil’s advocate, picking you apart for little things that you might overlook.

For role-playing to be effective, and this should go without saying, you must be open-minded and willing to receive, discuss, and apply the feedback you receive. This is referred to as deliberate practice – and it will improve your skills.

Sorry Janice, old school or not, but role-playing is one of the most effective methods of improving affluent sales skills.