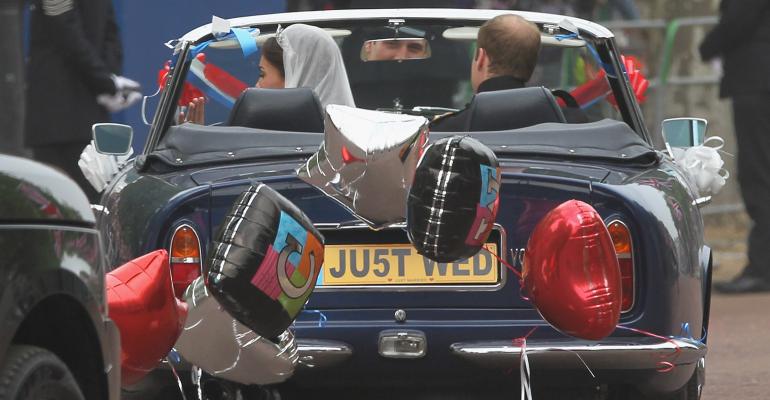 (Bloomberg) -- For all the promises exchanged at the altar, parties rarely commit to telling new spouses what's going on in their bank accounts.

As a result, 33 percent of newlyweds are surprised by a partner's financial situation and 36 percent don't know anything about the partner's spending habits, according to a recent survey of Americans by credit-tracking firm Experian Plc.

When asked what the maximum amount was that they would spend before discussing it with their spouse, men replied $1,259. Women said $383. Men were more likely to hide money from spouses: Some 20 percent had secret financial accounts their partners didn't know about, compared to 12 percent of women. Experian conducted its survey, of 1,002 U.S. adults married in the last year, online from Jan. 21 to Feb. 1 of this year.

"It could be the people who have the higher salary are the ones who keep it a secret," said Michael Slepian, a post-doctoral researcher who specializes in secrecy at Columbia Business School. "It does make sense to me that men would keep those financial details secret more because I find that women disclose more toward other people." Forty-nine percent of survey respondents identified as men and 51 percent as women. The survey did not ask respondents if they were in same-sex or heterosexual relationships.

Despite the importance of a healthy credit score to such married life milestones as getting a family car or a starter home, only 40 percent knew their partner's credit score before getting hitched. Fifty-six percent of those polled agreed with the statement: "Before I was married, I considered how a potential spouse's credit score could affect my finances." Credit scores were a source of marital stress for 39 percent of newlyweds, and 19 percent required a cosigner after getting married—about a third because of poor credit.

Debt wasn't discussed in detail prior to marriage, with 31 percent of those polled not knowing their partners' student loan balances.

Regardless of whether the financial information withheld from a partner centers on credit, salary, or debt, Slepian said keeping information hidden can damage a newly wedded relationship: "People often believe that revealing a secret will have negative consequences, but holding off and revealing it later won't make things better."