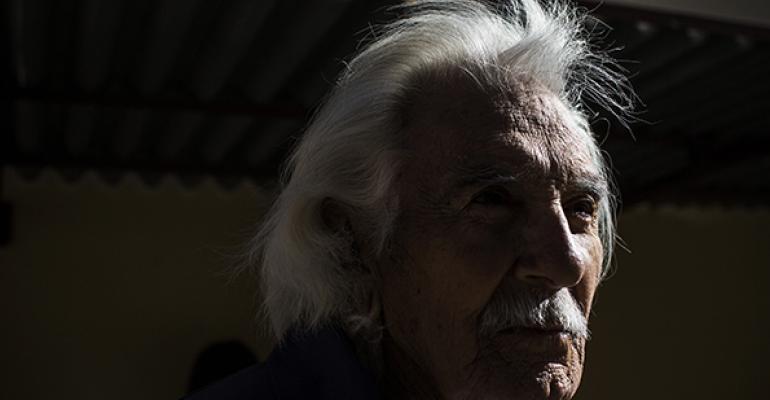 Anxiety during middle age may be linked to higher rates of dementia late in life.

A recent study has found that anxiety during middle age may be linked to higher rates of dementia late in life. The study followed almost 30,000 participants for more than a decade, and there was a clear link between anxiety mid-life and dementia later in life. The study wasn’t a controlled study with the intent to calculate the magnitude of increased risk. Instead, the study simply indicated an increased risk without eliminating other factors.

When experiencing anxiety or stress, the body produces the hormone cortisol and prolonged heightened cortisol levels have been linked to weight gain, lower immune function, lower bone density, higher rates of mental illness and depression, higher rates of heart disease and more. Dementia may be another possible side effect of prolonged increased cortisol levels. On the other hand, anxiety is often a symptom of dementia, making the corollary between the two difficult to connect.

Therapy exists to assist individuals with the reduction of anxiety and cortisol levels. For individuals who live with high stress and anxiety, pursuing therapy to reduce these levels is critical due to the host of other health problems which may result. The possibility of reducing the chances of developing dementia later in life is simply an added bonus to reducing stress.

While there’s no way of eliminating the chances of developing dementia, there are some things one can do to aid in prevention. Reducing stress is one and maintaining heart health through diet and exercise is another. The Alzheimer’s Association also recommends education and regularly getting the right amount of sleep.

How do you recognize dementia? The Alzheimer’s Association has provided 10 signs of dementia which, if you notice any one of them in yourself, a loved one or a client, warrants a visit to a physician for further testing. They are:

Memory loss that disrupts daily life. This includes forgetting recently learned information, important dates or events or repeatedly asking for the same information. This doesn’t include occasionally forgetting a name or an appointment, then remembering later.

Challenges in planning or problem solving. This includes difficulty with following a familiar recipe or keeping track of bills but wouldn’t encompass the occasional math error or learning a new task.

Confusion with time or place. While it’s common for many to occasionally forget what day it is but then remember later, it isn’t common to forget and not remember at all.

New problems with words in speaking or writing. Examples of this are trouble in following a conversation or having trouble finding the right word for something and calling it by the incorrect name.

Misplacing things. While everyone misplaces their keys on occasion, an individual with dementia may place the keys in an inappropriate location (such as the freezer) then later being unable to find them and not have the ability to retrace their steps.

Decreased or poor judgment. This is difficult to ascertain and is an often-missed early sign. Decreased judgment is often what leads individuals to take action such as gifting sums of money when they otherwise wouldn’t do so.

Withdrawal from social activities. This is often as result of having difficulty in following a certain activity or being able to engage in conversation.

Changes in mood or personality. Different from simply becoming irritable when a routine is changed, an individual with dementia may become easily upset, afraid, depressed or fearful, even when in a familiar setting.

While the strength and nature of the link between anxiety and developing dementia remains unknown, it’s certainly cause for you and your clients to take steps to reduce stress and anxiety now. To the extent any preventative measure can be taken, it’s critical to implement. For those who have prolonged exposure to stress and anxiety, be sure to know the early warning signs of dementia and pursue treatment to improve overall quality of life.