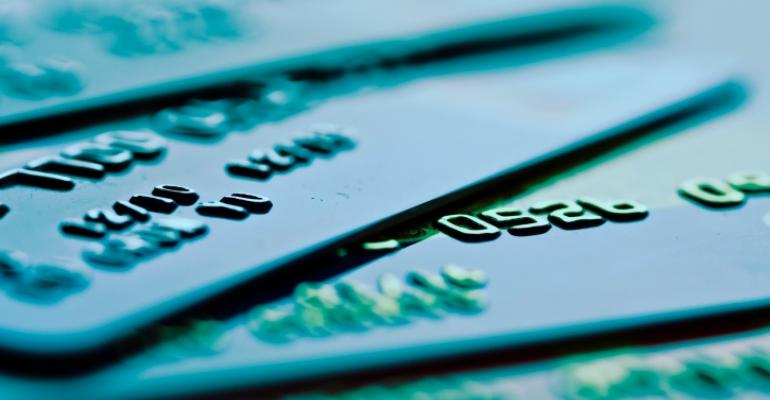 Protect Your Clients From Identity Fraud

Show your value to your clients by coaching them on the best ways to avoid credit card identity theft.

If any of your clients have ever made a purchase with a credit card, bought a home, subscribed to a magazine or even sent an email, hackers and cybercriminals probably already know who and where they are. Identity theft is such a huge problem that last year the Federal Trade Commission received over 490,000 consumer complaints about it, almost double the number from 2014. Whether we like it or not, much of our personal information—Social Security numbers, birthdates, etc.—is already out there.

For years, stolen credit card numbers used to make duplicate cards were one of the primary money-making schemes for identity thieves. A recent poll by Morgan Stanley of individuals with more than $100,000 in investable assets found that 40 percent have had their credit card numbers stolen. The advent and proliferation of chip card technology has made that scam much less profitable, causing criminals to focus instead on opening fake accounts. GA Javelin LLC’s 2016 Identity Fraud Study found that the shift in 2015 to chip-embedded cards led to a 113 percent increase in new account fraud, which is now responsible for 20 percent of all fraud losses, which have amounted to $112 billion over the last six years.

While those numbers are alarming, there are definite steps that your clients can take to protect themselves. Our friends at the FBI recommend that we and our clients obtain a separate computer/laptop for the single use of only accessing our bank/savings accounts and “nothing else”; bank account and password data is the most frequently sold item on illegal markets.

For my own clients, I recommend what I call a “double barrel” protection strategy. The first step is to register with one of the three big credit reporting companies (Experian, Equifax and TransUnion) for fraud alert notification. Secondly, I urge my clients to subscribe to one of the commercial identity protection services. The most well-known is probably LifeLock, due to their TV commercials, but there are a number of others, including AllClear ID, CSIdentity, Identity Guard and TrustedID.

There is a monthly charge for these services, but what I tell my clients is that the fee is small compared to what it costs in terms of time and potential lost money on a fraud that could have been prevented. The Department of Justice estimates that 17.6 million Americans were victims of identity theft in 2014, so it’s not so much a question of if you’ll be hacked but when.

I tell clients that, whichever third-party vendor they choose, to only register for the basic notification. I feel that this is an area where one can never be too cautious; anything can be hacked. The credit tracking agencies already have all of your main account information. There’s no need to give it all to someone else, because no matter how good their security, they could be hacked too.

Before suggesting this approach to clients I tried it out myself by applying for two different credit cards. One was one of those offers for an immediate saving by applying at the checkout in a big box store. When the cashier entered my information, the credit card company rang her station and she then asked a series of questions and checked my photo ID to make sure I was indeed who I said I was. The credit card company then called on my cell and went through another verification process. I also got an email and a text from my third-party identity protection service informing me that an account had been opened in my name.

I compare this double protection system to the way you might have both an alarm system and a guard dog to protect your home. The sooner you can shut down an attempt at fraud, the less damage that can be done. One safeguard might fail, so it’s good to have another. The Morgan Stanley survey cited earlier also found that nearly three-quarters of high net worth investors are worried about being a victim of identity theft, even more than they are about either terrorism or major illness. Having protection and backup to that protection can give your clients extra peace of mind.

Another way for clients to avoid new account fraud is to put a freeze on their credit report with all three bureaus, which prevents anyone else from opening accounts in their name. There is usually a fee for this, and if the client wishes to open an account requiring a credit check, the freeze will need to be lifted.

Lastly, I want to remind you that many of your clients probably think the government will protect them from identity theft—but the reality is much different. Law enforcement can’t take action until a crime has been committed, but by then the damage has been done. Help your clients reduce the chance of being hurt by identity theft and fraud by taking a proactive stance. This will remind your clients of the value and importance of their personal relationships with you as their advisor.

Cody Siebert is a financial advisor affiliated with Securities America Inc. and owner/partner of Siebert & Biggs Wealth Management Advisors LLC in Rosenberg, Texas. She is FBI-vetted as a Financial Sector Leader and currently serves as SIG Chief for the Financial Service Sector at the InfraGard National Members Alliance (INMA).