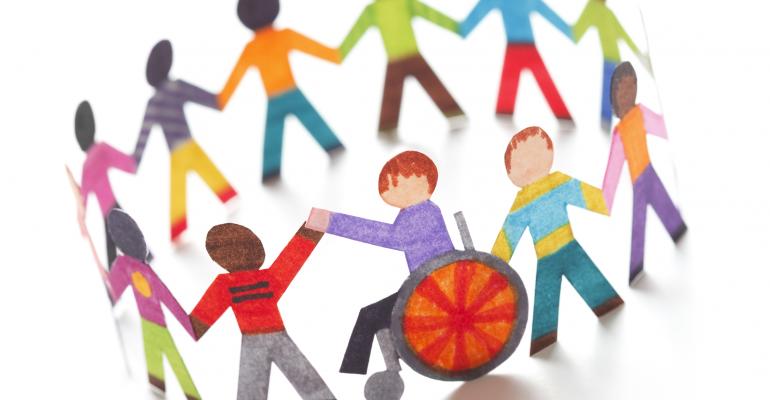 Planning for the Needs of Exceptional Children

It takes a village

When we first met Jane, she was a typical four-year old girl. She was playful, vibrant and sweet. Her mother, who she most resembles, is one of the kindest, funniest and most genuine individuals you could meet. Her father is a strong and dedicated family man. My wife and I have been friends with Jane’s mother and father for a number of years. Our son is the same age as Jane and we even joked on occasion how we may end up as in-laws someday (they made a cute couple at age 6).

In first grade Jane seemed to struggle a bit academically, but nothing out of the ordinary. In second grade she began having social and behavioral problems. To an outsider, Jane simply seemed to be a little “spirited.” But by third grade, Jane’s behavior had gotten worse and it started to affect the family at home. There were fits of rage, irrational behavior, inappropriate vocal outbursts, paranoia and  physical violence. It became apparent that this sweet little girl was struggling with something more than middle child syndrome.

Jane’s parents sought professional help. They spoke with countless child therapists, psychologists and medical professionals. During the years that followed, they tried dietary changes, discipline strategies and, eventually, medication. But as Jane grew, the behavior worsened. Jane’s behavioral and social issues became a 24/7 concern for the family, and frankly, they overwhelmed them. By the time Jane reached age 12, they had tried everything and were faced with a decision that is unthinkable to most parents. They needed to consider sending Jane to a facility/school specifically designed to help children with similar problems. Dropping your eighteen-year old child off at college may be emotionally difficult—this was emotionally unbearable.

In addition to the medical and emotional considerations, there were financial factors as well. The family is financially well off, but they’ll still need to make some substantial adjustments. The annual tuition for the facility rivals that of most major universities.

Jane’s story is a very common one, as approximately 3.5 million young people in the United States have emotional/behavioral disabilities.[i] According to the U.S. Department of Education (2010), there were more than 5.8 million students in the U.S. (ages 6-21) receiving special education during the 2008-2009 school year. Each of these children, like Jane, will face unique challenges as they transition into adulthood, attempt to gain functional independence, seek to become productive members of society and, eventually, have to face these challenges without their parents.

The Individuals with Disabilities Education Act (Public Law 108-446) requires that children who receive special education or related services have a specifically tailored Individualized Education Program (IEP). The IEP should be developed in conjunction with the student’s teachers, family and community agencies. By law, the program must include an Individual Transition Plan (ITP) to be completed no later than the child’s age 16. The ITP is a written plan that should identify achievable goals and the steps that need to be taken in order for the student to achieve those goals. It’s important that this step is taken seriously by all involved and that the plan includes consideration of postsecondary education, employment goals, development of required life skills, etc.

The ITP is just the start and is meaningless without a team of people willing to be involved in the child’s life and provide support. The child’s parents are, obviously, key, but they may need assistance from a variety of sources, depending on the nature of the child’s disability. This need for a team approach has led to the development of microboards in many states.[ii] The Pennsylvania Microboard Association defines a microboard as:

A small (micro) group of committed family, friends and (sometimes) professionals. They join together to form an informal team or a more formal family directed non-profit organization to address the needs of a physically or intellectually challenged family member. Together, this interested group, provide person centered planning for the support needs of their challenged family member. Beyond planning, microboards provide management of supports in a way that creates the best possible quality of life for the individual receiving the support and their family.

One function a microboard may serve is to be an advocate for the individual. In a recent survey,[iii] 49 percent of those with a child who had an emotional, behavioral or developmental issue said they had experienced difficulties or delays receiving services, such as medical care, dental care, specialized therapies, counseling, medical equipment, special education and early intervention.

Another function of the microboard that’s rarely mentioned is to consider the best means of protecting the individual. Recent studies have found that the rate of nonfatal violent crimes against persons with disabilities is 1.5 times higher than the rate for those without.[iv]

After planning for the child’s transition into adulthood and developing a support team (either informally or formally through an entity, such as a microboard), the family needs to address financial considerations, specifically, how to assure their child will be taken care of should something happen to them. The tool most advisors are familiar with is the Special Needs Trust (SNT). Officially blessed by Congress in 1993 (Omnibus Budget Reconciliation Act of 1993), SNTs provide a means for assuring that an individual with special needs has access to financial resources without limiting their qualification for government assistance, such as social security income, Medicaid benefits, subsidized housing and other need-based benefits. These trusts provide income so the beneficiary may pay for non-essential expenses, such as travel or vacation, entertainment, training programs, educational material, etc. Most SNTs are funded via gifts from the parents, life insurance proceeds or inheritances. Care must be taken if the trust is to be funded with assets personally owned by the special needs individual (as is the case with personal injury settlements). For example, the trust must contain “payback” language that requires the trust to reimburse the state’s Medicaid agency for any medical assistance payments.

One alternative to establishing an individual SNT that has become popular in recent years is the pooled special needs trust. These trusts are managed by non-profit organizations and may appeal to those who are concerned with finding the right trustee and are looking for professional management of the trust by individuals who are familiar with the SNT rules. Pooled SNTs may be established as self-settled trusts without disqualifying the beneficiary from receiving government benefits, as they’re required by law to contain payback language, as mentioned above. Such trusts are not available in all states, require ongoing administration and trustee fees and may be less flexible than individually drafted SNTs.

It’s important that professional advisors who work with parents of special needs children have an understanding, or at least an appreciation, of the unique challenges these individuals must face. Reaching their goals requires an effective transition plan, development of a dedicated support team and implementation of a contingency plan should something happen to them. To the degree we as advisors are able to assist in any of these steps, the rewards will assuredly exceed any monetary compensation we may receive. Robert Heinlein, the early 20th century writer, once said, “Love is the condition in which the happiness of another person is essential to your own.” Jane’s parents love her unconditionally and simply want her to live a happy life—the same wish they have for their other children. On their journey, they’ll need the assistance of a few extraordinary advisors and the support of generous individuals in their community to assure they reach their goal for one exceptional child.

[i] 2009/10 National Survey of Children with Special Health Care Needs, conducted by the Centers for Disease Control and Prevention’s National Center for Health Statistics