/sites/all/themes/penton_subtheme_wealthmanagement/images/logos/footer.png
Recent
Recent
Seven Tips to Help Financial Advisor Firms Protect their Customer Lists
May 20, 2022
Nine Must Reads for the CRE Industry Today (May 20, 2022)
May 19, 2022
Dondero’s NexPoint Targets More Than $1 Billion for New Wager on Single-Family Rentals
May 19, 2022
SEC Judges’ Constitutional Cloud Darkens After Appeal Ruling
May 19, 2022
Featured
The 10 Best and 10 Worst States in Which to Retire in 2021
Jul 15, 2021
Poll: 15 Classic Books on Investing and the Markets
Apr 03, 2020
Fifteen Must-Listen Business Podcasts for Advisors
Aug 14, 2020
Celebrity Estates: Jay Leno and Planning for Classic Car Collections
Feb 22, 2022
MY LIFE AS A CLIENT
brought to you by 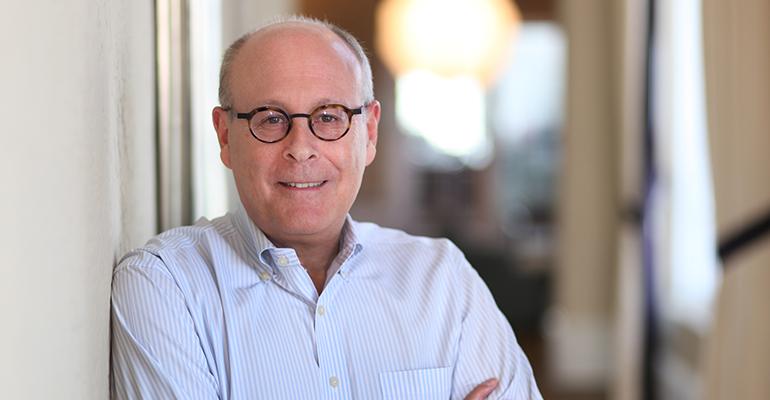 My Life as a Client: Only as Strong as Your Weakest Link

What do your clients really say about you behind your back? Here’s the view from Warren Bimblick, a media consultant in New York City and former executive at Penton Media.

For years, I contributed the maximum to my 401(k). During that time, I left one employer and then a company where I was working was sold. So, I rolled the money over to Fidelity, making the allocation decisions myself. I had another account that I managed myself very conservatively, mostly in cash. Then about 10 years ago, I realized that, other than my apartment, that account was my biggest asset, and it was time to get professional advice. I was around 50.

I decided to go with a recommended money manager in Boston, to handle my 401(k). It was an registered investment advisory firm that started as a family office. I met with the chief investment officer and he was great. Six months before the crash he put all my money into high-quality corporate bonds. When the market started to come back, he switched strategies.

Related: Eight Clients Dish on Their Advisors: The Good, The Bad and the Ugly

He’d come to New York twice a year and we’d have breakfast. I never questioned him about his decisions regarding my account. But, I couldn’t stand his office personnel. There were these supercilious client representatives; the only time I heard from them was when it was time to pay my fee. My guess is they were better at talking to “Mrs. Jones” who had $40 million with them and needed help buying a car. I felt like the poor relation.

Years befire, I had met a financial advisor from a wirehouse at a convention. We exchanged cards. Like a good advisor, he realized I was a potential client. We would get together for lunch once a year, and he made sure to stay in touch. When the company I worked for was sold, I got a nice payday out of that. My first reaction was to call the firm in Boston. In the meantime, they had a new client service advisor on my account who actually was much better. I decided  to invest and have them put the money into a municipal bond fund. It did well. They’d upped their game.

But I realized that, perhaps this was the time to put my money somewhere else. So, I called the wirehouse advisor and we got together and he asked me questions no one else had ever asked me before. How long do you intend to work? What is your philanthropy strategy? He did a cash flow model of me living to aged 89 and how much I’d need each year. That was very comforting. He also suggested I put all my money in one place. First I thought, “why would I do that?” Then, after some discussion, I realized it was the right thing to do.

We got together several times, and about six months ago, I decided to step up my game. He arranged to have me meet with people from his portfolio management team and we again went over my strategy. I learned a lot from them. The advisor has an assistant who is remarkable; if I email, she’s on the phone with me in five minutes. Also, they offered me strategies I’d never really thought about, like a credit card and a line of credit. And we’re planning to meet soon with my accountant and a lawyer to discuss estate planning.

So far, we’ve met about every few weeks, mostly in his office; partly because I’m looking at setting up some kind of charitable trust. I noticed he had a season subscription to the Metropolitan Opera. It seems he’s gotten enough into my head to know I love the opera because he said that if I ever want to attend, just let him know.

The hardest part of switching firms was telling the Boston firm of my plans. I picked up the phone to call, but I just became a coward and emailed. My former advisor was angry, but then he replied again and said, “let’s remain friends.”