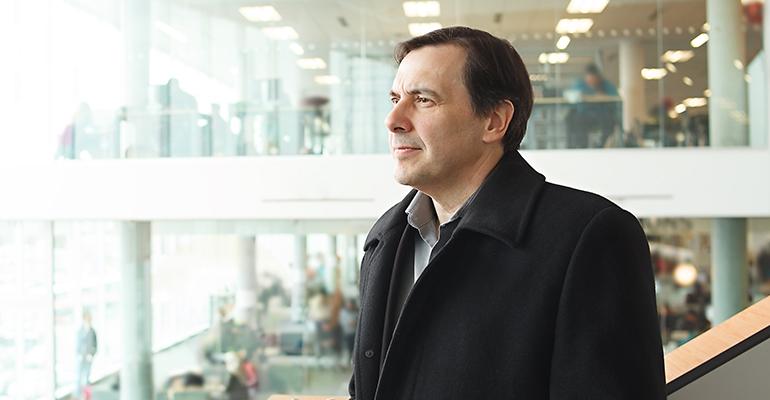 My Life as a Client: No Client Too Small

Ever curious about what clients say about their financial advisors behind closed doors? We recently got the lowdown from Kevin Huhn, 54, who, after an eclectic career, now heads Be Your Best Today, a media and public relations firm near Toronto.

My wife and I started with our first advisor in the late 1990s. He was a friend; someone I’d known for quite some time. The first year was great. We gave him all our information, and he in turn made recommendations about the steps we should take—get this kind of insurance, that kind of mutual fund—just the standard steps any financial planner would advise. We met a few times in person: an initial meeting, then a follow-up and another follow-up.

Then the wheels fell off. After that first year, we hardly spoke with the advisor. If either my wife or I didn’t reach out, we wouldn't hear from him. A couple times I left a message and I didn’t even get a callback. That routine lasted five years.

We realized we just didn’t have the kind of money he was looking to invest and his only concern was if he could make a sale. I thought a financial advisor was about what’s good for the client, not what’s good for himself. Also, there was a big disconnect on goals. The conversation was always around retirement, but we never discussed that I might not want to focus on retirement. What if I like what I do and I’ll work until I die? For him, that was putting a square peg in a round hole.

In 2004, we met another advisor through a recommendation. We thought maybe that he would be better. After a year, the firm’s owner took over from our advisor. The owner and I got along well. At that ime, I was transitioning from working for a big company to starting my own business, a multimedia platform about hockey for families, parents and coaches. I also had written a book and was appearing on TV and radio—just the somebody he’d want to have in his Rolodex.

We pulled some money out for the business, so that was a bit of a decline for him in terms of the size of our account, but I felt we’re not looking for a loan, we were looking for him to be our financial advisor plus, as the business grew, we’d actually be giving him more money to invest.

Then we received a letter that said, “I want you to know I’m going to move you over to this other person. I normally work with certain types of clients.” It was a nice way of saying “you’re not big enough.” So again, we didn’t have the kind of money they wanted. By 2006, we’d had enough and left that firm and handled our finances on our own for a while.

Then, while I was still running my business, I started work for a hockey league. At one event, I met a guy who was a financial planner. I liked him and his approach. We decided to switch over to him. Soon after, we moved to Arizona, returned to Toronto after a year and a half working for the hockey league all while running my own business. In 2014, I closed down my business and decided I was done with hockey too. I took a senior position with a marketing firm for a few years, traveled across the country for a year in a motor home with my family and, finally, started my own media and public relations firm.

We stayed with our current advisor during that time. He’s a complete 180 from the others. He’s very responsive and thorough—before making a suggestion, he asks relevant questions; informs us frequently about what he’s doing—and doesn’t try to sell us anything.