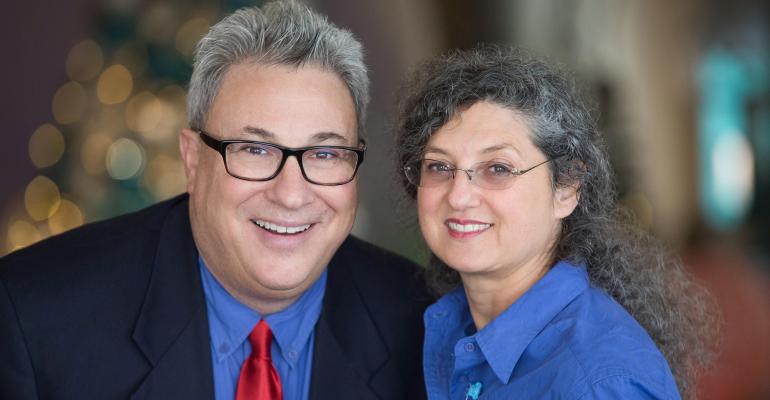 My Life as a Client: Just Answer My Emails

A lot can be learned listening to clients’ experiences working with financial advisors—good and bad. We talked to husband and wife Hank and Sharyn Yuloff, who run Yuloff Creative Marketing Solutions, a Sedona, Ariz., small business coaching firm.

Hank Yuloff: We handled our finances ourselves for a while, using a discount brokerage account. But we realized it was a lot of work. You start watching shows on cable, you get deluged with information and a lot of it is not consistent.

Then in the 1990s, a very trusted friend, who is a forensic accountant, invited us to a seminar being put on by a couple of financial planners. We weren’t necessarily looking for someone. But our friend knew we were handling our finances on our own, and if we were going to use an advisor, he trusted these guys. They were referral partners.

I ended up meeting with one of them at his office. I liked the guy. He was around the same age as us. My thought was, we can work together for a long time.

Sharyn Yuloff: And he had a partner who was younger and wicked smart.

Then the younger one decided to change careers. We were a little concerned, but it turned out to be fine. He was more of the analyst and the older one was more the face and clearly led the conversations when we met.

Hank: We met quarterly. They were the ones who reached out. They’d send us notes in advance. There was an agenda. What we loved about them was, if we had questions—we heard this company is good, what do you think?—they were prompt in answering. They spoiled us for anyone else.

Sharyn: And on a more personal level, they got our humor. We were able to mesh with them. It wasn’t all numbers.

Then our advisor decided that he’d found a spiritual awakening. He told us he was leaving the business and he’d sold his practice. We ended up staying with the buyer for a little while. It was OK during the transition, when our old advisor was still in the loop. Once that transition was over, however, he was done.

The new guy was not responsive at all. We would email him, and it would go into a black hole. We’d call, tell him he hadn’t answered us. And he’d say, oh yeah, I saw that. Here’s my answer. Well, if you’re able to answer it, why do we have to chase after you? We’re not folks who email all the time. But things come up.

Hank: It can be so simple. You just want to know you’re heard. This is what we teach our clients. When your customer calls, even if you don’t have the answer, the best thing you can say is, I don’t know. Let me get the answer for you.

Sharyn: We also thought, maybe email isn’t his thing. We asked, what’s your favorite method for communication? He told us email is best.

Hank: During this time, we moved from LA to Sedona, Ariz. We had to rebuild our business connections. So, we joined a couple chambers of commerce. We met a financial planner who was in one of the chambers and decided to have a conversation.

Sharyn: We clicked with him like we did with our first advisor. We talked to him about his methods and recommendations. Like most financial planners, he did a review of our current assets. He also asked why we were looking to change. We told him, the returns are OK, but the guy is not responsive.

Once we made the switch, the new advisor also wasn’t responsive. We thought about telling him we weren’t happy and why. But first, we decided to look back at our communication and see where there might have been a glitch. It turned out, we weren’t always emailing him at his business address. Sometimes our messages would go to his private email, and that’s when we didn’t hear from him.

So we decided, let’s try to be really careful. When we reach out, only reach out to his work address. It made a difference. We didn’t need to have that conversation about leaving.

Making a change from one financial planner to another is a headache. It’s not just pulling a switch. It has to be worth the stress.