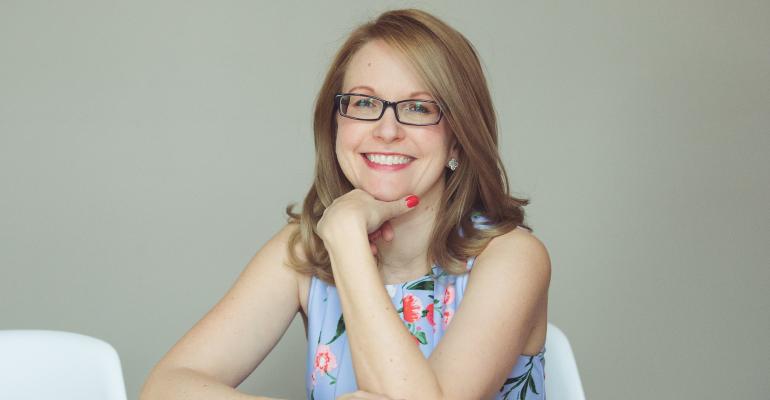 My Life as a Client: Fleeing High Fees

Successful financial advisors know what their clients really think about them. Period. With that in mind, we talked to Christine Luken, a Cincinnati-based personal finance coach, about her experiences as a client.

In 1999, I started working for my family’s business and there was always a point person for the company’s 401(k) we could meet with. I took advantage of that. It wasn’t a deep dive, just, OK, of the 15 funds the company has, I should have maybe 20% in each of these five choices.

Then I started my own business in 2012. We coach people to help them get out of debt and learn how to manage their finances. I didn’t do anything with the 401(k) for a few months. But I knew a financial advisor I’d met through the chamber of commerce. I decided we should roll everything over to her. I didn’t interview anyone else.

She put together a comprehensive plan for us. But I didn’t fully understand how she got paid. She was with a big national firm, and eventually, I learned she was getting both a commission and a flat fee. But that came later.

At first the market was doing well. Things were looking good. Then, I remember there were several quarters where I was hearing news about how the market was up, but our portfolio was relatively flat. That was a red flag. Then I read a book by Tony Robbins called MONEY Master the Game. And in that book he talked about the hidden fees in mutual funds. I learned about front loads and back loads, all this stuff I didn’t know that much about. He pointed to a free resource where you could plug in your funds and see what the fees were vs. what was considered to be a reasonable charge. I saw that over 20 years I would be paying $250,000 in fees.

By that time, I had been networking quite a bit with financial planners, because they had clients who needed my help. I met with two of them casually. Both of them had come highly recommended from other people I knew. I said, I read this book that was talking about fees. And I asked if they could look at my portfolio and let me know if my suspicions were correct. Both of them said the same thing. I was correct. Plus, my advisor had us in this prefabricated, cookie-cutter thing, so she wasn’t actively managing my portfolio but was charging me to actively manage my portfolio. They also pointed out that the funds were all house funds. I realized I was in a crappy portfolio, being charged higher-than-average fees.

Both of these other advisors were independent, so they didn’t have an incentive to sell me something unnecessary. I knew I should switch to one of them. But I made sure my husband was involved in the decision-making process. With the first advisor, he’d just said, well, you know best. Because I coach people on their money. This time, I told him, although I knew this would make his eyes start glazing over—he’s an engineer but doesn’t care to get into that level of detail about this kind of thing—I really needed to know his gut feeling. He liked the same guy I did. And we’ve been working with him for about three years.

The big difference from the first advisor is now we have much more frequent communication. I probably get a call every three to four months. He’ll tell me if a fund is underperforming or he wants to switch to another one. And we meet face-to-face at least once a year. The portfolio is much more tailored. And he’s paid a percentage of the portfolio.

Leaving my first advisor—that was a hard conversation. I felt like I was breaking up with her. And I knew I was going to keep seeing her at chamber meetings. I basically told her I’d done some research and I couldn’t overpay for an underperforming portfolio, no matter how much I liked her. She was very professional about it. I also got the feeling she wasn’t 100% happy with the tools the company was giving her. A year ago, she left to start her own firm.